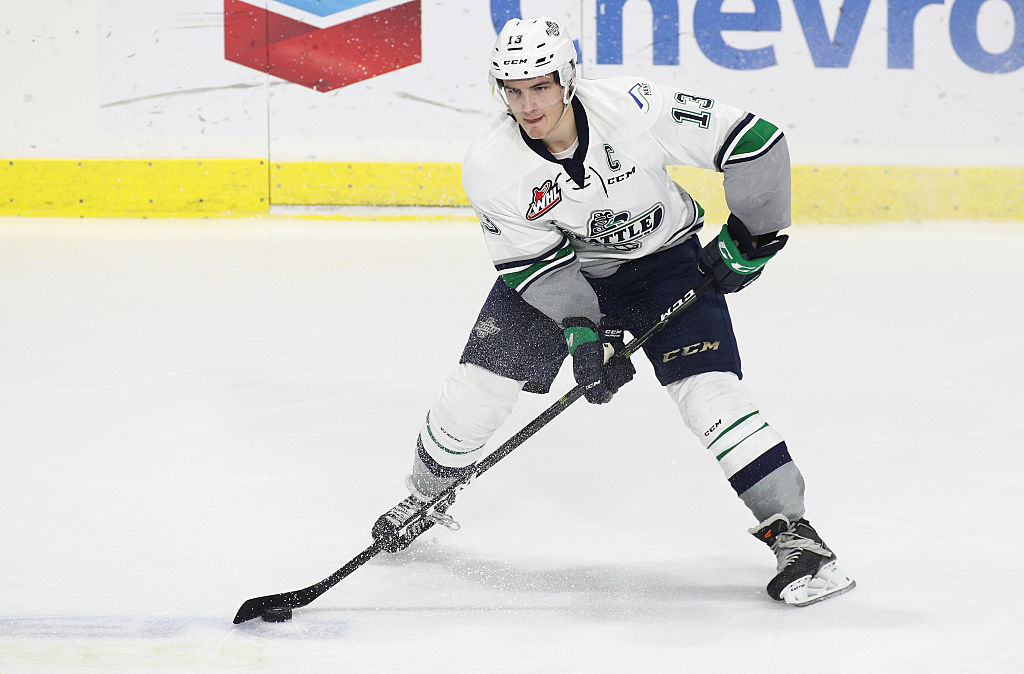 EAST MEADOW, N.Y. – Mathew Barzal wasn’t expecting to have a brush with hollywood when he showed up to a summer workout with his trainer in early July. However, that was the case on July 12 when Barzal met and briefly worked out with actress Olivia Munn.

The Islanders prospect was in Vancouver working with trainer Rob Williams of Sports Core Performance and happened to be the next client that Williams was scheduled to work with after Munn.

“It was just cool getting to meet her,” Barzal said about the experience. “Did a couple balance things with her. She’s super nice so it was just a cool experience.”

And the hollywood star wasn’t the only brush with celebrity Barzal had that month.

“We had no idea, she just showed up,” Barzal said. “And then it was funny the next week we met Nick Swardson, so it was pretty cool. My trainer has some good connections in the acting world. It was just cool to meet some of those guys.”

Barzal may not be getting tickets to Munn’s next blockbuster, but he will be looking to punch his ticket to the NHL when training camp opens later this week.

The 20-year-old forward is expected to compete for a roster spot this year and could very well find himself playing at the NHL level for a large portion of the season. Barzal exploded in the WHL for 79 points (10 goals, 69 assists) in 41 regular season games for the Seattle Thunderbirds.

Barzal added 25 points (seven goals, 18 assists) during the playoffs as he led his team to a WHL title. The Islanders prospect is hoping that success translates to the professional ranks now.

“I think it helps a lot just in terms of confidence and going through that grind in the playoffs,” Barzal said. “Playing in big games and that kind of stuff. It was a lot of fun and it’s something I’ll never forget.”

Barzal spent the summer working on getting stronger and faster, which were two things the Islanders wanted Barzal to do when he was sent back to juniors last season. And the offseason work appears to already be paying off for the young forward.

.@Barzal_97 is bringing it this morning! #Isles pic.twitter.com/0BMnnF5AGY

Bridgeport Sound Tigers head coach Brent Thompson has noticed the work Barzal has put in during their on-ice sessions during rookie camp.

“An elite guy, his hockey IQ, his movement, his speed,” Thompson said when talking about Barzal. “He’s doing a lot of good things and he’s working very hard.”

Barzal had a brief stint with the Islanders last season before being returned to his WHL club. Barzal appeared in two games, one against the Montreal Canadiens and the other against the Washington Capitals, but struggled during his time on the ice.

Barzal will obviously look to make a stronger impression this time around and, even though there are increased expectations on him entering this year, his mindset hasn’t changed much.

“It’s just kind of the same mentality I’ve come in with to the last two camps,” he said. “Trying to work hard and make a good impression. I cant really control anything else, so. They have a lot of depth on their roster. They have a lot on their roster, a lot of good players. I’m just trying to work hard and hopefully make a good impression these next couple of weeks.”