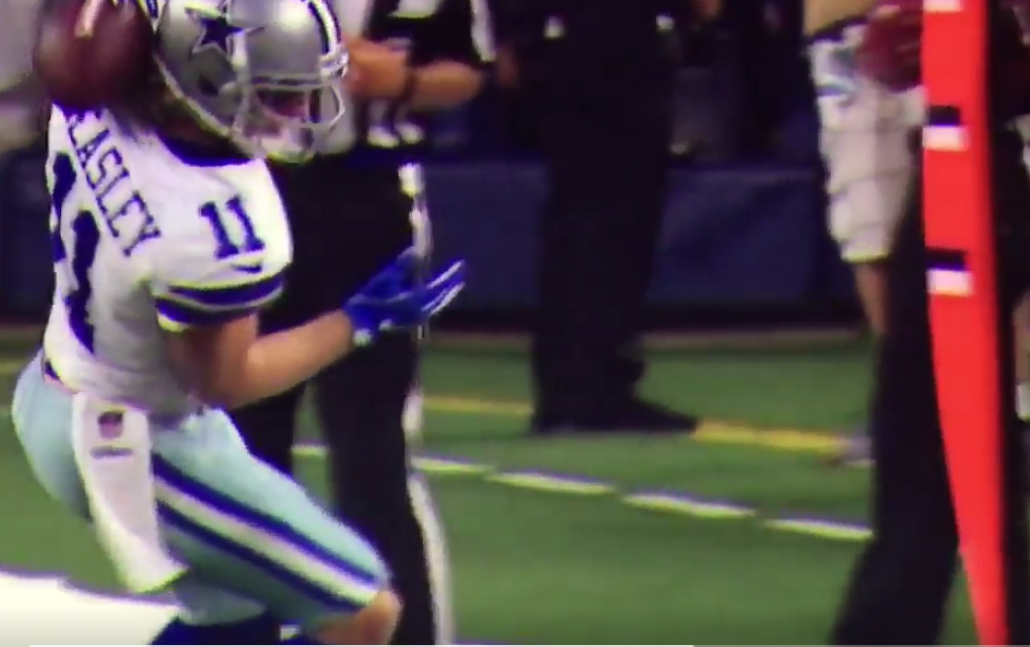 Odell Beckham may not have played in Sunday night’s Cowboys-Giants game, but another receiver came to play and submitted an early “catch of the year” candidate in the NFC East matchup.

Cole Beasley does great work in the slot, and his quickness helps open things up for the Cowboys receivers on the outside. And while he’s not known for making spectacular catches, he made one in Sunday night’s game.

Beasley had cornerback Eli Apple draped all over him on the particular play as he attempted to haul in a pass from Dak Prescott. He juggled the ball, and as he neared the sideline, he realized the only way to catch it was to pin the ball to his body.

So, he did. Check out how he pinned the ball to his neck near the sideline to make the catch in bounds.

An amazing display of skill and concentration was involved in making that grab.