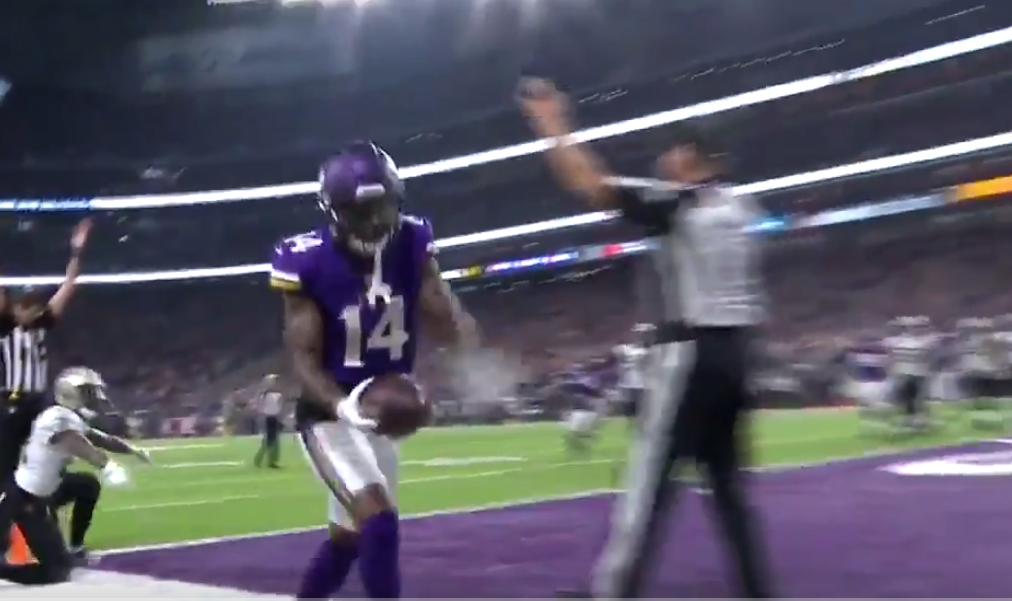 Stefon Diggs was a thorn in the Saints’ side all night in Monday night’s game.

Diggs hauled in two touchdowns from Sam Bradford in the first half alone, and helped give Minnesota the separation it needed to pull away. The second one was a back-breaker as it came on the team’s final offensive play in the first half, and forced the Saints to abandon the run and be predictable, with a 16-6 lead.

He capped it off with an unorthodox celebration in the end zone, that entailed him punting the football into the stands.

Celebrations are allowed now, but that probably should’ve been a penalty.