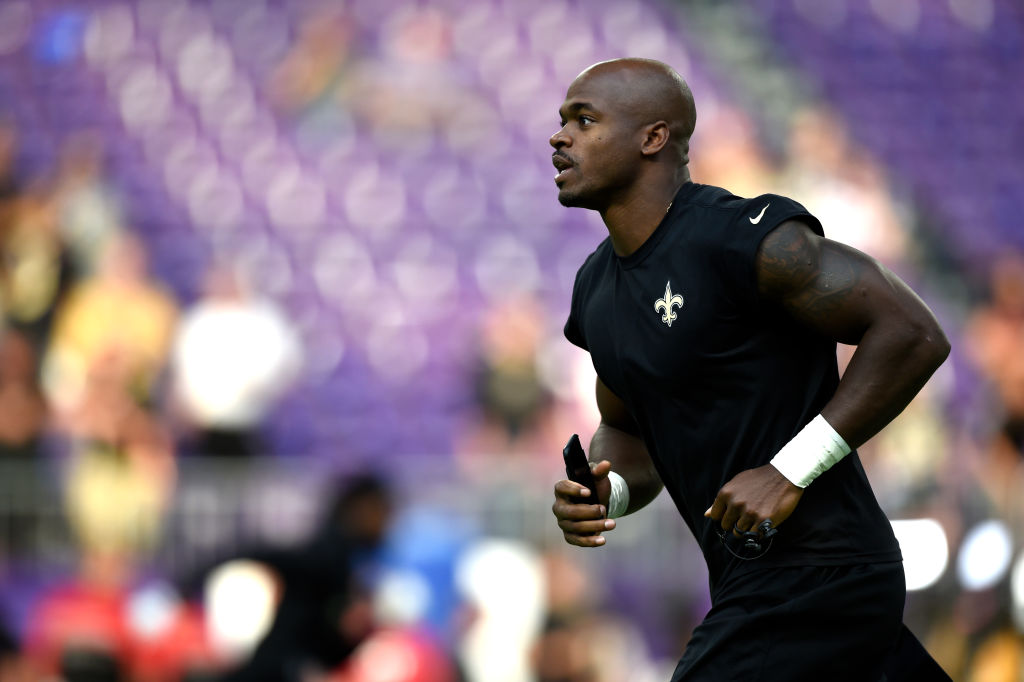 Saints running back Adrian Peterson didn’t exactly receive a warm welcome in his return to Minnesota on Monday night.

Most fans expected a mixed reaction when he came into the Saints huddle for the first time, but it was anything but. In fact, it was mostly boos, which could be heard on the TV broadcast. Reporters in the press box echoed that sentiment as well.

Twitter users shared some opinions on the boo birds shortly after it happened.

Peterson being boo'd by the fans who he gave everything for, for 10 seasons. Absolute rats.

Why the Vikings fans boo Peterson? I hope he runs all over you guys tonight! He carried that franchise for years! #APAllDay

Adrian Peterson is being boo'd. Makes no sense. ¯_(ツ)_/¯ #SaintsVikings

If you boo'd AP after his first carry then take a hike. That's some horse 💩💩💩

We can’t fault the Twitterverse for feeling that way, as Peterson had spent the entirety of his career up to this point with the Vikings. He played 10 seasons in Minnesota, racking up 11,747 rushing yards and 97 touchdowns, but Vikings fans have a short memory, apparently.