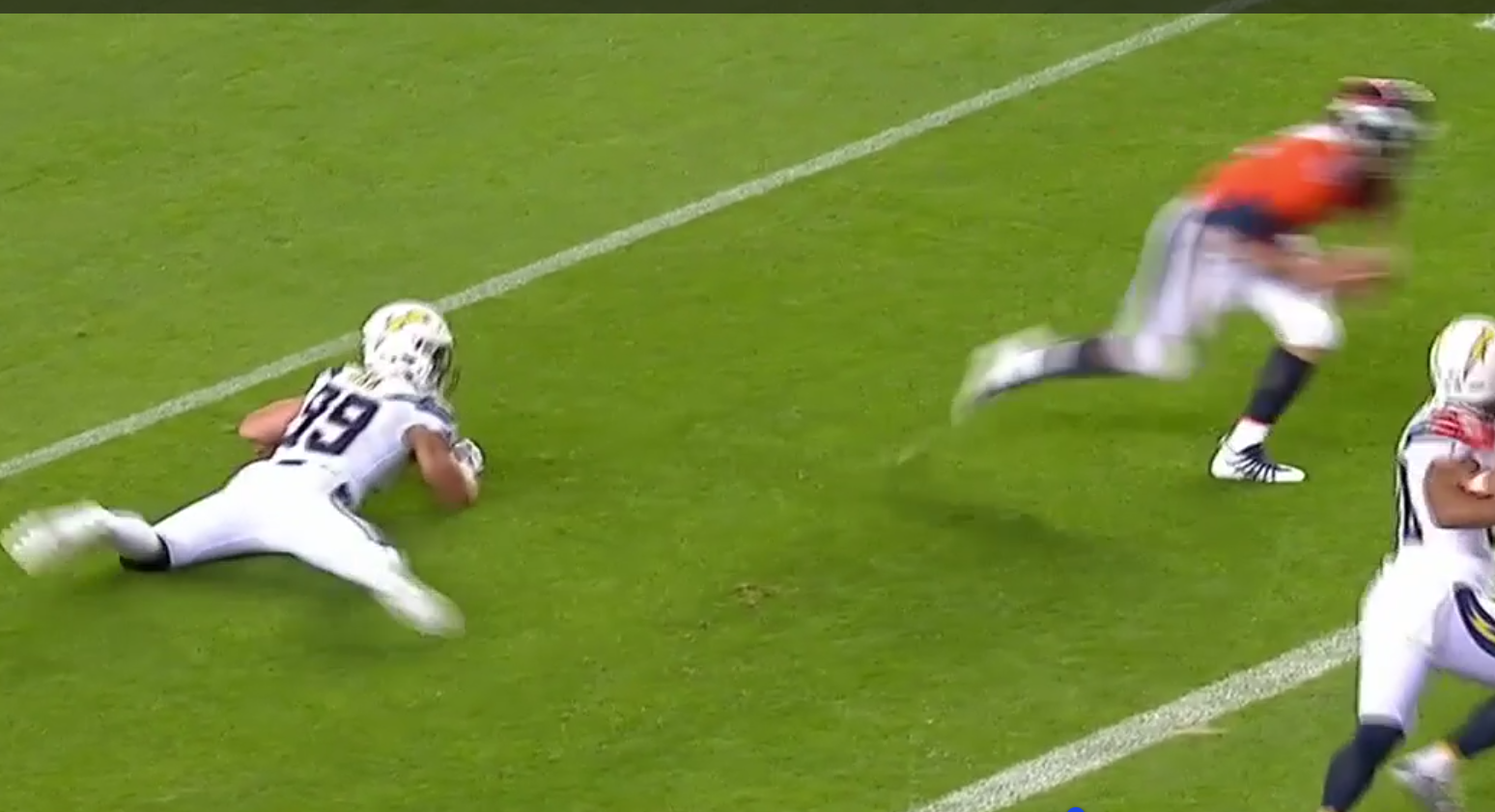 Siemian, who beat out Paxton Lynch to win the Broncos starting quarterback job in training camp, showed that the team’s coaching staff made the right decision in picking him on Monday night. He made good decisions with the football, looked poised in the pocket and was accurate on his throws.

And he juked Joey Bosa big-time on one particular play.

It happened in the second quarter, with the game tied 7-7. The Broncos were faced with a second-and-goal situation, and they rolled Siemian out to his right. He faked a throw, and then cut back inside — which Bosa bit on — then scampered into the end zone to give the Broncos the lead back.