Your Morning Dump... Where Ray Allen finally goes on the record. 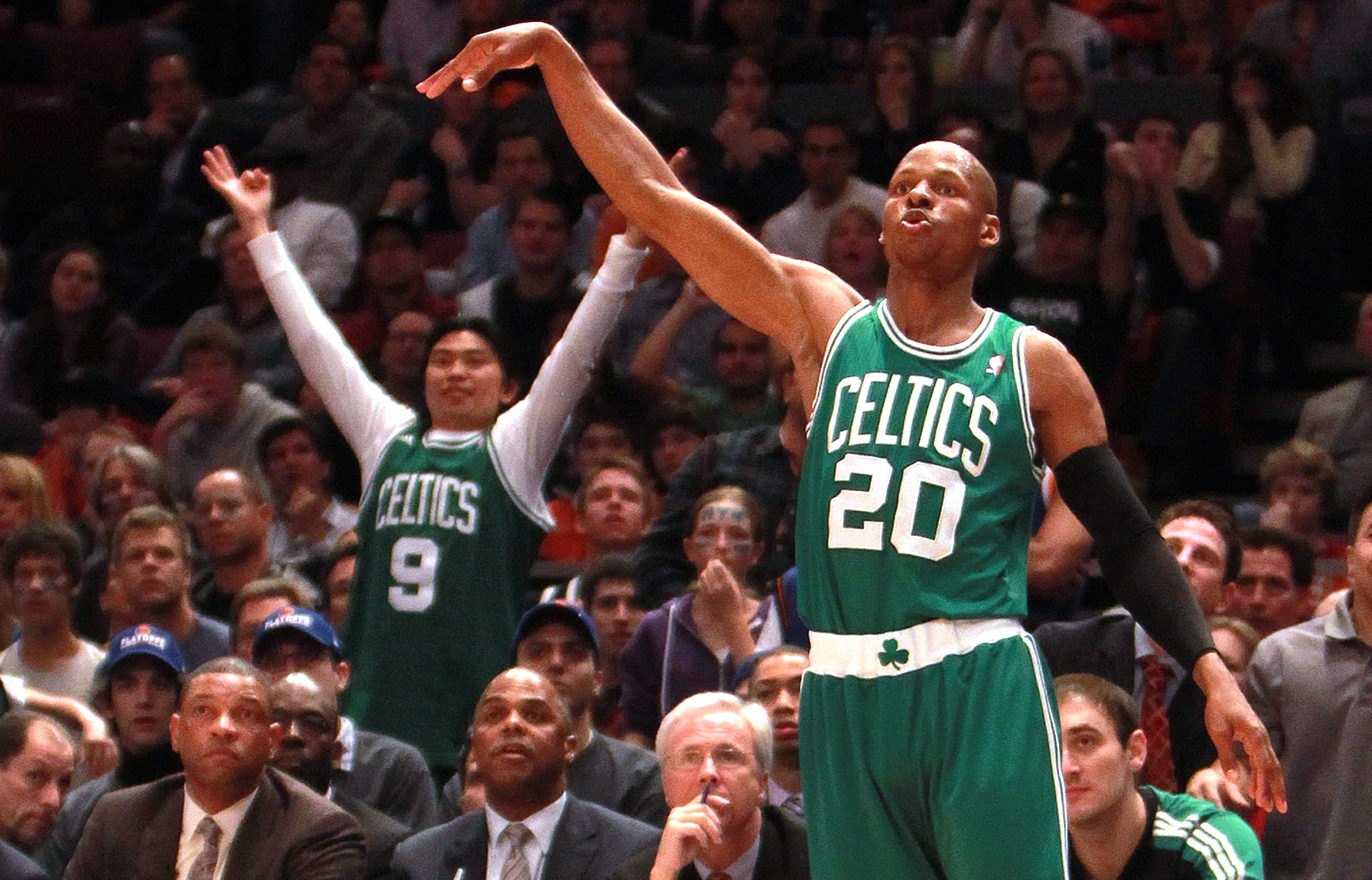 Your Morning Dump... Where Ray Allen finally goes on the record.

So Ray Allen is an interesting dude.

I belong to the ‘no they shouldn’t have retired his number’ club as well as the ‘no, he wasn’t disloyal’ club.

Watching the video above, Ray strikes me as being like half Doc Rivers and half Danny Ainge. Allen is like Rivers in that he’s going to try to tell you a bit of what he thinks you want to hear (both of them have rather labored explanations for leaving Boston). And I agree with Mike Dynon–I think Ray should stop trying to win this argument.

At the same time, there are a lot of people who respect Danny Ainge, who respect Ainge’s judgment, and who despise Ray Allen, and to me, that doesn’t make much sense.

And, deleted Instagram and Facebook comments aside, a bit of reflection shows that Ray ain’t far wrong when he says that he’s kept his mouth shut over the past 5 years. This ‘feud’ was created and kept going by one side.

I wonder if Allen Googled images for hours before settling on that one, or if he had the pettiest photo saved on his computer for the right occasion.

And, see, I’ve got an issue with that.

After Allen left, we got all sorts of inside dirt on him; stuff that did indeed make him sound a bit petty.

Perhaps, because we all wanted additional reasons to dislike Allen–to sort of retroactively write him out of the “Big Three” era, perhaps because we were plenty miffed with Allen’s choice, we didn’t realize how petty some of Allen’s ex-teammates were being, both with their comments in public and anonymously sourced behind-the-scenes tales.

Perhaps we didn’t want to see the dissection and analysis of Ray’s decision in a TV studio five years after the fact as petty, but you know what? It kind of was.

“When we got the franchise 15 years ago the No. 1 objective was to win championships,” said Pagliuca. “Some people are happy to go to the Eastern Conference finals and be a competitive team. That’s not really acceptable in Boston, so I think Wyc and the whole ownership group pride themselves on the directive is to win a championship.

“When Danny said to get to the next level we’re competing with world-class teams like Cleveland and Golden State, and we have to have a core group that can withstand the charges of those guys . . . this was the best thing to do.

Having put my doubts about Kyrie on the record, it’s pretty clear from the article above that the Celtics ownership believes Irving can be a transcendent player.

Periodically during the Celtics’ rebuild, you would find people worrying about the Celtics getting stuck ‘in the middle’, as part of that class of good enough and occasionally interesting teams that bounce around in the playoffs most of the time or just barely out of them, sort of the Denver Nuggets/Portland Trailblazers/Indiana Pacers/Milwaukee Bucks class of teams.

That comment above shows why that was never going to be a problem. Average teams with average GMs that make consistently safe choices stay in that realm of ‘good’ and ‘occasionally “in the discussion”‘, but never seem to get everything together and make a run. Boston does not have a GM unwilling to take risks, as the decision to part ways with 11 members of a 53 win team should indicate, and they have an ownership group that has adopted Gottlieb Daimler’s motto: das beste oder nichts, “the best or nothing.”

And, if Kyrie indeed turns into something else, that’s going to be another black mark against the Cavs organization. By catering to Lebron’s whims they will have missed the chance to develop the kind of player that would likely have convinced him to stay in Cleveland.