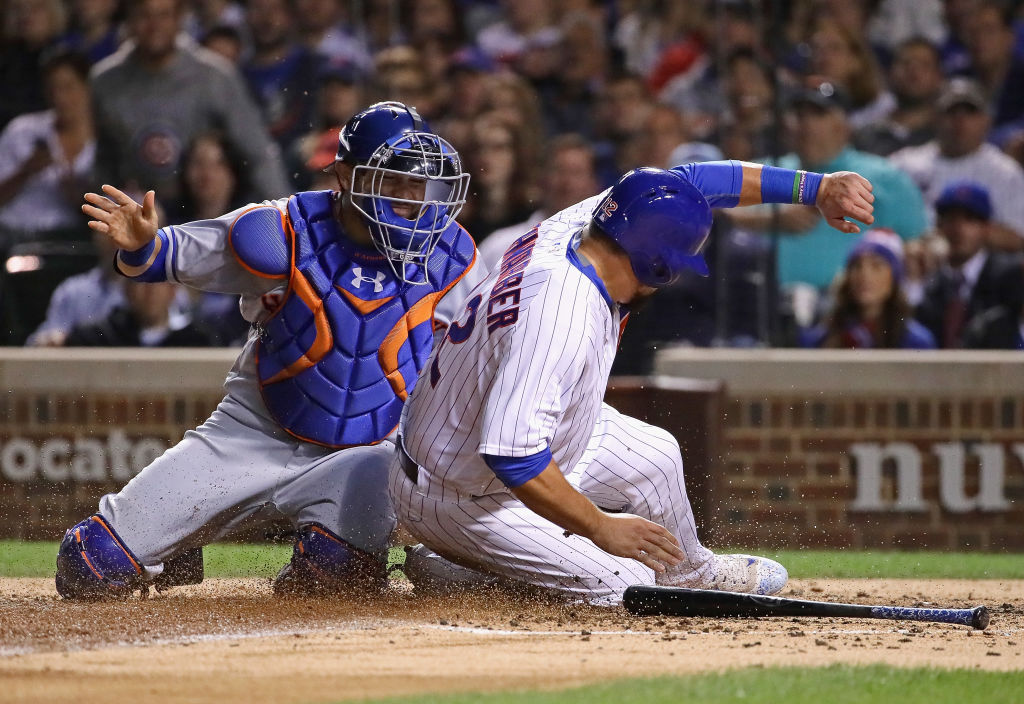 For the first time in a while, the New York Mets (63-81) got to play in meaningful September games. Unfortunately for them, the games are only meaningful for the Chicago Cubs (78-66), who picked up an 8-3 win over the Mets to open a three game set last night. The Mets have two more cracks to try and put a dent in the Cubs’ postseason plans before they leave town and will look to take advantage of those opportunities beginning tonight. First pitch for the middle game of this three game series is scheduled for 8:05 pm at Wrigley Field. CHICAGO, IL – SEPTEMBER 12: Kyle Schwarber #12 of the Chicago Cubs slides in to score a run in the 4th inning as Travis d’Arnaud #18 of the New York Mets attempts the late tag at Wrigley Field on September 12, 2017 in Chicago, Illinois. (Photo by Jonathan Daniel/Getty Images)

The Mets will send right hander Matt Harvey (5-4, 5.82 ERA) to the mound tonight. Harvey pitched better in his last start, giving up two runs in five innings of work to defeat the Cincinnati Reds last Thursday. The Cubs will counter with lefty Jon Lester (10-7, 4.35 ERA). Lester also earned a win his last time out, allowing one run in six innings of work to defeat the Pittsburgh Pirates last Thursday. 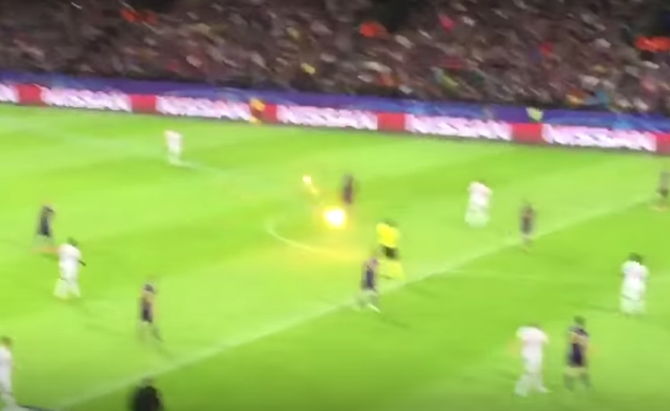 A soccer referee nearly got burned — literally — while doing his job in a Champions League match on Wednesday. It happened during the match...