Atmosphere, And The Pressure Attached 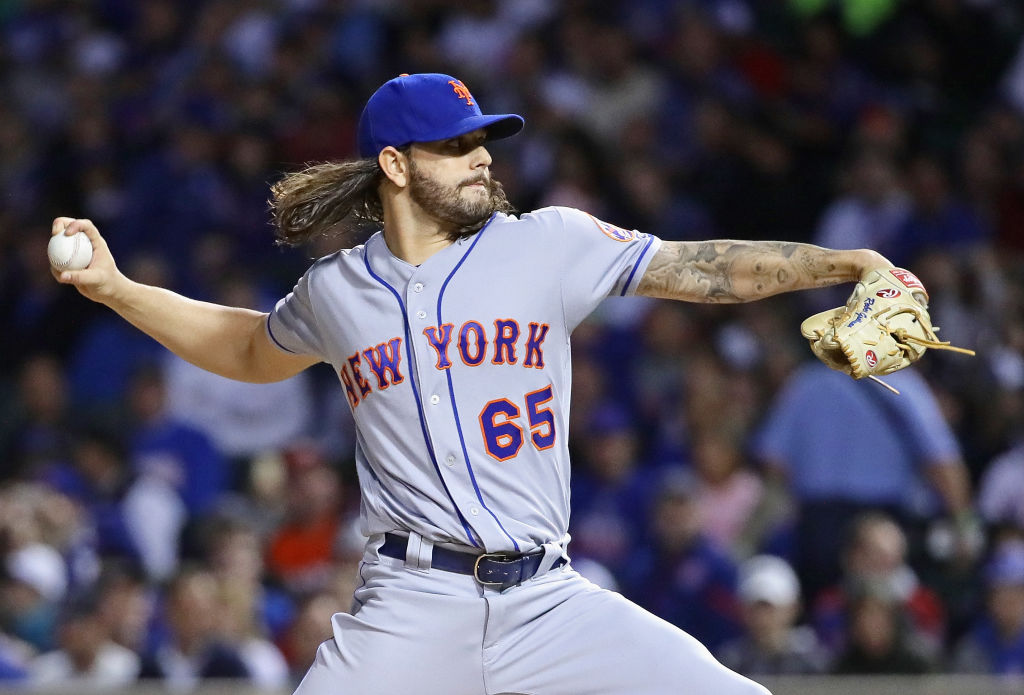 Atmosphere, And The Pressure Attached

I was thinking it, and Gary Cohen voiced it. This series against the Cubs will be the last series of the season that is important to at least one team. And the atmosphere that came through on your television set showed it. Wrigley Field is still involved in a pennant race. Progressive Field, home of the 20 game winning streak of the Cleveland Indians, is involved in a pennant race (one which they are lapping the field.) Hell, even Citi Field was involved in a pennant race tonight, as the Tampa Bay Rays are using that as home base after the uncertainty regarding Hurricane Irma. (And you can donate to the relief effort here.)

(Seriously, how weird is it to have the Mets on the out of town scoreboard at Citi Field?)

Robert Gsellman handled that atmosphere fine last year, at least while the rest of the league didn’t know who he was. Now, as his changeup is increasingly affected by some sort of pressure from that baseball atmosphere which makes it go right to the middle of the plate, Gsellman is affected more and more. He struggled through the first three innings yet escaped. But one too many changeups drifted towards the middle of the plate, and unfortunately it did so on its way to Kris Bryant. Belt high fastballs beg to be hit. Belt high changeups have enough time to formally invite you to be hit with a meeting request on Microsoft Outlook. That’s what Gsellman’s changeup did for Bryant, and Bryant obliged with a three run home run to make anything that happened beyond that point an afterthought for Mets fans in an 8-3 loss to the Cubs. Kyle Schwarber hit a home run, Ian Happ hit a home run, and I think Jody Davis and Keith Moreland even hit home runs for the Cubs off the Mets bullpen. Maybe Eric Hanhold, who they just got in the Neil Walker trade, can come up for some innings and save us from the likes of Tommy Milone, Josh Smoker, and Doug Sisk.