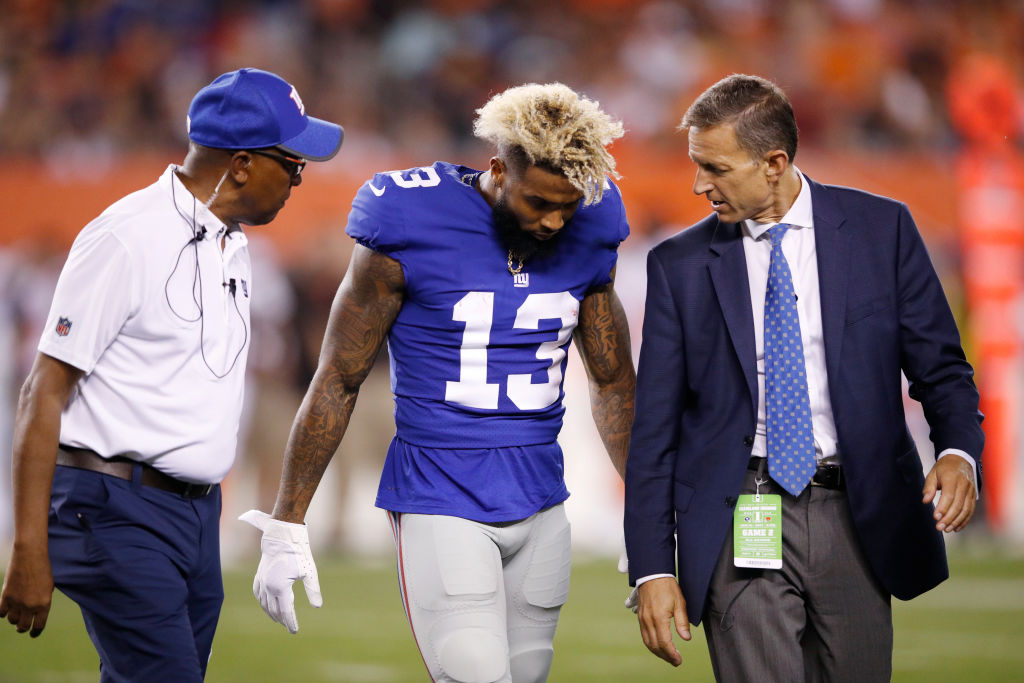 Giants receiver Odell Beckham Jr. missed Sunday night’s divisional matchup against the Cowboys with a foot injury, but it didn’t stop him from clubbing it up during Fashion Week.

Just days before the game, OBJ was spotted at a nightclub engaging in a dance battle with NBA star Russell Westbrook, which probably isn’t part of his recovery process.

Page Six has the details:

Spies tell us the football and basketball players had a dance battle as Wyclef Jean performed onstage at Mark Birnbaum and Eugene Remm’s party.”

We have to wonder about what Beckham’s teammates think about it. They were working their tails off to get ready for the Week 1 game, while OBJ was out clubbing it up.

At some point, if this keeps up, you have to wonder when the Giants will hit their tipping point and decide enough is enough.