Three Rookies Who Could Turn Heads in Training Camp 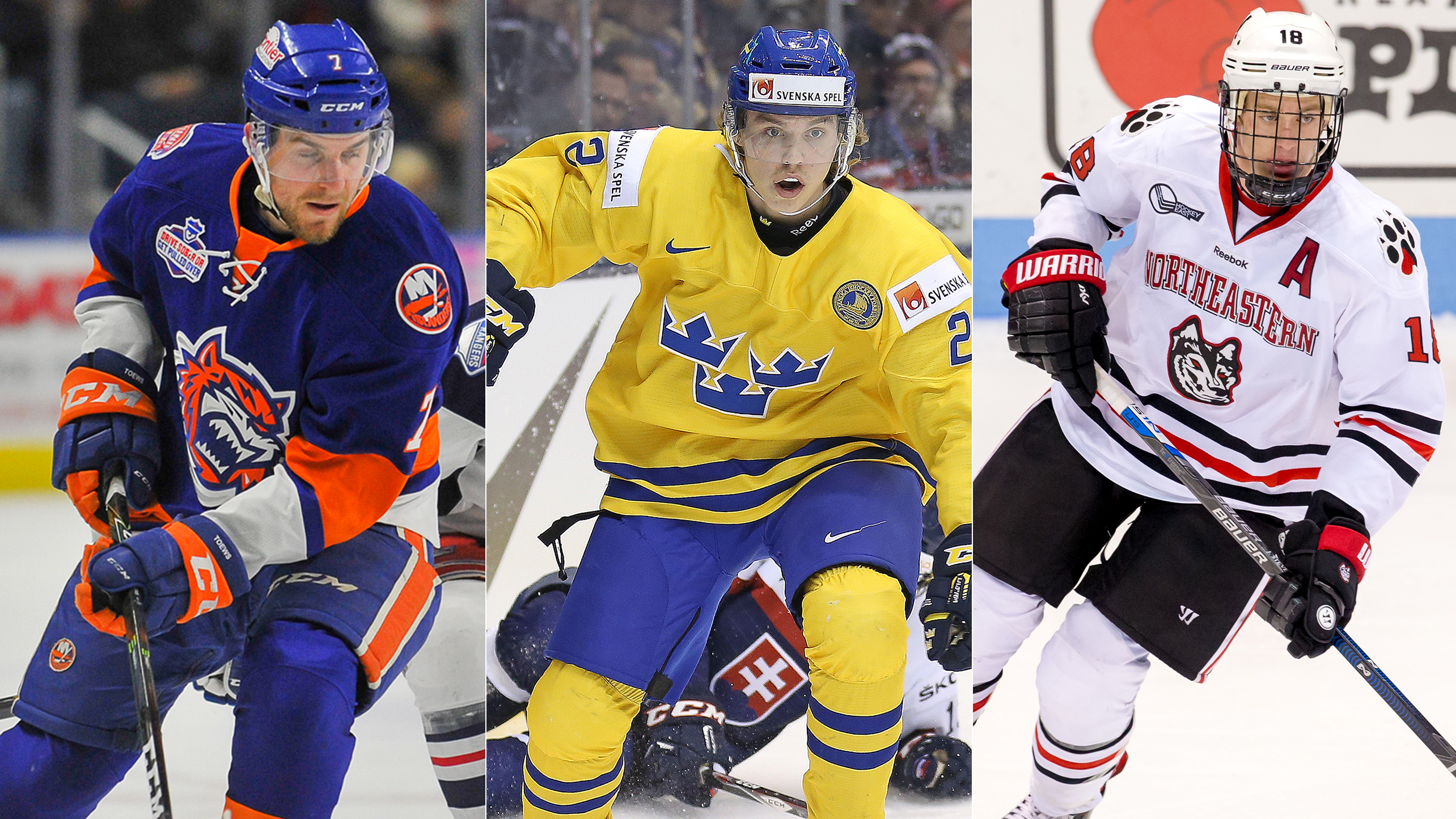 EAST MEADOW, N.Y. – Islanders rookie camp is in full swing at the Islanders practice facility on Long Island and there are several guys on the ice who will be gunning for a roster spot when main camp opens later this week.

The Usual names come to mind like Mathew Barzal, Josh Ho-Sang and Michael Dal Colle when you think of players who could make an impact now. However, there are other players in rookie camp that could jump up and surprise a few people at the big camp.

Here are three players that could make an impression when training camp opens this week:

Drafted in the fifth round of this years NHL draft, Aho has caught the eye of the Islanders coaching staff during rookie camp. Aho, 21, went undrafted for the last two years, but has seen plenty of praise during his time in the SHL.

Aho, who is not related to the Carolina Hurricanes forward with the same name, was second among defensemen in the SHL in goals scored (10) and had 20 assists in 50 games last season. Aho is known as good puck mover, which is a skill that Bridgeport Sound Tigers coach Brent Thompson has seen on the ice at rookie camp.

“His hockey IQ is good, his mobility, he’s got a great stick,” Thompson said. “He thinks the game very well, and again this is in practice. Through battle drills, but I do like the steps he has taken from prospect camp to now. Hopefully he translates that to the main camp.”

The undrafted forward from Northeastern was a bit of a surprise signing back in March. Stevens was the captain of the Northeastern University Huskies and had 28 points (five goals, 23 assists) in 25 games last season. He appeared in eight games with the Bridgeport Sound Tigers and recorded an assist.

“You never know where John Stevens ends up,” said Thompson. I think those are guys that wills surprise a few people at main camp.”

The defenseman’s 2016-17 campaign was plenty to garner some attention last season, but he quickly caught the eye of the Islanders coaching staff during prospect camp and he is doing so again during rookie camp.

“I had the pleasure of coaching him all last year and seeing how good he is, and how focused he is,” Thompson said.

Out of the three players mentioned here, Toews most likely has the best odds out of being dark horse candidate to make the roster out of training camp or be called up during the season.

Sox Beat Up on A's Pitching to Take Series Opener

The Sox have a quick three game series with the A’s before heading on the road for the final road trip of the season.  ...