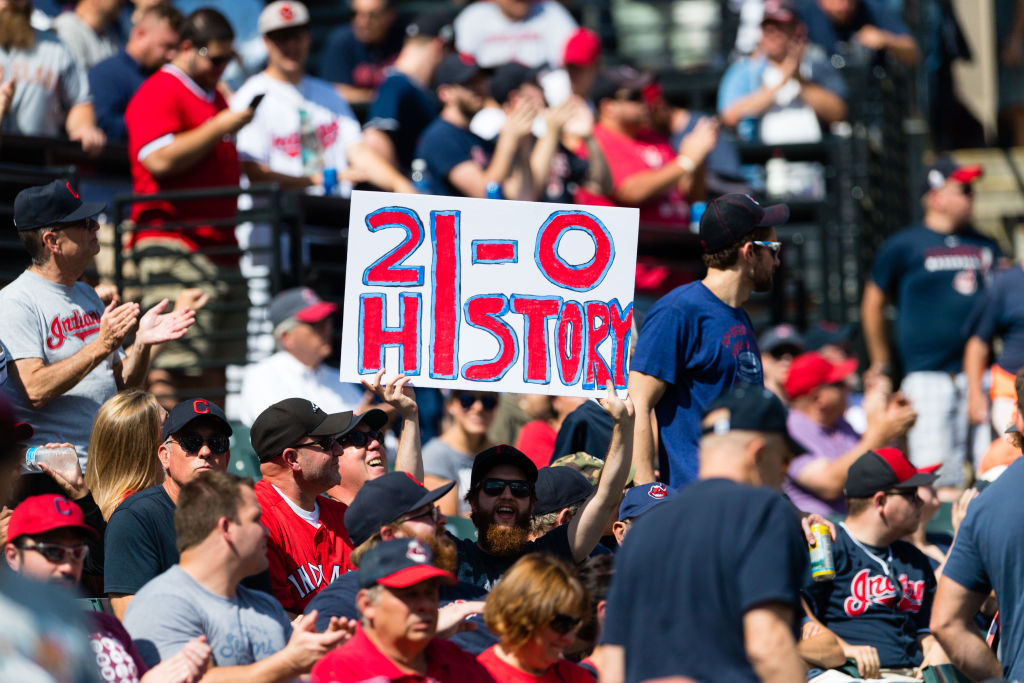 In major news, the Indians did not score first today. Mike Clevinger gave up a single, walk and a Jeimer Candelario double in the first to get the Tigers on the board. However, they did score in the first. Francisco Lindor lead off with a double down the right field line, then Jose Ramirez walked to put two on. After two were out, Jay Bruce hit his first home run since August 24th after hitting three in his first nine games with the team.

In the third, the Indians would a run, but that wasn’t the biggest story. Jose Ramirez doubled with two outs, then came home on Edwin Encarnacion‘s bloop single. After Bruce walked, however, Brad Ausmus and James McCann were ejected for arguing balls and strikes. With a new catcher in the game, Buck Farmer hit the umpire with the next pitch. Although he fell behind 3-0 to Yandy Diaz, he would eventually get out of the bases loaded jam with a line out to left.

In the sixth, Diaz would turn an easy out into a two base error, starting a rally for the Tigers. After the error, a Nicholas Castellanos double brought home Miguel Cabrera and an Andrew Romine single would bring home another after two outs were made, chasing Clevinger from the game with one earned and two unearned runs allowed.

Nick Goody would finish that inning with a strike out, then, after two more outs, Tyler Olson would finish the next. Roberto Perez added an insurance run in the seventh and, while it wasn’t pretty, Bryan Shaw earned a hold in the eighth and Cody Allen finished off the ninth in order for the save and the Indians 21st win in a row.

With the game within a run and one on, Goody came into one of the tightest spots during this winning streak and finished it with a flourish. He struck out two in his one inning pitched and didn’t allow a base runner.

While his day ended abruptly thanks to an error, Clevinger still pitched well today, striking out six, walking one and allowing just six hits in 5.1 innings. It was, however, his first start in his last four where he didn’t finish six innings and the first he allowed a run of any kind.

Bruce’s three run home run off the rail above the wall in left in the first staked the Indians to an early lead, keeping them from trailing for more than an inning and matching the total the Tigers would score in the entire series combined.

Roberto Perez added a bonus run with a solo home run in the seventh.

Tribe Time Tomorrow: The Indians will stay at home after the Tigers for another four against Kansas City to end the home stand. On Thursday night at 7:10 PM, Jakob Junis will go against Josh Tomlin.