Your Morning Dump... Where the Celtics are one of four teams interested in Andrew Bogut 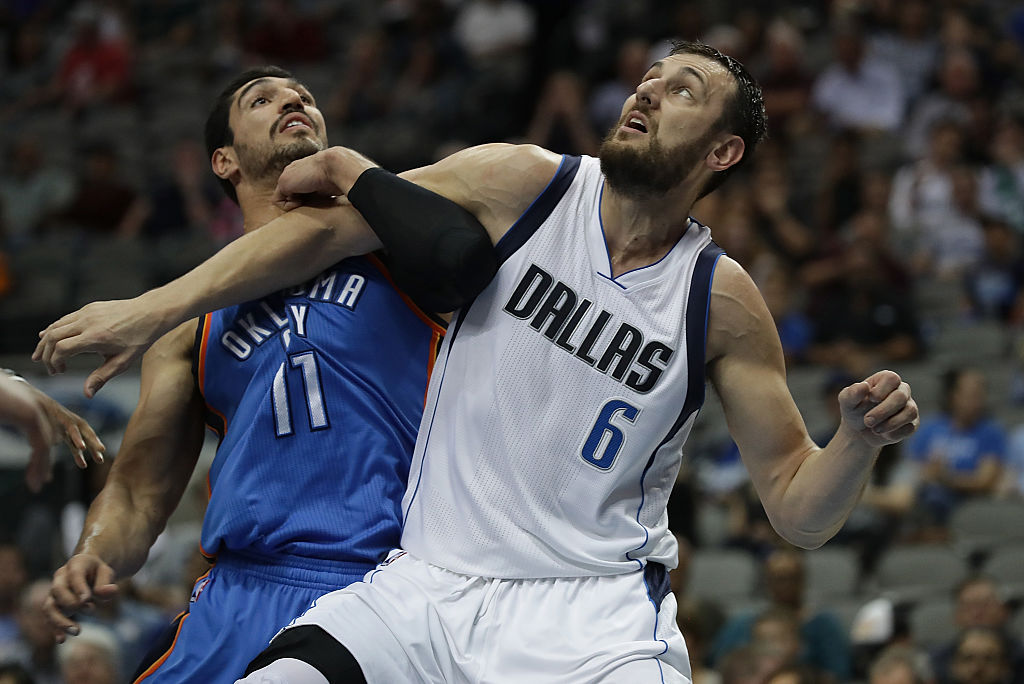 Your Morning Dump... Where the Celtics are one of four teams interested in Andrew Bogut

Free agent center Andrew Bogut was scheduled to undergo a final bone scan on his left leg Tuesday and expected to be cleared for a full return to play, according to a league source.

The source said that Bogut’s camp has had discussions with four teams — including the Celtics — about signing the 7-footer. Bogut is planning to return to the US from his home in Australia this weekend and hopes to finalize a deal next week.

After Bogut negotiated a buyout with the 76ers last March, the big man chose to sign with the Cavaliers rather than the Celtics. But he broke his leg in his Cleveland debut March 6 and was lost for the year.

Boston has one open roster spot, and Celtics president of basketball operations Danny Ainge said last month that the team may keep it open during training camp for greater roster flexibility in case a player is injured. But Bogut, who has averaged 10 points and 8.9 rebounds over his 12-year career, would seem to fill a major need in the post for the Celtics, who did little this summer to address their rebounding issues.

I’m on record supporting the Celtics interest in Andrew Bogut. Despite being 32 and playing only 27 games last season due to a knee injury and a fractured tibia, Bogut would provide a huge help on the boards and protecting the paint.

With only the veteran minimum to offer, the Celtics won’t be able to outbid other teams. But, back in August, the Globe’s Adam Himmelsbach reported, “a source close to Bogut said he is very interested in joining Boston and is expected to be fully healthy at the start of training camp.”

Some of you have voiced your displeasure with Bogut because of his political views (he’s embraced some ridiculous conspiracy theories and expressed some highly questionable alt-right positions). He also doesn’t shy away from political banter on Twitter. At this point, I’m willing to separate basketball and political ideology but reserve the right to change my mind.

On Page 2, the Lakers will retired BOTH of Kobe’s jerseys.

“As a kid growing up in Italy, I always dreamed of my jersey hanging in the Lakers rafters, but I certainly never imagined two of them,” Bryant said in a news release. “The Lakers have bestowed a huge honor on me and I’m grateful for the fans’ enthusiasm around this game.”

The Lakers usually retire only the jerseys of players in the Basketball Hall of Fame. Bryant isn’t yet eligible for enshrinement, but the team is confident he will be inducted.

You just know Kobe is beyond thrilled that his retired jersey(s) will stand out from all the others.

Bryant’s recovery from the rape scandal remains one of the more miraculous (and disturbing) survival stories in modern sports. Reading this account in the Daily Beast has me wondering if Bryant would survive if the situation occurred in recent years.