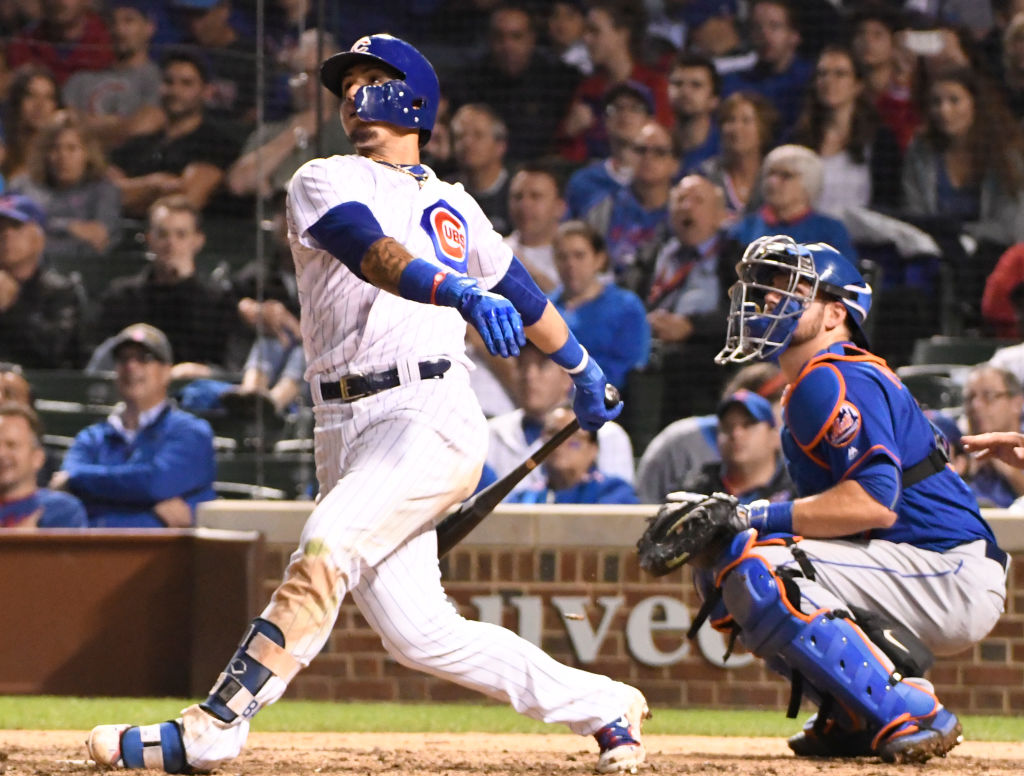 In a series that has a ton of meaning for one team and none for the other, it’s not surprising that the New York Mets (63-82) have looked over matched. The Mets have been outscored 25-8 by the Chicago Cubs (79-66) over the past two days as Chicago is trying to hold off the Milwaukee Brewers and St. Louis Cardinals in the National League Central. The two teams are set to wrap up their three game series tonight as the Mets look to avoid getting swept. First pitch for the series finale is scheduled for 8:05 pm at Wrigley Field.

CHICAGO, IL – SEPTEMBER 13: Javier Baez #9 of the Chicago Cubs hits a home run against the New York Mets during the seventh inning on September 13, 2017 at Wrigley Field in Chicago, Illinois. (Photo by David Banks/Getty Images)

The Mets will send right hander Seth Lugo (6-4, 4.64 ERA) to the mound tonight. Lugo was great in his last start, tossing six shutout innings to defeat the Cincinnati Reds last Friday. The Cubs will counter with rookie right hander Jen-Ho Tseng. Tseng, who is 13-4 with a 2.54 ERA in 24 starts across two minor league levels this season, will be making his major league debut for the Cubs. Lefty Mike Montgomery was originally scheduled to start for the Cubs, but they chose to shift him into a bullpen role in advance of the stretch run.