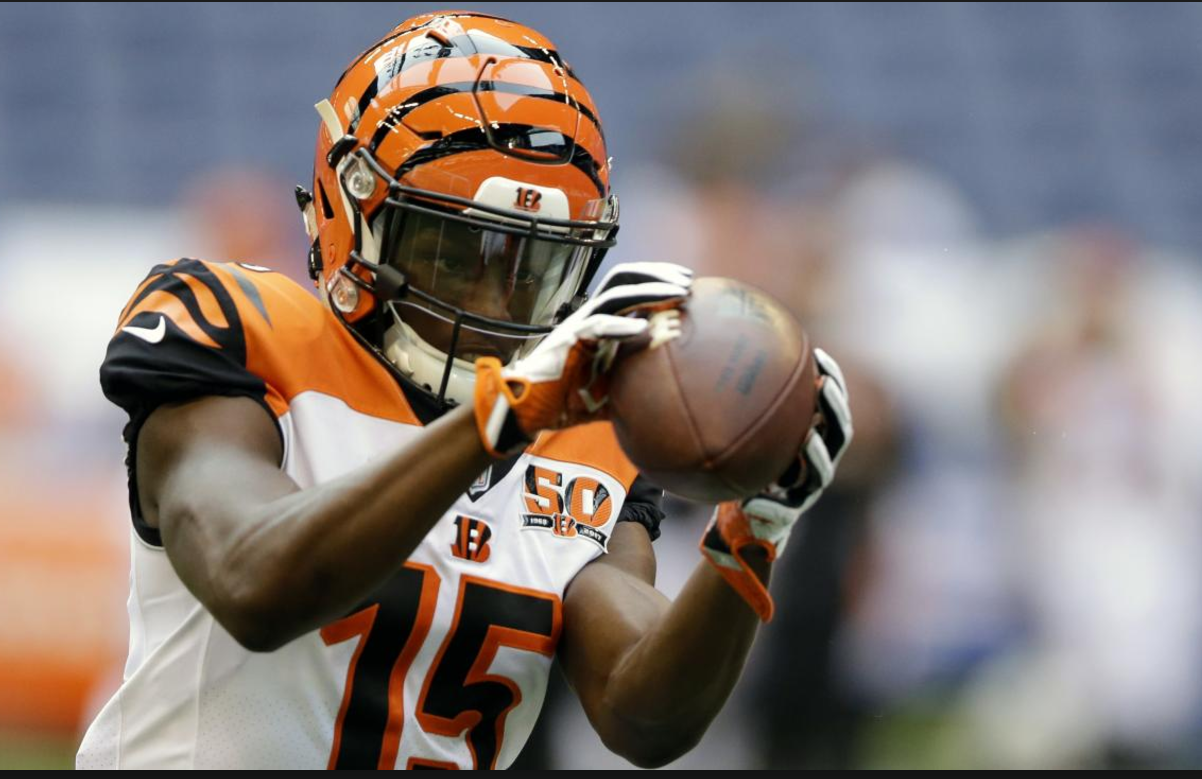 John Ross, who the Bengals selected with the ninth overall pick in this year’s draft, officially began his NFL career on Thursday night, for Cincinnati’s game against Houston. But things didn’t get started off on the right note.

Ross got his first touch late in the first quarter, when Andy Dalton faked a handoff and pitched the ball to the rookie receiver on an end around. The play looked promising at first, with Ross having some room and getting to the edge. After picking up roughly 10 yards, Kareem Jackson put a big hit on Ross and the football popped out.  Jadeveon Clowney picked it up and rumbled down the field, giving the Texans excellent field position.

The talented young receiver will likely learn a lesson about protecting the football from that mistake.