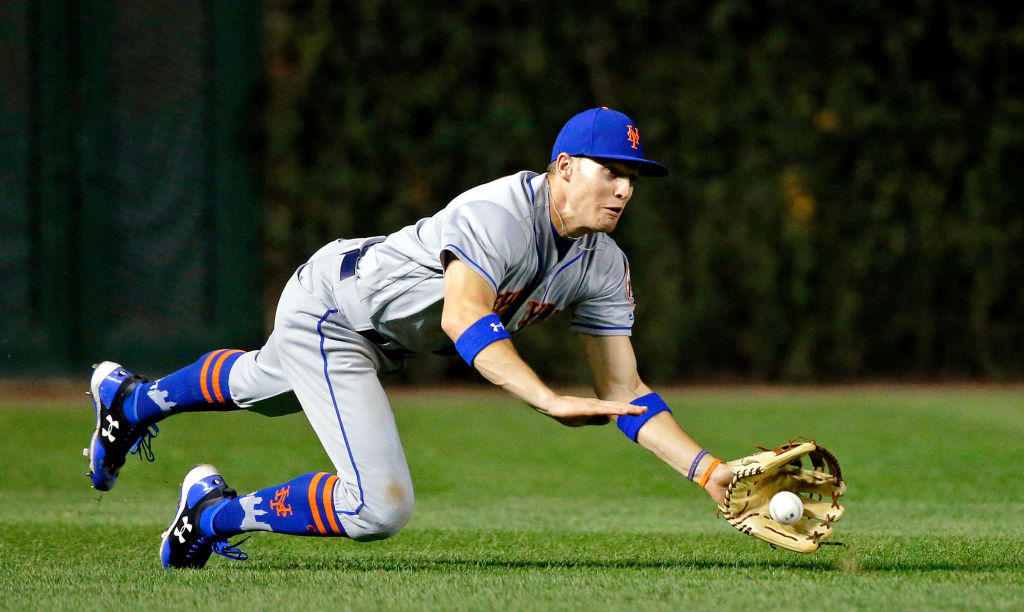 After getting blown away in Chicago the last three days, the New York Mets (63-83) are back to playing games that are essentially meaningless for both teams. The Mets have now lost four games in a row to clinch their first losing season since 2014 and have fallen to fourth place in the National League East. They will look to snap that losing skid tonight as they begin a weekend series with the team directly above them in the standings, the Atlanta Braves (66-79). First pitch for the opener of this three game series is scheduled for 7:35 pm at SunTrust Park.

CHICAGO, IL – SEPTEMBER 14: Brandon Nimmo #9 of the New York Mets fields a ball after bouncing in the grass off a hit by Jon Jay #30 of the Chicago Cubs (not pictured) during the sixth inning at Wrigley Field on September 14, 2017 in Chicago, Illinois. (Photo by Jon Durr/Getty Images)

The Mets will send right hander Rafael Montero (5-9, 5.05 ERA) to the mound tonight. Montero has pitched very well of late, including last Saturday, when he allowed one run in five innings of work to beat the Cincinnati Reds for the second time this season. The Braves will counter with rookie left hander Sean Newcomb (2-8, 4.38 ERA). Newcomb last pitched on September 7th, when he gave up three runs in five innings to the Miami Marlins but didn’t factor in the decision. The Braves ended up winning that game 6-5.