AJ Green complains about lack of targets on final drive 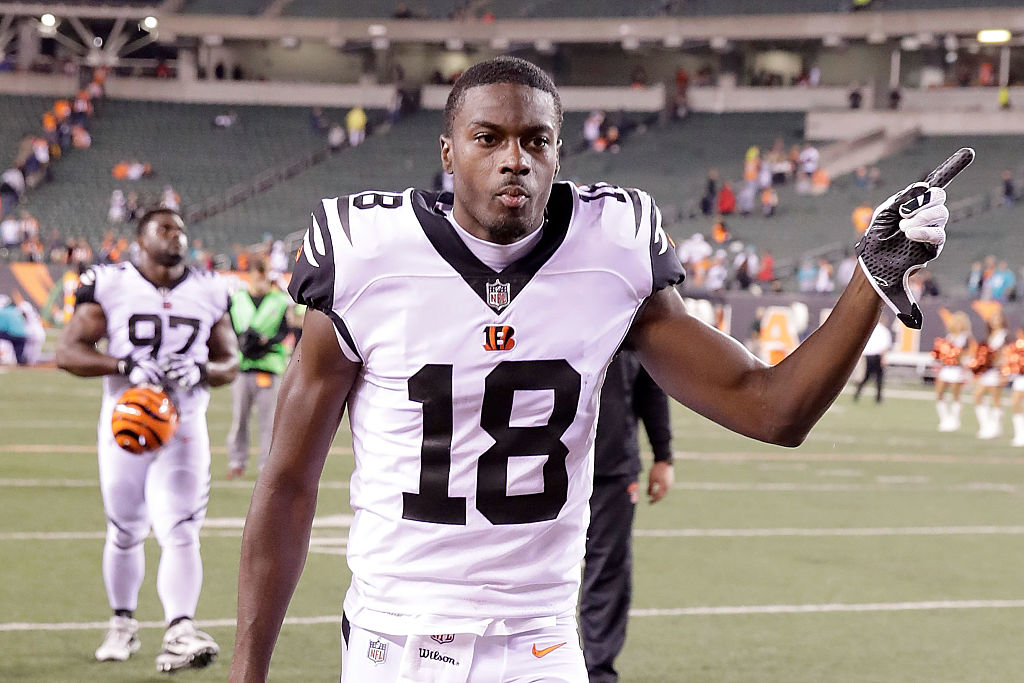 AJ Green complains about lack of targets on final drive

Fantasy football players are not happy with Bengals receiver A.J. Green, who has still yet to score a touchdown through two weeks of play. Many thought Green would bounce back against the Texans on Thursday night, but that wasn’t the case.

I had Green tabbed for 15 targets, due to the urgency from Cincinnati. Judging by how tough it is for teams that start 0-2 to make the playoffs, you’d have thought the Bengals would’ve looked to put the ball in the hands of their best playmaker — in an early “must-win” game, especially with the team having to face the Packers in Week 3.

But that wasn’t the case, and Green was not happy about it.

Green saw only eight targets in the game — and caught five of them, for 67 yards, 50 of which came on one play. And Green was not happy about the lack of targets, especially on the team’s final drive of the game. The Bengals had the ball at their own 31-yard line, with just under two minutes remaining. Dalton threw five passes on the drive, and none went in Green’s direction, which was odd.

Green shared his thoughts on it after the loss, and did not hold back.

A.J. Green: "We have to find a way to get our playmakers the ball. Whatever that is, play calling, whatever it is we’ve got to do that."

Green: "We can live with Andy missing a throw here or there, but when it’s crunch time we’ve got find a way to get our playmakers the ball."

Green isn’t wrong — not at all.