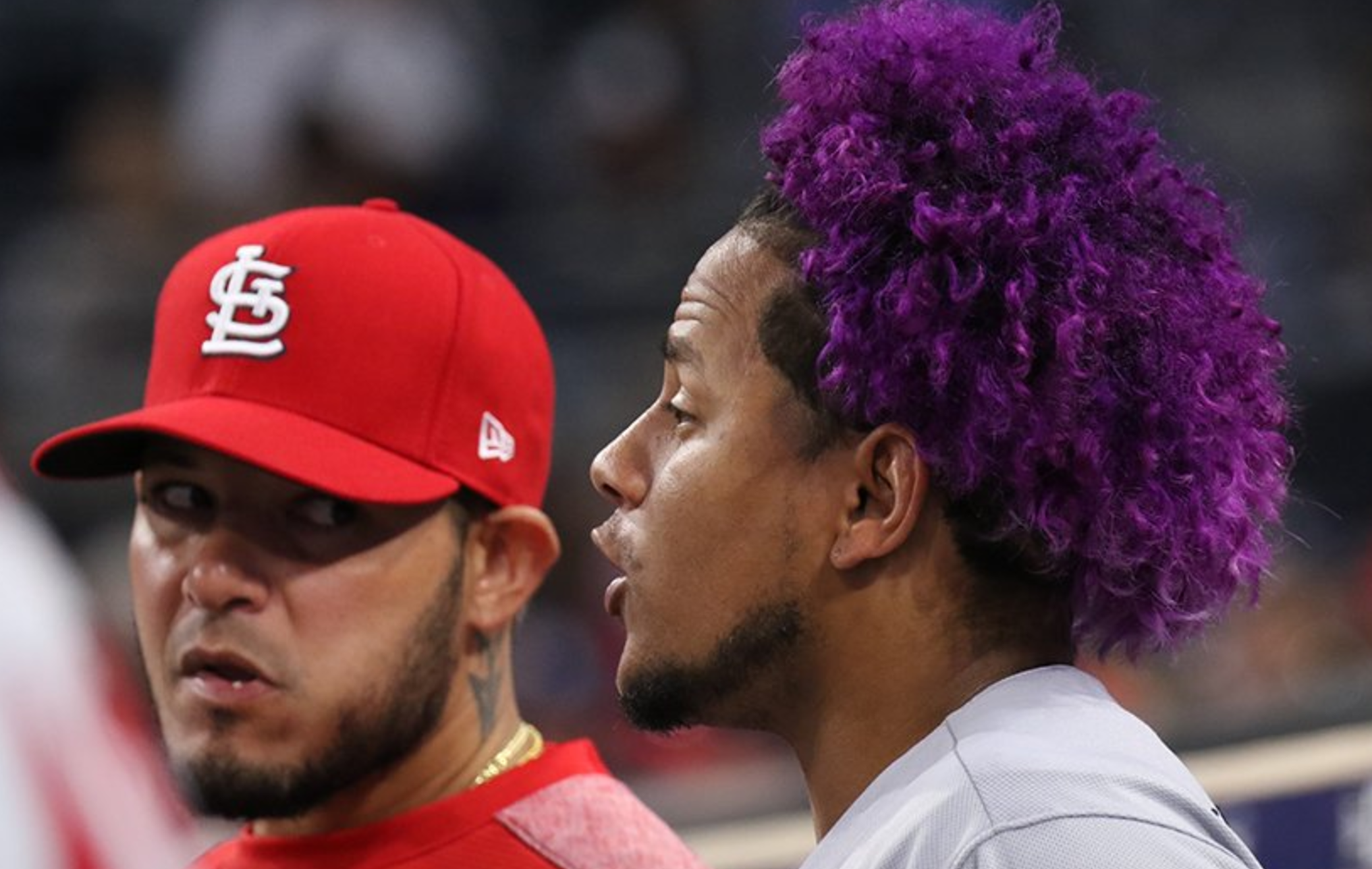 The Cardinals and the Cubs began a three-game series on Friday afternoon that could have huge implications as to who wins the division.

Carlos Martinez squared off against John Lackey in the first game of the series at Wrigley Field, and the Cardinals’ pitcher’s hair really stole the show while he was on the mound.

Check out this crazy look, which Martinez was sporting.

Even his catcher, Yadier Molina, had a “WTF” moment while gazing up at it.