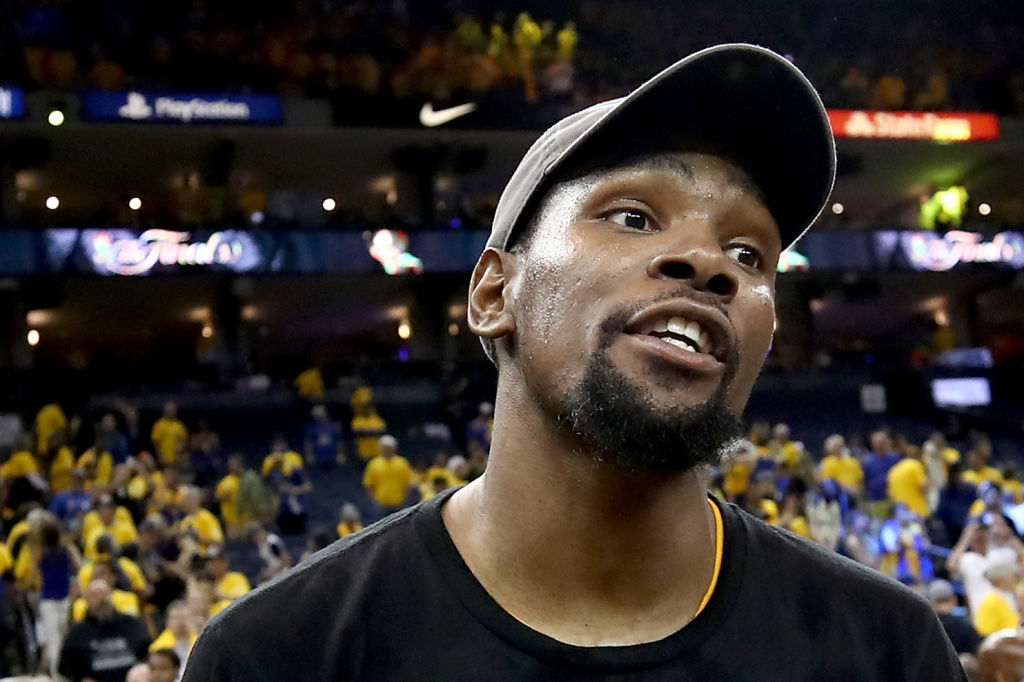 Warriors star Kevin Durant has become a lot more outspoken in recent years, and has now been speaking out about politics — a subject he previously used to steer clear of.

TMZ caught up with KD outside Poppy in LA — a trendy new nightclub that stars have been frequenting. Durant was asked about what he thought regarding the Jemele Hill situation, and he was pretty direct in delivering his response.

KD stood behind Hill for “standing up for what she believes in,” and pledged his support for the SportsCenter anchor.

It seems a lot of athletes are supporting Hill on this issue.