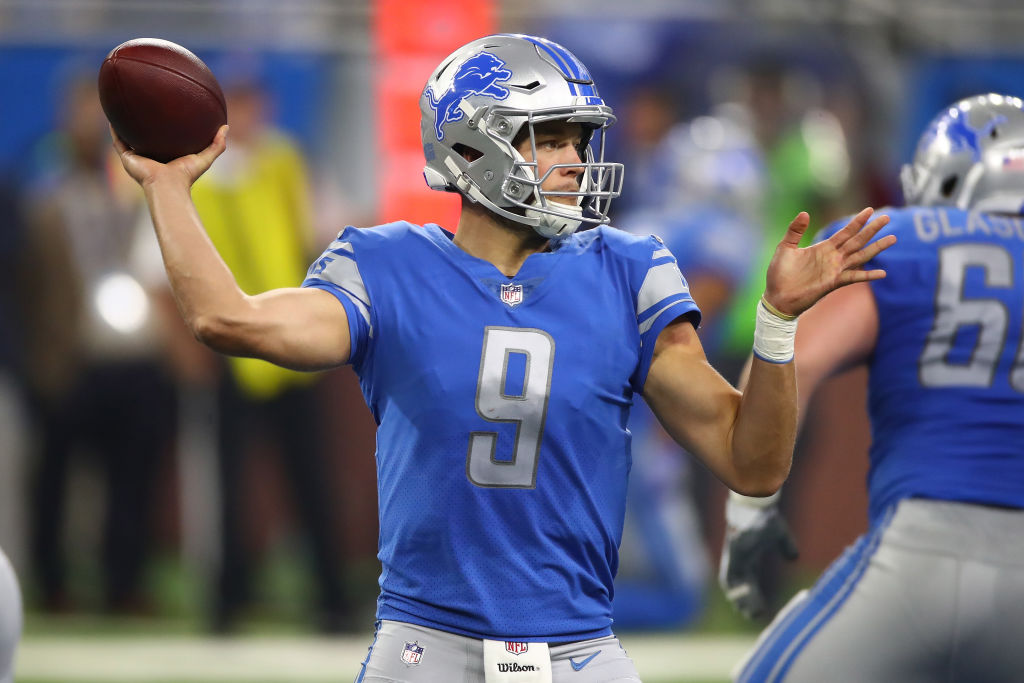 Well, we’re off to a great start, aren’t we?

After our week 1 NFL picks, Attiba and I are already worried about calls from “Vinny”. Perhaps we’re overreacting, but you know us. That’s how we operate. Let’s see if we can turn this thing around for week 2.

Speaking of overreactions, week two is usually the week where things are said that are completely idiotic. For example, settle down, Jaguars fans. Leonard Fournette is going to be really good, but Blake Bortles is still pretty damn bad. Cancel any hopes for raising a divisional championship banner for now.

Here’s something that isn’t an overreaction. The Giants looked bad against the Dallas Cowboys this past Sunday night. They couldn’t get the run game going, Eli was missing throws, and the G-Men just didn’t look good. How much of that was due to the absence of wide receiver Odell Beckham, Jr.? A small percentage of that can be contributed to him being out of the lineup — a pretty small percentage.

Detroit, on the other hand, looked pretty damn good against an Arizona Cardinals team that features a top-10 defense. The Lions’ new $100 million man, Matt Stafford, went for 292 yards and four touchdowns while completing 70% of his passes. Golden Tate resumed his best role in the slot and caught ten passes on 12 targets for 107 yards. The Lions still can’t run worth a damn (3.03 YPC between Ameer Abdullah and Dwayne Washington), but that doesn’t really matter against some teams.

The Giants are one of those teams. I like the Lions at the Meadowlands.

So, week two is about measured sober analysis and well formed reasoned arguments. Haha! Just kidding. Much like the 2016 presidential election, week two is all about crazy irrational overreactions! Here are some of my favorites. (The overreactions are in all-caps):

“TENNESSEE IS STILL GREAT. LAST WEEK WAS JUST A BLIP. I’M GETTING MY TICKETS TO HOUSTON!” Can somebody tell me why this team which has shown exactly nothing so far is still getting enough respect to be favored by 2½ on the road? Don’t forget. Jacksonville beat Tennessee late in 2016 in a game the Titans needed to keep their playoff hopes alive.

“THE COLTS ARE TERRIBLE. THEY MAY NOT WIN A GAME! IF THEY TRY TO COME ANYWHERE NEAR ANDREW LUCK THIS SEASON, A RESTRAINING ORDER MUST BE ISSUED IMMEDIATELY!” Ok. That one’s pretty accurate.

LISTEN! I KNOW I SAID THIS THE LAST TWO YEARS, BUT TAMPA BAY IS DEFINITELY A PLAYOFF TEAM THIS YEAR! BOOK IT! We’ll see. But for now i’m just gonna pick up these seven points you dropped all over the floor.

“ALEX SMITH IS NOW THE MASTER OF THE DEEP BALL!”

*Bonus irrational take* “WENTZ IS THE NEXT ROETHLISBERGER!”

I’m not quite ready to start making space above Peyton Manning as the all time single season passing leader, but I’m liking Smith’s newfound downfield confidence. Add that to the legitimate play action threat of Kareem Hunt, and the Chiefs could truly be explosive.

Also, I don’t know what Wentz is yet, but I will tell you that I did have to cover my mouth to prevent audible gasps more than once watching the Eagles highlights. This pick is more about the coaches than the quarterbacks, though. Eagles coach Doug Pederson is a disciple of Andy Reid, and they both run a similar offense. The Kansas City defense practices against a better version of that offence with actual running backs every week.