Temple makes it two-straight wins with victory over UMass 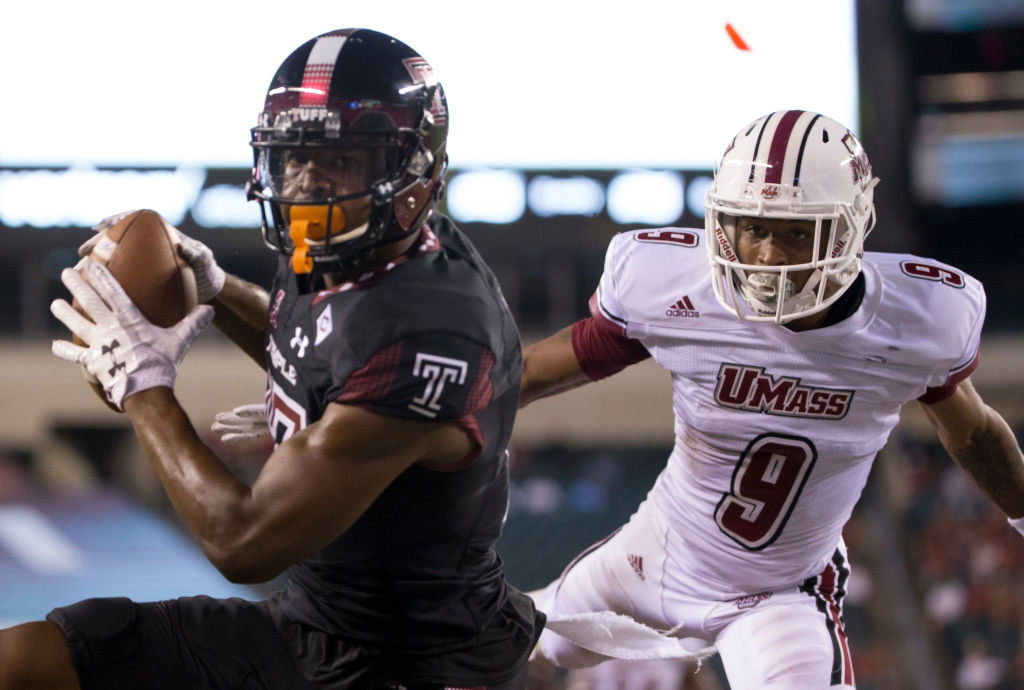 Temple makes it two-straight wins with victory over UMass

Coming off a Week 2 victory against Villanova, the Temple Owls made it two straight wins as they edged past the UMass Minutemen by the final score of 29-21.

Temple’s offense got off to hot start on their first possession of the game with a 56-yard run by running back Ryquell Armstead. The Owls would capitalize on the monstrous gain with a 24-yard field goal by Austin Jones.

Although Temple came out firing, much of the remainder of the first half would be uneventful with Owls’ quarterback Logan Marchi seeing his share of passing struggles.

UMass also struggled to find a rhythm early on as they failed to put any points on the board in the first quarter. Kicker Michael Schreiner would miss two first half field goals for UMass.

The game saw its life coming back late in the first half when UMass quarterback Andrew Ford hit receiver Andy Isabella for a 35-yard gain. The pass would set up an 11-yard touchdown run by running back Nick Orekoya.

Temple would immediately respond on their next drive with a 30-yard touchdown pass from Marchi to receiver Adonis Jennings.

Temple’s defense would also create some first-half magic as defensive tackle Quincy Roche forced and recovered a fumble for the Owls. The turnover would lead to a 11-yard touchdown strike from Marchi to receiver Keith Kirkwood.

Temple would extend their lead early in the second half when a 30-yard pass from Marchi to Kirkwood led to a career-long 52-yard field goal by Aaron Boumerhi.

UMass would cut into Temple’s lead later in the third quarter with a 20-yard touchdown pass from Ford to receiver Jessie Britt.

Temple would extend their lead late in the fourth quarter with a 14-yard touchdown pass from Marchi to receiver Isaiah Wright.

Despite a late three-yard touchdown run by Ford, the Owls would walk away with the win.

Next Thursday, the Temple Owls will head to Tampa to take on USF. Kickoff is set for 7:30 p.m.