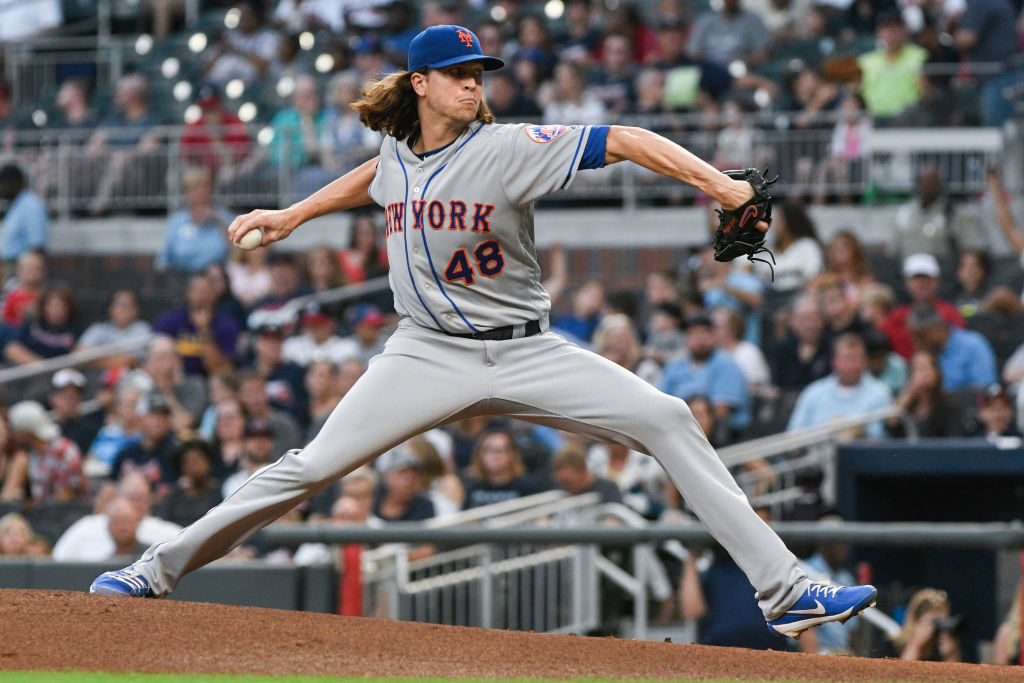 It wasn’t at all surprising to be reminded that the Mets had never lost to R.A. Dickey. The fun started before Dickey even got to the Mets. After getting touched up in a 2003 relief appearance, Dickey famously one-hit the Mets in 2008 while with the Mariners (in the same series in which Felix Hernandez hit a grand slam off Johan Santana.) That brought about this nugget of fun:

Dickey beat the Mets three more times post-Flushing, including twice early this season as a Brave, though both of those outings were less stellar than his first two wins with Seattle and Toronto. On Saturday, when it meant nothing, the Mets caught up to Robert Allen. It wasn’t Cespedes or Murphy or Wright or Reyes or even Beltran or Delgado or Green that got him.

It was Gavin Cecchini.

Cecchini had two hits and two RBI off Dickey. Juan Lagares, Brandon Nimmo and Asdrubal Cabrera also drove in runs off Dickey while Jacob deGrom pitched seven stellar innings to bring the Mets a 7-3 victory over Atlanta for his 15th victory. A.J. Ramos came in and worked on things and gave up two runs. Perhaps he was working on a gyroball or something. But he still closed it out for the first Mets win on the road since September 27th, 2009, when Pat Misch pitched a complete game shutout and Jeff Francoeur and Anderson Hernandez hit home runs.

You sure it wasn't a reference to Ed Lucas?

In any event, ghosts were everywhere. The ghost of Lucas Duda. The ghost of Dickey’s Mets career. The ghost of Chris Russo on WFAN. The ghost of the 2017 season. Haunting you before it finally dies. All these ghosts gathered at H&F Burger after the game to swap stories and have laughs at my expense.