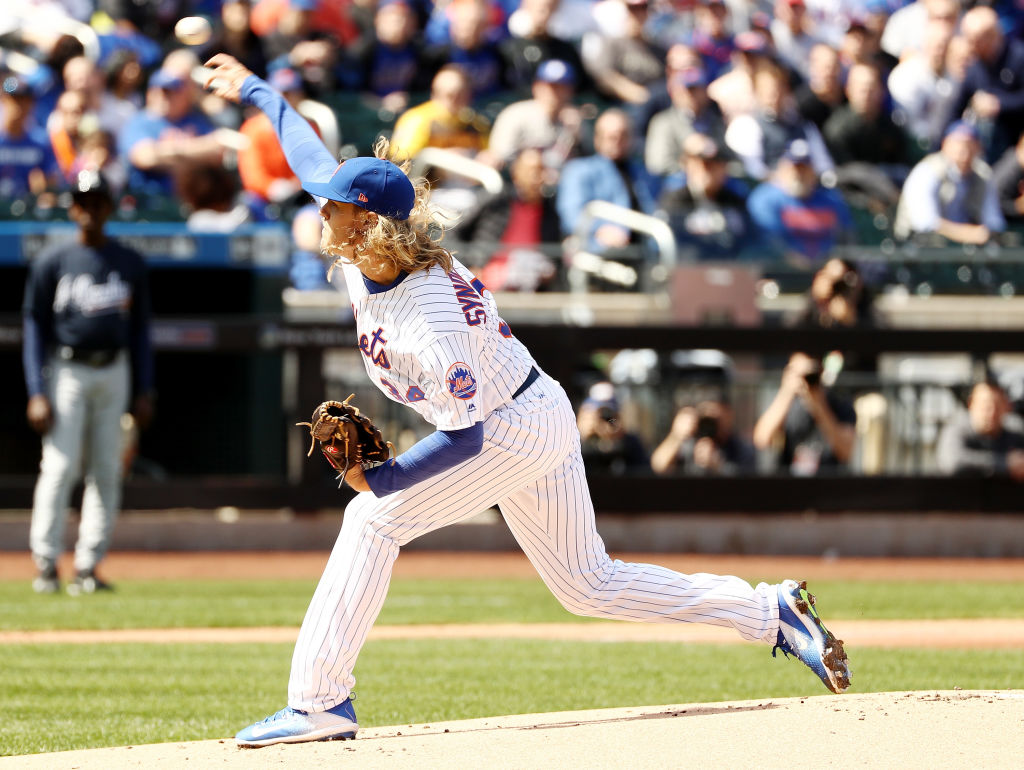 It took four and a half months, but it looks like the New York Mets will finally get their ace back. Noah Syndergaard, who hasn’t pitched since April 30th due to a partial lat tear, could be activated from the disabled list as soon as today, Matt Ehalt of NJ.com reports. The news came shortly after Syndergaard completed a “max effort” 30 pitch bullpen session without issue. Syndergaard isn’t stretched out enough to start so he will likely work in relief once he is activated from the disabled list, pitching an inning or two at most. The Mets will re-examine Syndergaard today before they make a decision about activating him.

NEW YORK, NY – APRIL 03: Noah Syndergaard #34 of the New York Mets delivers a pitch in the first inning against the Atlanta Braves during Opening Day on April 3, 2017 at Citi Field in the Flushing neighborhood of the Queens borough of New York City. (Photo by Elsa/Getty Images)

Syndergaard has made it his goal to get back on a big league mound before the end of the season, and it is a big victory for him and the team to reach this point. The fact that Syndergaard won’t be making traditional starts doesn’t mean too much since there was no point in building up his stamina without a postseason berth to fight for. Syndergaard simply wants to shake off some rust and face big league hitters in regular season games, which the Mets can easily accomplish down the stretch.