What Francona's Current Bullpen Use Says About Potential Postseason Roster 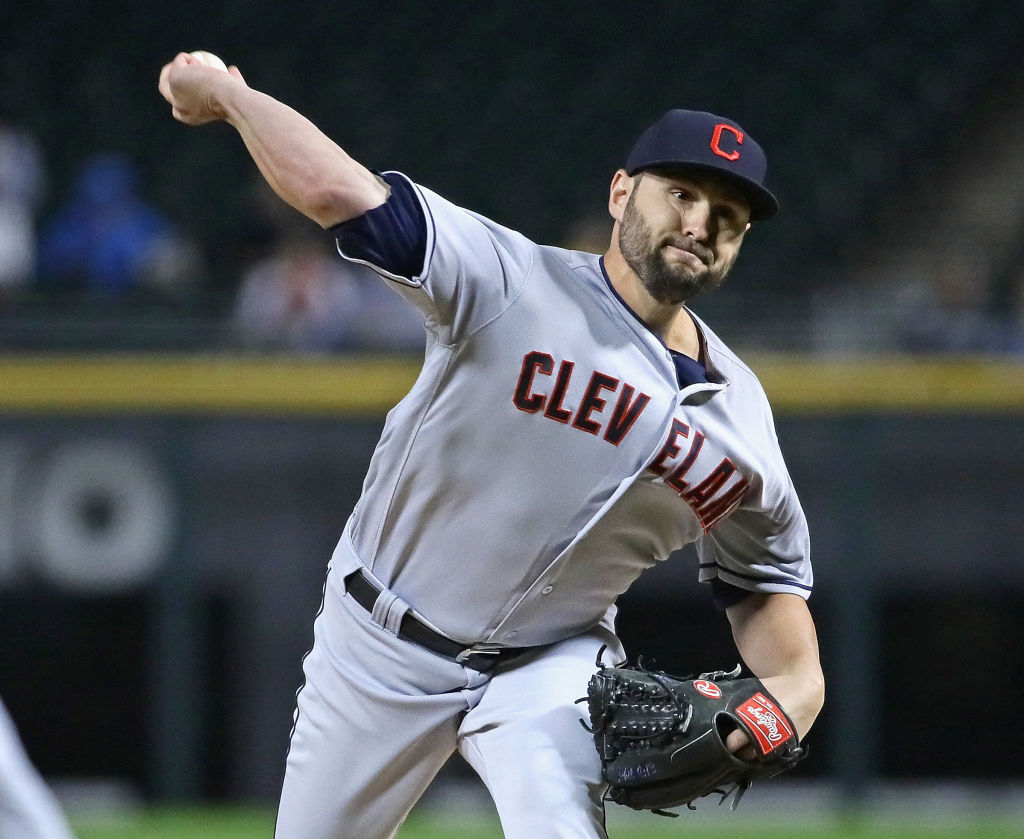 What Francona's Current Bullpen Use Says About Potential Postseason Roster

It’s well known that Terry Francona‘s favorite part of a baseball team is the bullpen. He’s greatly evolved as a manager, first leaving the old school behind in Boston, then becoming a bullpen revolutionary in Cleveland. Not only does he want great pitchers available for the late innings, but he’s shown a penchant for having as many as possible around, often using as many as eight or nine roster spots for relievers even before rosters expanded.

Now that rosters have expanded, it’s easier to see how many pitcher Francona would actually use. The current bullpen holds 14 pitchers, including usual starters Danny Salazar and Ryan Merritt as well as AAA starter, Shawn Morimando. Adam Plutko would have made that 15, but he was sent to Lynchburg for the Carolina League play-offs and has yet to be recalled.

While he has 14 relievers available, an incredible run by the starting pitching throughout the entire month of September (and even before that) has limited their need and, rather than try to perform the impossible juggling act of keeping everyone both rested and used often, Francona has chosen a group of six to use regularly. Not in those six are Merritt, Morimando, Craig Breslow, Kyle Crockett or Shawn Armstrong who have combined for 5 total appearances during the first 16 games of September. It’s easy to say fairly definitively that none of these players will be anywhere near the post-season roster, although Merritt would likely be the 6th starter should two of the first five get injured.

When looking to the post-season, there is a question of how many relievers the Indians will carry and how many they actually need. Most likely, they will use a four man rotation throughout to avoid the abuse that caused Corey Kluber to be less effective than his potential at the end of the 2016 World Series and will have at least 13 position players, a number that could rise to 14 if Jason Kipnis is able to be included on the roster. This leaves the usual seven relief spots, although that again could drop to six if the Indians want to include Brandon Guyer or Abraham Almonte on the roster as extra outfield help.

Looking at either a six or seven man pen, the first four are obvious, the ones who will be saved for the most dire situations and still be used most often.These are Cody Allen, Andrew Miller, Bryan Shaw and Joe Smith. While Allen and Smith have been used a bit less of late (as has Miller due to his recent return from the DL), Allen’s 3.1 innings in high leverage situations in September leads the team and is 5th in baseball. Shaw is right behind at 3.0 innings with no other Indians reliever throwing as much as a single full inning in a high leverage situation this month. Miller, only back for two games, has already pitched 0.2 in those situations, however.

Another player used somewhat frequently in big situations late in games recently is Tyler Olson. He’s made seven appearances in September, allowing just one hit and no runs. When Miller was out, Francona used Olson in a similar fashion to how he would have used Miller and Olson was nothing less than perfect. Given that Boone Logan is still out and that Crockett, Merritt and Morimando have been completely avoided, there’s little question that Olson will be the Indians fifth man in and the second left hander.

Based on current usage and season long stats, the next man in should be Nick Goody. He’s been used in many different roles this season, coming into games as early as the first inning (September 5th) and has pitched more than a full inning 11 times, going two full innings twice. While he was relegated to a stress free job for much of the season, he’s been used both more frequently and in tighter spots of late. Already in September he’s earned two holds (I’m aware of how suspect that stat is, but he did earn them, going 1.2 perfect innings while striking out three) after earning just three during the first five months of the season. In fact, four of his last five appearances have come when the Indians were within one run.

Knowing Francona, he’ll probably want an eight man pen, but will almost certainly have at least seven. For the final one or two spots, there are many contenders. There is a good chance one spot could go to Danny Salazar, who could be a truly dynamic force out of the bullpen, but isn’t quite battle tested, having made just one relief appearance since joining the bullpen. Another spot could be given to one of Dan Otero, Zach McAllister or another starter removed from the rotation, Merritt, Josh Tomlin or Mike Clevinger.

First, there is the argument against McAllister. To start, his FIP of 3.86 is considerably higher than his ERA 2.78 and recent results have seen that second number trend upwards. After an August that saw him allow 11 hits (including three home runs), 7 runs, 3 walks and just four strike outs in 7.2 innings, Francona has essentially removed him from the list of regulars, throwing him just three times in September and only once in the Indians last ten games.

While he has walked and struck out significantly fewer hitters, Otero is in a similar boat to McAllister. He also has pitched just twice in the last ten games with Smith and Goody taking over for Otero and McAllister. Otero also has an FIP (3.75) significantly higher than his ERA (2.77). Smith is such a similar, but better pitcher compared to Otero that there seems little room for the ground ball specialist. For comparison, with the Indians, Smith has a 62.9% ground ball rate compared to Otero’s 64%, but has a 1.01 FIP thanks to a 9.6 K/9 compared to Otero’s 5.9. While a ground ball is great when there are runners on, a strike out is even better and Otero is the Indians worst pitcher of any kind when it comes to K’s.

It should go without saying that putting Tomlin or Merritt in the pen just because they are due a certain amount of respect, but aren’t good enough to be in the rotation, would be a huge mistake. Much more so than in the rotation, relievers need to have a wipe out pitch that can get a swing and miss at any moment. Both starters lack that pitch, finding their value through control. In addition, Tomlin’s history of homers as well as his 1.42 HR/9 this year make him pitching in relief a terrifying proposition.

While not playing against play-off caliber teams, the Indians have managed quite an impressive feat by winning 22 straight and they’ve done it with great starting pitching and a handful of relievers. That recipe for success should be the same one used in the post-season. Goody and Olson are good enough if the Indians need early relief it will be covered and with off days between nearly every game, the big four will be able to go nearly every night. If they want to include Salazar as an experiment, it could be a fun one, but they shouldn’t need him as things stand and definitely don’t need a pen deeper than seven. Even if that means McAllister, Tomlin, Otero and Merritt will have to watch from a distance.