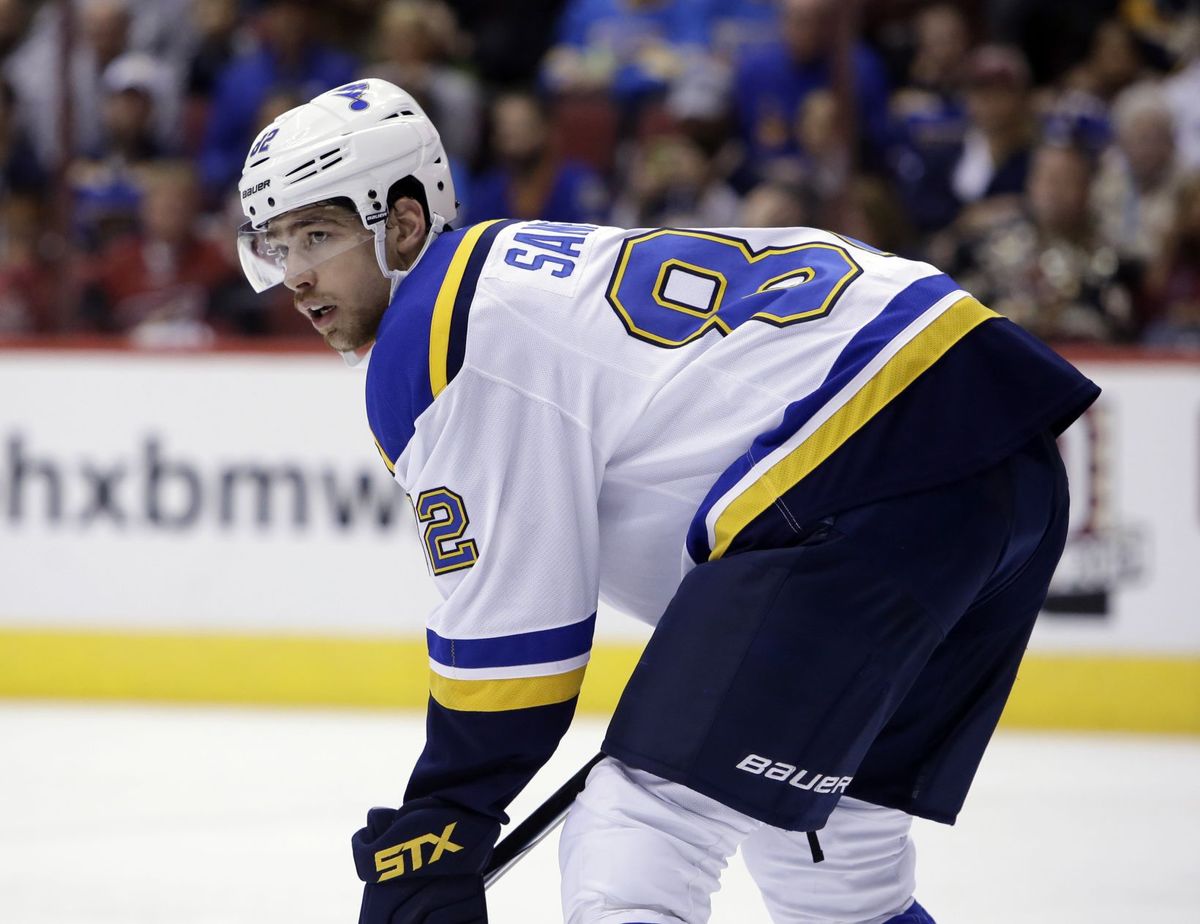 Training camp got off to a pretty rocky start for the Blues. Zach Sanford went down with a shoulder injury during the first day of training, crashing into the boards following a hit from Dmitrij Jaskin. The severity of the injury hasn’t been revealed, but by all accounts it sounds like Sanford injured his left shoulder on the play.

Head coach Mike Yeo spoke briefly about the injury to STLToday, but he also didn’t have many details.

“I think we all saw him go into the boards there and he was pretty uncomfortable. Don’t have much of an update right now. But he was certainly in some discomfort.”

Sanford was one of the pieces acquired in the trade which sent Kevin Shattenkirk to the Washington Capitals and he figured to factor into the Blues’ depth in 2017-18. Barring a surprise in training camp, he likely would have found himself without a regular role and would be filling in when called on by the team.

Unfortunately, these types of things can happen given the nature of hockey. Let’s hope the Blues are able to continue through training camp without any additional injuries.