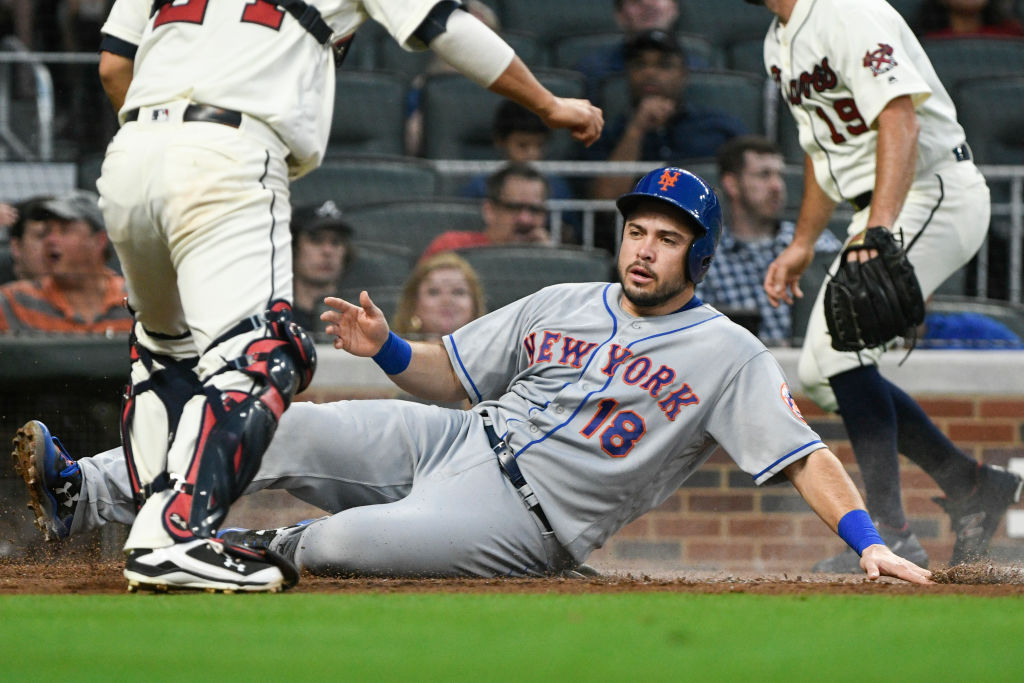 The New York Mets (64-84) snapped a five game losing streak last night when they defeated the Atlanta Braves (67-80) 7-3. Jacob deGrom finally earned his 15th win of the season for the Mets, who evened their weekend series with the Braves at one. The two teams will look to secure the rubber game when they wrap up their three game set this afternoon. First pitch for the series finale is scheduled for 1:35 pm at SunTrust Park.

ATLANTA, GA – SEPTEMBER 16: Travis d’Arnaud #18 of the New York Mets slides into home plate to score on a line drive to right field hit by Gavin Cecchini in the second inning against the Atlanta Braves at SunTrust Park on September 16, 2017 in Atlanta, Georgia. (Photo by John Amis/Getty Images)

The Mets will send right hander Robert Gsellman (6-7, 5.58 ERA) to the mound today. Gsellman was roughed up in his last start, giving up four runs in four innings of work to lose to the Chicago Cubs last Tuesday. The Braves will counter with their ace, right hander Julio Teheran (11-11, 4.57 ERA). Teheran pitched very well in his last start, tossing seven shutout innings to defeat the Washington Nationals last Tuesday.