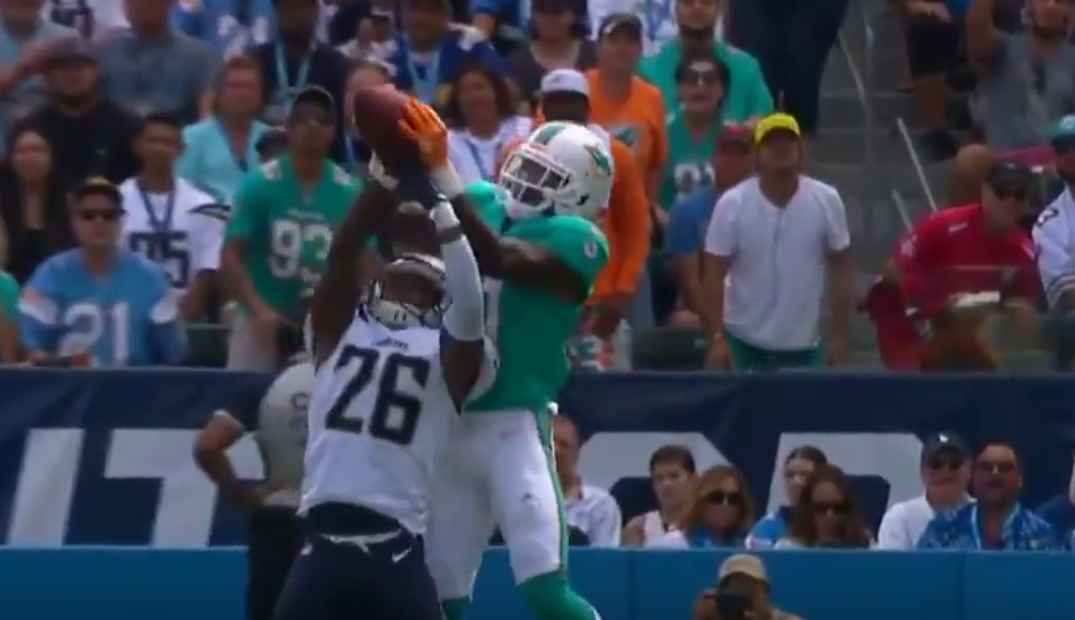 Dolphins receiver DeVante Parker is excellent at high-pointing the football, and he showed that in Sunday’s game against the Chargers.

It happened in the third quarter, when Jay Cutler lofted a pass in his direction, which was intended to be a jump ball. Cutler’s throw showed that he has a lot of faith in Parker, because the pass easily could have been intercepted.

Chargers cornerback Casey Hayward went up and got his hands on the football, and it appeared he was going to pick it off. But Parker, while in the air, stole the ball out of Hayward’s hands for a fantastic catch. And somehow, he kept running, nearly finding the end zone.

That’s easily the best catch of Week 2 (so far).