I was wrong about Eddie Rosario 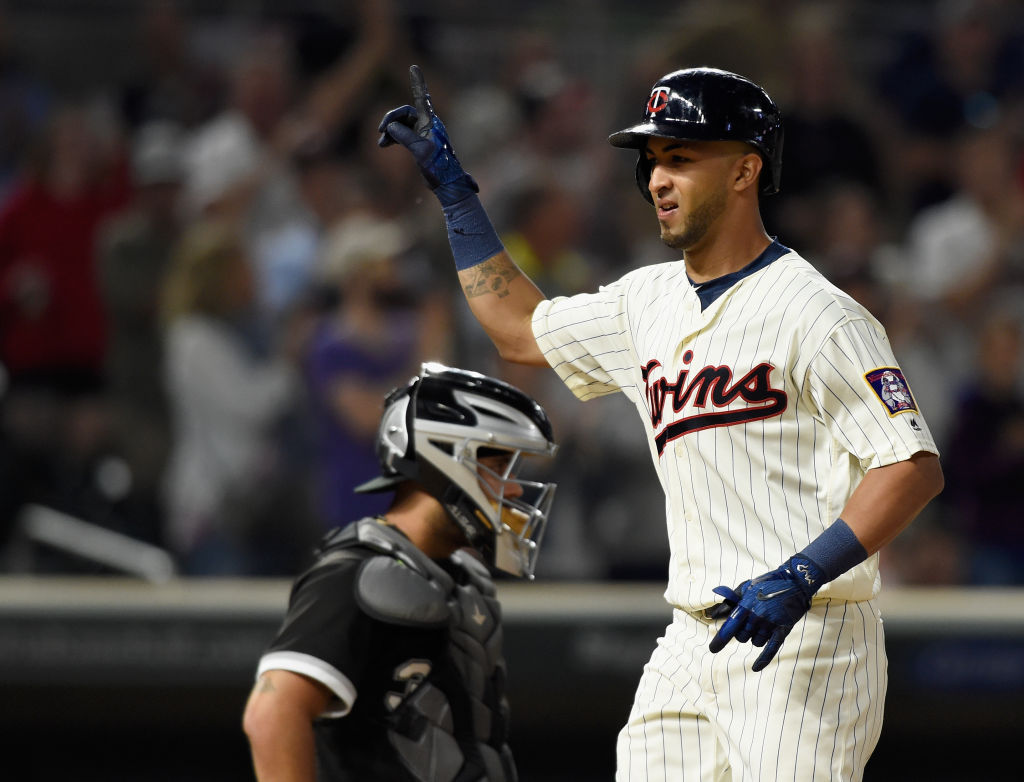 I was wrong about Eddie Rosario

MINNEAPOLIS, MN – AUGUST 30: Eddie Rosario #20 of the Minnesota Twins celebrates hitting a solo home run as Omar Narvaez #38 of the Chicago White Sox looks on during the seventh inning of the game on August 30, 2017 at Target Field in Minneapolis, Minnesota. The Twins defeated the White Sox 11-1. (Photo by Hannah Foslien/Getty Images)

By mid year last season, you would have been crazy to say that Eddie Rosario seemed to have a promising future. Not only had he struggled at the plate, but he had also seemed to show a decided disinterest in playing the field when temperatures were below about 50 degrees. Given a previous suspension for using a banned substance, and a seeming inability to recognize the strike zone, I think I, and any other doubters could be forgiven for seeing nothing but red flags where Rosario was concerned.

He returned to the Major League roster towards the end of last year, and seem to have shaken off the doldrums that beset him in the spring, and he finished much more respectably than he started. In 2017, he forewent the early struggles, and has instead has played extremely well all season. He’s collected an OPS of .838 thanks in large part to his 24 home runs, a .292 batting average and perhaps most surprising of all, a reduction in strikeouts and a light increase in walks.

The best bad ball hitter in league history is Valdimir Guerrero, and while that is a bit aspirational for Eddie Rosario, the goal of having a peak similar to Guerrero’s is attainable. Rosario won’t have the career that Vlad did, mostly because at age 25, Guerrero had already been in the league for 5 seasons, and had already seen his rates level off towards his peak values. Rosario’s numbers are converging rapidly on Vlad’s, however.

The thing Eddie may never have that Vlad did is a surfeit of power. Guerrero was a 40 home run hitter, while Rosario will likely peak in the 30s, though even that is a bit higher than his initial expectations. What Rosario does that Guerrero did is swing at basically anything that he could reach. Guerrero was successful because he only struck out 10-15% of the time, depending on the season. Rosario struggled last year, and was successful in 2015 in spite of a strike out rate of 25%. Now in 2017, Rosario has dropped that K rate below 20%.

Perhaps miraculously, Vlad’s walk rate was also fairly steady at around 10% through his peak. Almost as miraculously, Rosario has nearly doubled his walk rate, going from 3-6% in a season. Rosario is a bad ball hitter, and might actually be one of the better bad ball hitters in the league today, and that is an important title. Rosario is showing improvement across all facets of his game because he can now be more accurately described as a bad ball hitter than a free swinger.

Kudos to the Twins, too, for seeing this potential in Rosario where I and many fans likely gave up on him. And kudos too, to Rosario for resetting his career path. Being a bad ball hitter is not something most batting coaches endorse or teach, and his improvement was necessarily mostly self driven. Eddie Rosario must possess more character than most had seen in 2016, or expected when hearing about him through his developmental process.

Perhaps I should have  seen that coming because there haven’t been hatchet jobs from local columnists questioning his work ethic or respect for the game in a market that seems to bask in them. Maybe that’s what the Twins saw in Rosario, a good clubhouse guy who would do what it would take to succeed, despite some foibles, on and off the field. Maybe they could see past his inability to identify the strike zone for someone who would one day hit everything in arm’s length.  If that’s the case, if they saw the present iteration of Eddie Rosario coming, I can only tip my hat to both the present and former administrations, because I sure didn’t.