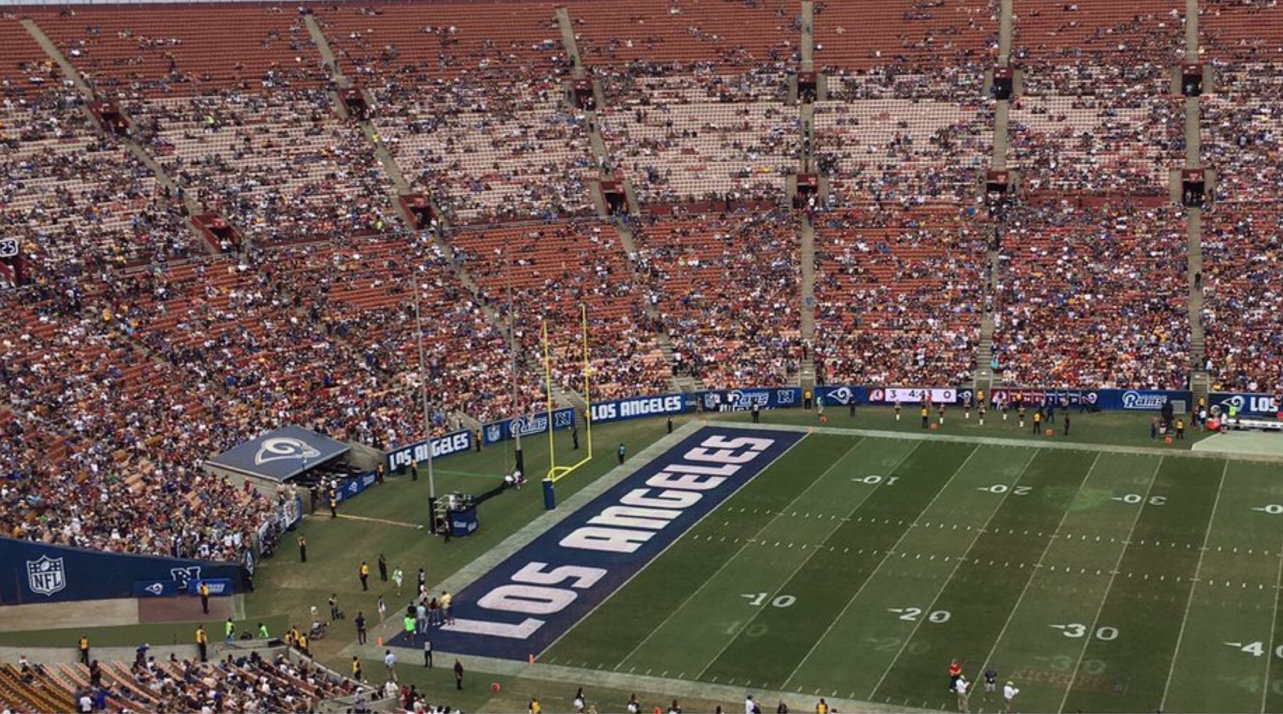 The game between the USC Trojans and Texas Longhorns filled the Los Angeles Memorial Coliseum on Saturday night, as fans filled the 90,000-seat stadium for the big game.

Sunday’s NFL game between the Rams and the Redskins did not have a similar turnout, though.

While the stadium wasn’t as empty as it was for the team’s Week 1 game against the Colts, it certainly wasn’t filled. Check out some of these side-by-side comparisons, which shows the difference in attendance from Saturday versus Sunday.

Really thought more fans would come out this week after the Rams routed the Colts, and looked exciting, last week. With 5 min left in 1 qtr. pic.twitter.com/qExfbsFVgF

USC vs the Rams pic.twitter.com/iUgIR3muOe

Here’s a video of how the stadium looked at kickoff.

Kickoff at the Coliseum between the Rams and Redskins. Not many here to see it. pic.twitter.com/XAwandU2l6

Fans are missing out, because the game between the Redskins and Rams has actually been quite entertaining.