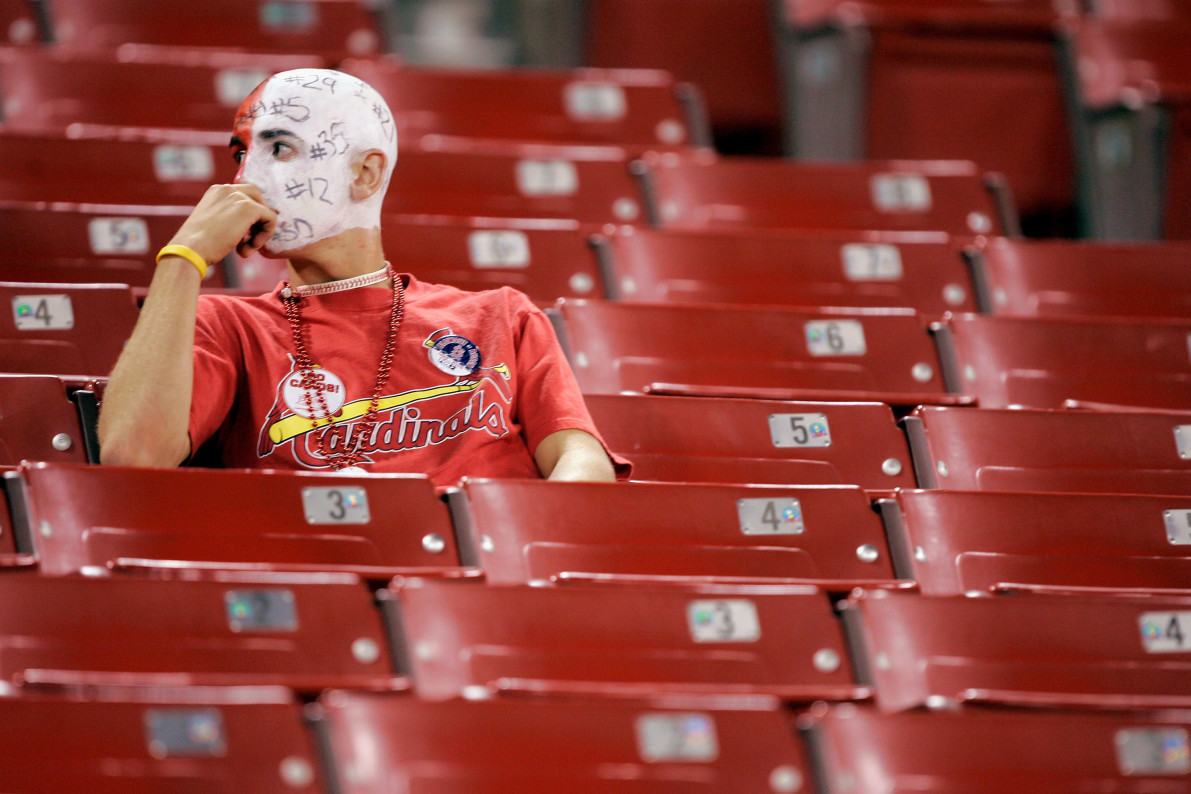 That you, dear reader, are going to fall into the trap.

The #STLCards went 1-8 against the #Cubs at Wrigley Field this year. The last time they had worse record at Wrigley? Would you believe 1918?

The Cardinals will not be participating in the playoffs for the second straight year.

Over the next few weeks, we’ll all come to grips with this fact.

I’d encourage the Cardinals to re-think a few marketing strategies, but that’s another conversation for a different day.

What I’m really worried about is the narrative.

About you thinking that the call-ups these past couple of months and the team success comparative to the first half of the season means the Cardinals are in position to compete with the Cubs in ’18 (and beyond).

And it’s not even close.

There will be nothing in any of our lifetimes that will equal the weight lifted off a fanbase like it was for Cubs fans last year.

Nobody expected the hangover from that experience to last as deep into ’17 as it did.

But it’s over now. The schadenfreude has ended.

The Cubs are gearing up for another postseason run. The Cardinals will spend October on the golf course.

These guys have YEARS left before they are arbitration eligible. They aren’t going anywhere. And in some cases are actually younger than the prospects that the Cardinals brought up since the All-Star break.

Please don’t do it.

Please don’t think the Cardinals are close to competing for the NL Central.

As the Cubs proved this weekend…when they want something, they’ll take it.

And the Cardinals can’t do much about it without substantial change.