Surreal Day as Islanders Return to Coliseum for Preseason Game 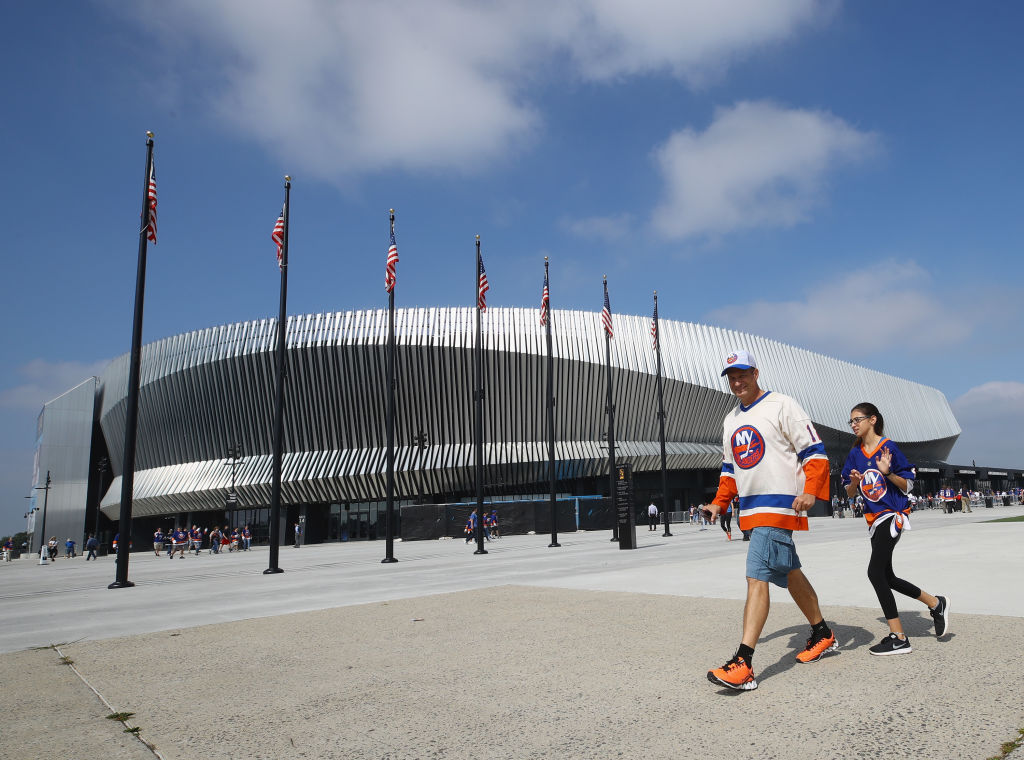 Surreal Day as Islanders Return to Coliseum for Preseason Game

UNIONDALE, N.Y. – It was a surreal experience on Sunday as the Islanders and Philadelphia Flyers played a preseason game at the Nassau Coliseum, the Isles former home for 43 years.

Whether it was the sold out crowd of 13, 917 in attendance for an exhibition hockey game, the renovated yet still familiar venue or the movie-like ending there was a certain aura around the afternoon. The Islanders hadn’t played in the Coliseum since the team moved to the Barclays following the 2014-15 season and the fans savored every minute of Sunday’s game.

“It had obviously the atmosphere like most Saturday home games when we were here, and even pretty close to what we had in the playoffs,” John Tavares said. “It was just through the roof coming out in warmups and certainly the start of the game, hearing the ‘Let’s go Islander’ chants and the ‘Yes Yes Yes’ chants were prominent again.”

It was hours before puck drop when fans began arriving to start tailgating in the Coliseum parking lot like they did in the past. And the cheers were as loud as every when the Islanders took the ice for warmups, when several Islanders legends dropped the ceremonial puck drop, and of course when the Islanders found the back of the net.

Even Sparky the Dragon received a loud ovation and chants of “Sparky” when he was introduced to the crowd.

“Stepping on the ice it was loud,” Islanders coach Doug Weight said. “I mean we expected it, but it was pretty loud at the beginning. Great atmosphere and it’s fun to win.”

The Nassau Coliseum, known now as NYCB LIVE: Home of the Nassau Veterans Memorial Coliseum, underwent a $165 million renovation that included updates to the concourse, the outside of the arena and other aspects of the building. The arena will be home to the Long Island Nets, an NBA D-League affiliate of the Brooklyn Nets.

While it wasn’t hard to see the remnants of the old Coliseum there were still some noticeable differences. The Islanders

had to use the Nets locker room and entered and exited the ice using what would have been the visiting tunnel back in the day. The 300 sections have all been taken out to lower capacity for the arena, including the famed section 329. Fans did make up for that by bring their own three and turning section 229 into 329.

“I mean it’s different right,” Anders Lee said. “The locker room is completely different and stuff like that. We’re coming out a different end, but it’s the Coliseum. It’s all the same and the fans were just as loud as I remember them.”

Sunday’s preseason game was played with the backdrop of continued arena turmoil. The Islanders are expected to bid on an RFP to develop land at Belmont Park into an arena for the team. The team has had a rocky relationship with the Barclays Center, they have struggled to draw fans to Brooklyn and there have been issues with the ice.

Fans have been clamoring for the team to return to Long Island and made their feelings known to Islanders ownership. Among the excitement to have the team back at the Coliseum for one game, fans made signs declaring their wishes to see the team back at the Coliseum loud chants of “Bring Them Back” echoed across the arena during several points of the game, including as the team left the ice after John Tavares’ game-winning goal.

What happens next is unknown for the franchise as far an arena is concerned. They are in the middle of renegotiating their current lease with the Barclays Center, and could still very well need a temporary home if all goes right for their Belmont bid.

It has been reported that Barclays Center officials have been pushing for the Islanders to return to Nassau Coliseum, but Islanders ownership has been hesitant to want to return to Uniondale. Co-owner Jon Ledecky was in attendance for the preseason game.

For now Sunday remains the Islanders lone visit back to their former home.