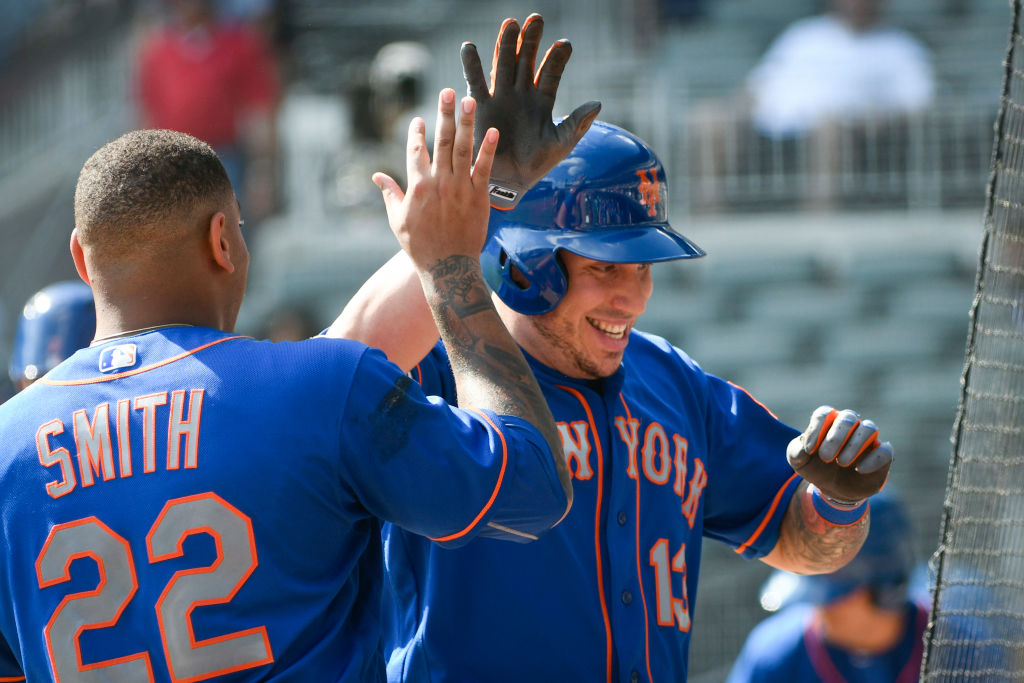 The New York Mets (65-84) had a solid weekend in Atlanta, earning a series win over the Braves at SunTrust Park. The most encouraging facets of the wins were strong pitching performances from Jacob deGrom and Robert Gsellman, a trend the Mets hope continues today when Matt Harvey takes the mound. Harvey will look to bounce back as he takes the hill for the opener of a three game series with the Miami Marlins (69-80) tonight. First pitch for the opener of this three game series is scheduled for 7:10 pm at Marlins Park.

ATLANTA, GA – SEPTEMBER 17: Asdrubal Cabrera #13 of the New York Mets celebrates with Dominic Smith #22 as he enters the dugout after hitting a two run home run against the Atlanta Braves in the ninth inning at SunTrust Park on September 17, 2017 in Atlanta, Georgia. (Photo by John Amis/Getty Images)

The Mets will send Harvey (5-5, 6.14 ERA) to the bump tonight. Harvey will be looking to rebound from a rough outing last Wednesday, when he gave up five runs in 3.1 innings against the Chicago Cubs to suffer a loss. The Marlins will counter with righty Dan Straily (9-9, 4.24 ERA). Straily was also hit hard in his last start, giving up eight runs in six innings to lose to the Philadelphia Phillies last Wednesday.