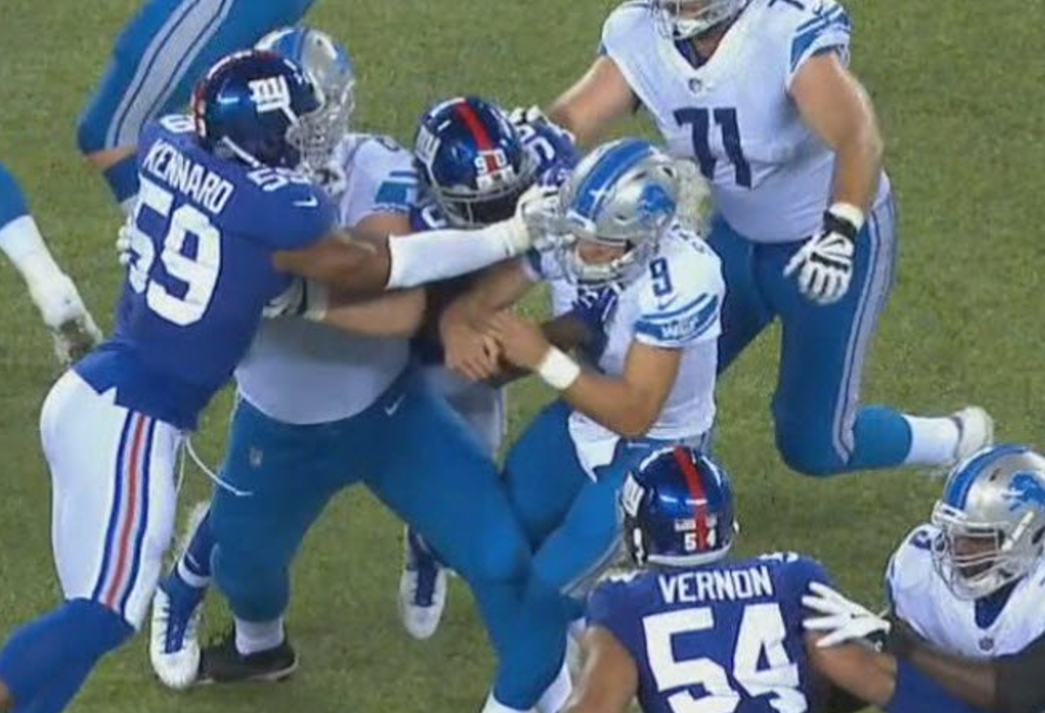 Lions quarterback Matthew Stafford was the unfortunate recipient of a cheap shot in Monday’s game against the Giants.

It happened in the second quarter of the game, with the game tied at 7-7 and the Lions looking to regain their lead, in Giants’ territory. Stafford dropped back to pass, and he was then drilled by Jason Pierre-Paul while in the act of throwing. That was the least of Stafford’s issues, though, as linebacker Devon Kennard came from the other side and poked the Lions quarterback right in the eye, reaching out and putting his fingers right in Stafford’s face.

Check out the look on Stafford’s face afterwards, showing how much discomfort he was facing at the time.

Easy to read Stafford's lips on the sideline, "he poked it."#DETvsNYG pic.twitter.com/7i8KH4wS8d

You can judge for yourself, but it sure looked like Kennard poked Stafford in the eye on purpose. The league office will be tasked with judging if the contact to Stafford’s eye was intentional or not.

Stafford remained in the game and did not miss a single play, showing how tough he is.