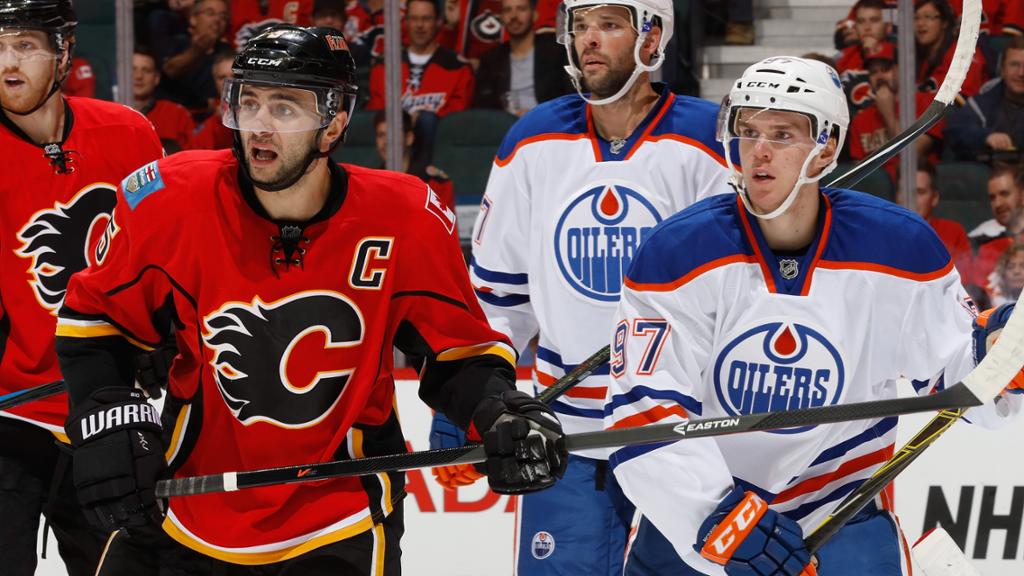 Believe it or not, it’s that time of year again. That’s right, Oiler hockey is back tonight as the Orange and Blue take to the ice to battle the Calgary Flames in the annual preseason opening split squad game. Both games will take place tonight at 9:00 pm est/7:00 pm mt, with one game in Edmonton and one game in Calgary.

The Oilers made a few cuts yesterday, sending goalies Dylan Wells and Stuart Skinner back to their respective junior clubs. Joining the goalie duo on the cut list were Dmitri Samorukov, Ostap Safin and Kirill Maksimov. None of those cuts are surprising, but I will admit I was hoping to see Wells in one of the split squad games tonight. Instead, we’ll have to monitor his progress from afar in the OHL.

This preseason features a very busy schedule over the next two weeks, but I do expect the Oilers to make more cuts pretty soon. If not after tonight’s game, then after Wednesday’s tilt in Winnipeg.

The Oilers will have a more veteran heavy squad at home tonight, while the Flames will be sending up a younger team filled with players likely to suit up for their AHL affiliate in Stockton this fall.

Cam Talbot will be in Edmonton tonight and is expected to split the game with newcomer Eddie Pasquale, who is competing for playing time in Bakersfield. While he has yet to play a regular season NHL game in his career, Pasquale has routinely been good in the AHL and could factor into the third goaltender race.

Here are tonight’s Oiler lines in Edmonton as per Bob Stauffer:

Stauffer also mentioned that Grayson Downing had been splitting time with Currie and could be in as the fourth line center for this game. Among the interesting things to watch here, I’m going to be paying close attention to the Jones-Bear pairing. I suspect both end up in the AHL, but I’m still intrigued to see how they’ll handle playing together in the preseason.

We’ll also get our first look at Ryan Strome on the top-line tonight, and that is very much worth watching. Strome has looked good early in camp and the Oil have been pushing him to shoot the puck more. Speaking of shooting the puck more, I’m a little surprised to see Joey LaLeggia get a push on a top-six line. This is a big chance for him. He is also worth watching and could be a sleeper to make this roster.

As for the Flames, they won’t be sending many regulars to Edmonton. Sam Bennett, Spencer Foo, Curtis Lazar and Matt Stajan are the notable forwards making the trip, while Michael Stone and Matt Bartkowski are the only NHL defenders coming north. New addition Eddie Lack is expected to start for the Flames.

Much like the Flames group heading to Edmonton, the Oilers are sending a younger and less experienced group down to Calgary. Laurent Brossoit will likely get the start, while Nick Ellis sees time in net as well. While Brossoit is almost certain to be the backup, don’t count Ellis out. He was very strong in Bakersfield a year ago and could be a factor with a good camp.

Defensively, we’ll get a look at the top pairing of Oscar Klefbom and Adam Larsson. These two were strong last year and I think many believe they will continue to develop this season as well. They are the only NHL duo heading to Calgary, as bubble players Dillon Simpson, Keegan Lowe and Yohann Auvitu will be in the lineup. Ziyat Paigin will dress as the sixth defender.

Up front the Oilers will send their potential second line as Milan Lucic, Leon Draisaitl and Drake Caggiula lead the way. Kailer Yamamoto, Ty Rattie, Mitch Callahan, Chris Kelly and Jujhar Khaira are the other notable forwards in the lineup fighting for NHL jobs, while a handful of potential Condors round out the lineup.

In terms of things to watch, Drake Caggiula tops the list. Can he start to find some chemistry with Lucic and Draisaitl? If so, it could help fill a big hole in the Oiler lineup this season at the second right wing spot. The bubble players will also be interesting to watch, as they all have a real case to make the NHL roster. I think Khaira has an inside track, but don’t count Kelly, Rattie or Callahan out just yet.

As for the younger players, obviously Kailer Yamamoto will be the one with the spotlight on him. While I do want to see how he handles the NHL preseason, I’m also quite interested in seeing Joe Gambardella and Evan Polei. Both have a chance to play a featured role in the AHL this season and could jump up the organizational depth chart during the year.

Couple of interesting players not seeing the ice tonight, as Kris Russell and Matt Benning will both sit out. I’m looking forward to seeing how Benning works with Russell, as I do think he’s the best option for fill-in duty while Andrej Sekera is on the mend. I suspect they will play on Wednesday night.

Also missing is new comer Jussi Jokinen, who sat out of practice this weekend with some soreness. I suspect his spot in the lineup is the one currently held by Joey LaLeggia, and that he too will see action on Wednesday night. Lastly, was hoping to see rookie camp star Chad Butcher but that won’t be the case tonight. Suspect we do see him get into a game before heading to Bakersfield for AHL camp.