Well, It Was On The Schedule 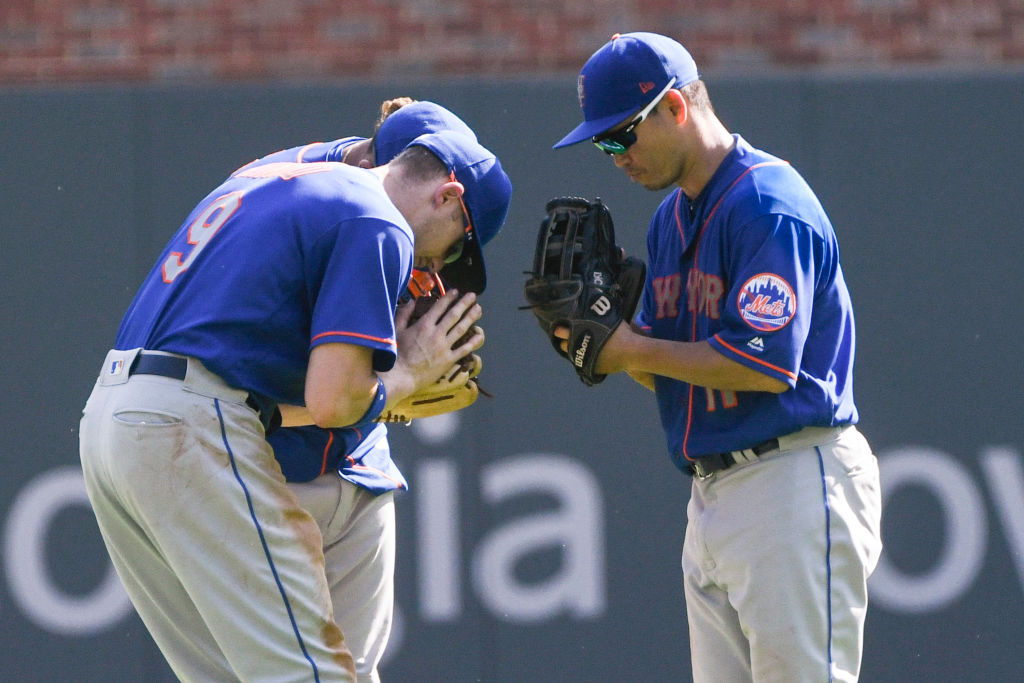 Well, It Was On The Schedule

September wins against similarly bad teams? Not sure you can parse anything from it. Robert Gsellman went seven strong innings against Atlanta on Sunday to lead the Mets to a 5-1 victory. Seven innings, three hits, three strikeouts? Very nice. But probably holds as much weight as a pitcher shutting down the Mets lineup. That’s why looking at September stats scares me.

Asdrubal Cabrera has an interesting sample size that’s a little bit longer than one game. Cabrera is hitting .304/.368/.471 since he requested a trade on June 23rd. Most of those numbers come as a righthanded batter, as he’s a .383 hitter this season against righties. Although his home run on Sunday came off Jose Ramirez. In any event it’s looking more and more as if the Mets are going to pick up his option and have him either be the third baseman, or be a platoon player against lefties. So basically the entire drama in June will have been rendered completely useless, like most Mets dramas turn out to be. Now I wonder whether this means that the Mets will trade Wilmer Flores under the auspice of not needing two lefty mashers. That would be misguided, but I don’t run the team.

Phil Evans got his first major league RBI on Sunday, which means we’ll all start to speculate whether Evans has a shot to win a job with the team next year. The answer is no. But if you would like to ask the question, just remember to not call him Philip. He prefers Phil. Are we at least clear on that?

Matt Harvey starts tonight against the Marlins. Matt Harvey Day is now closer to tax day than it is to Christmas. So remember to fill out form 33-MH by 7:10 tonight, which is basically a paragraph about why the Mets make you sad.