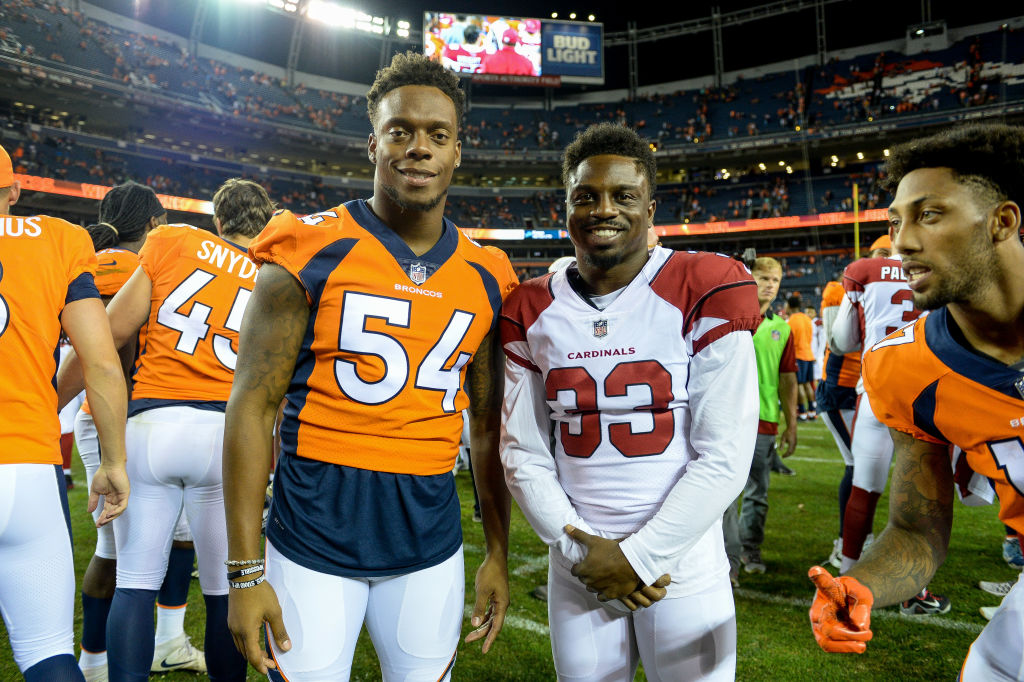 Giants fans took to social media after Monday night’s embarrassing 24-10 home loss to the Lions, but they probably should have doublechecked who they were mentioning before clicking the Tweet button.

A key moment in the game took place early in the fourth quarter, when the Giants trailed by only a touchdown, and they were looking to put together a long drive to potentially tie the game. Brandon Marshall dropped a pass that would have resulted in a big gain, even though it hit him right in the hands, and they were later forced to punt.

After the game, Giants fans flocked to Twitter so they could vent their frustration and tee off on Marshall. The problem is that some of them sent the tweets to the wrong Brandon Marshall, and targeted the Broncos linebacker, not the Giants receiver.

The veteran linebacker played along, though, and had some fun at their expense, which you can see in the tweets below.

Cuz I can do Bof https://t.co/tKfWbwPMLO

Meet me in the parking lot after the game chump! https://t.co/Kde8MtCljX

ESPN’s Trey Wingo had a laugh about it as well.

Me watching all these angry Giant fans tweeting about @BMarshall the Giants WR to @BMarshh54 the Broncos LB….. pic.twitter.com/IfvYEycVwW

Maybe next time those fans will send their tweets to the correct account — @BMarshall. That exchange was fun to watch, though.