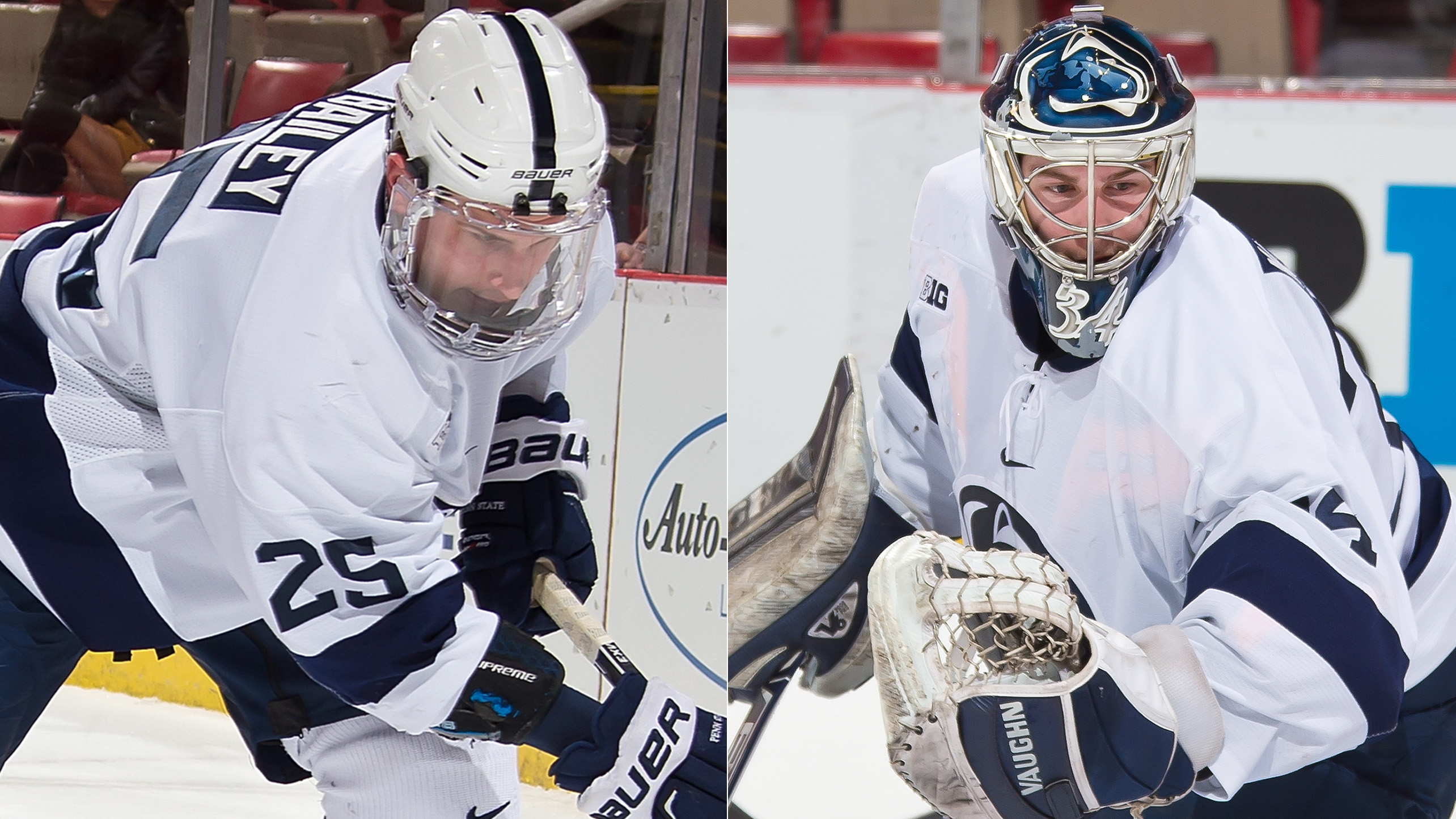 EAST MEADOW, N.Y. – There were a pair of lions on the ice when the Islanders played the New York Rangers on Monday night. Nittany Lions that is.

It has been several years since Casey Bailey and Eamon McAdam have been teammates, but for the time being they are reunited as Islanders. The pair played together during their days in college at Penn State and now Bailey is at Islanders camp on tryout contract.

While Bailey’s connection to McAdam wasn’t the main reason he is in camp, it certainly didn’t hurt.

“It’s fun. It’s great to have that common ground with somebody out here,” Bailey said. “It’s probably the first connection at this level from Penn State so it’s exciting.”

McAdam may be Bailey’s first contact at the pro level, but it was Bailey who was the first Nittany Lion hockey player to sign a professional contract. Bailey signed a two-year entry-level contract with the Toronto Maple Leafs in 2015 and played six games that season in the NHL, scoring his first pro goal in the final game of the year.

The former Penn Stater played the following season with the AHL Toronto Marlies before being traded to Ottawa during the 2015-16 season as part of the Dion Phaneuf trade. While Bailey only saw seven games with the Senators at the NHL level, Islanders head coach Doug Weight sees value to having Bailey in the organization.

“Whether or not he has a chance to compete for a job that’s why he’s here,” Weight said. “But at the very least he scored 24, 25 goals last year in a good league. He can score and he’s had a really competitive camp… I think he could be a piece of the puzzle and if he starts in Bridgeport he’s definitely a guy that can play.

“Can get called up and play into some different role, so we’ll see how he plays here.”

Bailey and McAdam are two of Penn State’s shinning examples of what they hope to do more of as the program continues to develop. The hockey program only became Division I in 2012. The young program won its first conference title this past season and earned its first NCAA Tournament berth.

“I don’t want to take a whole lot of credit for what that program did last year, but I got the opportunity to go into Penn State before I got to this camp,” Bailey said. “I got to see the incoming freshman and I’ve gotten to know those guys pretty well. I’ve tried to stay close to the organization and help out as much as I can. I think they’re going to be another powerhouse again.

Now it sounds like there’s a chance that Bailey and McAdam could make a mark with the Islanders organization.