The Fujiwara Between Fighting And Giving Up 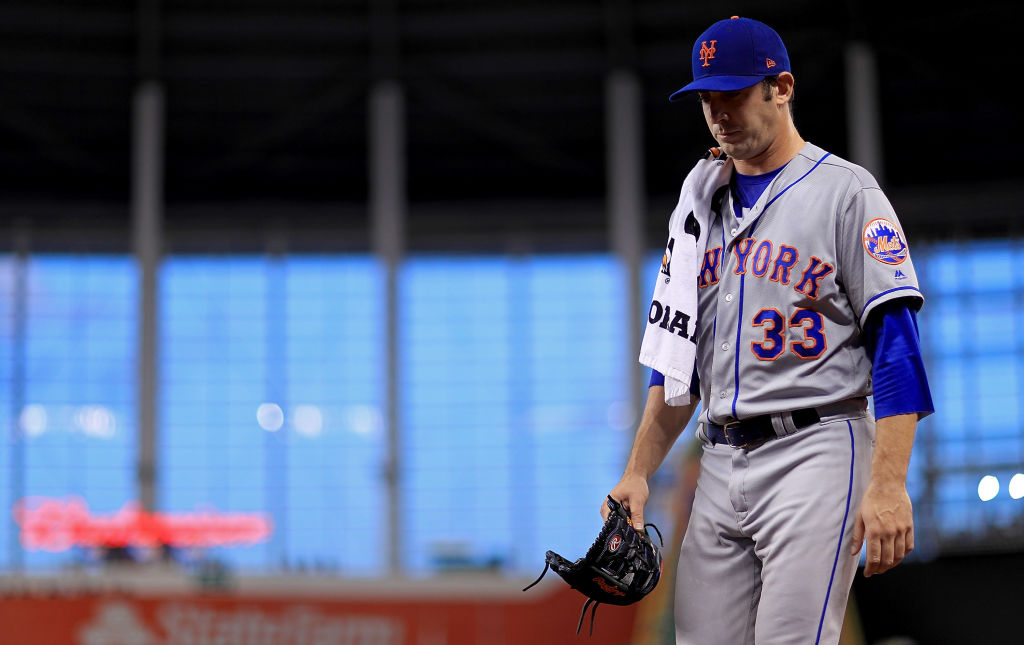 The Fujiwara Between Fighting And Giving Up

I feel bad for Matt Harvey.

Some of you don’t, and that’s fine. But Harvey got clobbered again on Monday. He gave up seven runs in four innings on 12 hits and two walks. He struck out Giancarlo Stanton on high cheese that made me think that maybe there was something there. But Stanton got revenge with his 55th dinger of the season off a slider that looked like a child hitting a whiffle ball off a tee with one of those big plastic bats.

"There's no reason for questions," Matt Harvey said. "There are no answers." #Mets pic.twitter.com/t28bFVJiFP

When a 28-year-old pitcher who once had the entire city in the palm of his hand all of a sudden has to endure talk of reinventing himself or never being the same again, it’s rough. Call it “crossroads”, or what you will. But injuries or not, Harvey isn’t going to feel good going into the off-season and I’m not sure two more starts are going to help.

Collins, asked if Mets should keep starting Harvey: "When somebody tells me why he shouldn't, we'll consider it. What do we have to lose?"

Just see the video above. He’s basically saying he’s terrible, and sniping at the media at the same time. I’d love to trade places with a major league baseball player for a day, a week, a season … but I’m not sure I want to be Matt Harvey tonight.

Seeing the Mets giving up seven runs in an inning, and then coming back from break to see a highlight of a Neil Walker two run single. I mean, I’m happy for Neil, but dammit can this season end already?