Nerds say Celtics vs Warriors is most likely Finals matchup 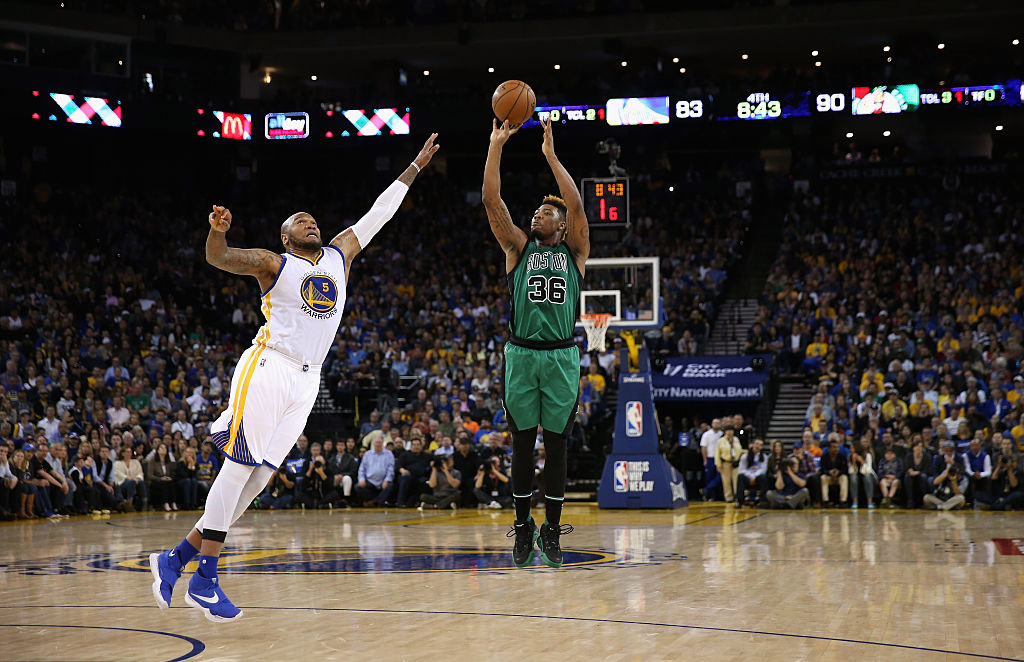 Nerds say Celtics vs Warriors is most likely Finals matchup

ESPN just dropped its Preseason Basketball Power Index (BPI) and the Warriors are GIGANTIC favorites to win it all.

How GIGANTIC? They’re given a 57.9% chance to repeat. That’s even better than last season.

The Rockets, Spurs, Celtics and Thunder round out the top 5.

The Celtics have a 12% chance to win Banner 18 and the most likely Finals match-up is Golden State vs Boston (25%).

And let’s not forget we also have interest in the bottom of the standings:

While Boston might keep an eye on the pick it traded to Cleveland, much more important to the Celtics is the Lakers’ pick, which becomes theirs if it falls between 2-5 as a result of the trade the 76ers made with the Celtics for the first overall pick in the 2017 draft. That pick has an 18.3 percent chance of falling in the zone that would result in the Sixers shipping it to Boston.

I  wouldn’t be fulfilling my cranky, old man duties if I didn’t remind you that A LOT can transpire between now and June.

There is only one certainty… the Lakers are still shit.