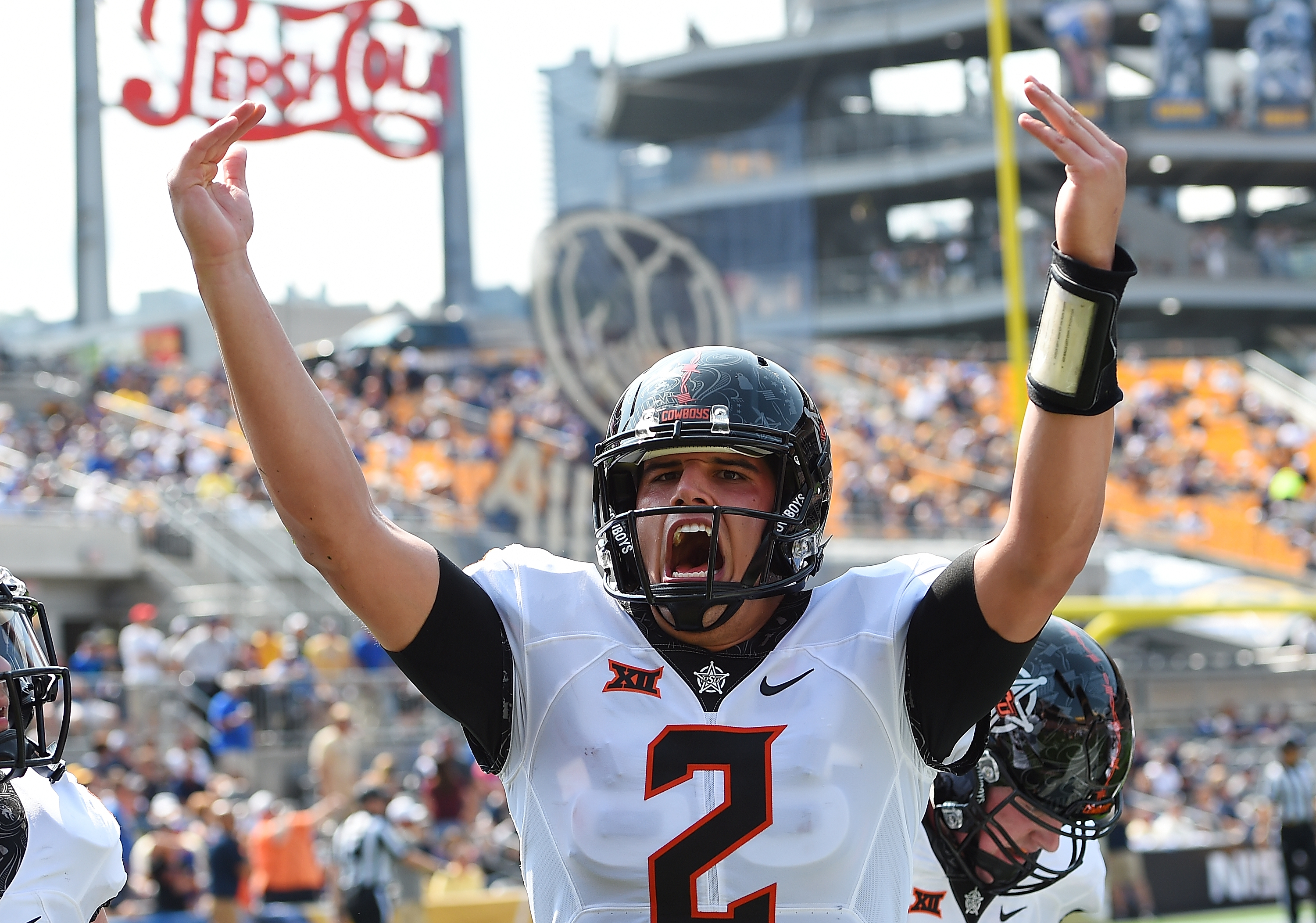 In an effort to diversify the Fire Joe Morgan pieces #onhere, I’ve avoided the Sully’s of the beat to allow my blood pressure to seek normalcy. However, this missive from Albert Breer was just what the doctor (didn’t?) ordered!

.@AlbertBreer pulled together a too-early 2018 NFL draft big board (top 10 players) and ran it by a few NFL scouts https://t.co/ClRhWdbuZr

When last we heard from dear Albert, he was denying that there was any truth to racist comments directed at Adam Jones, despite Adam Jones claiming otherwise and the MLB and Red Sox apologizing profusely. Or was it when he claimed that Colin Kaepernick’s blacklisting from the NFL was “purely football reasons” and not a reaction to Kaepernick making a statement to address serious issues in the current American criminal system, culture and lifestyle – all the while allowing these bastions of football knowledge to be the ‘Racer X’ of quotes to protect them from rightful scorn?

Anyway, the guy who says words only means things if he says them, as is his penchant for allowing things to be said in the dark without any hint of checking the track records of the messengers has now moved onto the 2018 NFL draft scene.

[Yes, when talking about the draft I’m wont to talk in the third person – indulge me.]

As I was saying, I love the draft. And one of the biggest things I’ve taken away in the last 15 years of watching and following the draft to an insane level is the insular nature of NFL evaluators and their Wall Street like “too big to fail” mindset when it comes to their draft norms, with having anonymous scouts code their way through evals being my biggest pet peeve of all.

Reading the article, there are a ton of things I agree with. Perhaps Rudolph’s arm isn’t as strong as it needs to be for the NFL. This may be a bit of a spoiler alert for my first QB check in podcast with Mike McKenzie, but looking at the way team McBeane have gushed about the senior status of McWhaley’s only class, I would think they may like him just fine. But the season is long and full of terrors, so that’s a bridge to cross another day.

The adherence to allowing these evaluators to hide behind the Albert Breer (via Peter King) shield of authenticity also allows for some of the coding that will inevitably occur to be easy parlance.

[For those that doubt this, remember that Dak Prescott and Jimmy Garoppolo came from a similar type of offense, yet Prescott was the risk. Funny how that is.]

And the coding doesn’t just lie across racial lines – look at my case study in coding, Josh Rosen. As he goes through the pre-draft process, I can bet my house how many times people will cite lack of leadership and team orientation because he dares to speak up about social issues beyond the “aw shucks I just play the sportsball” answer many GMs, coaches and owners want to hear.

My first question reading articles like this is, what is the angle of the author/scouts?

In the case of Breer, an area scout says that Rudolph is surrounded by top talent, which is undeniable:

Added an area scout: “Not as good as the media wants everyone to believe; he’s a Day 3 guy. His accuracy isn’t as good as the numbers show—his receivers make a lot of tough catches for him. Arm strength is adequate, not tops. What’s the difference between him and Bryce Petty?”

Compare that to an article deeper in the thread, where Breer talks about Josh Allen of Wyoming:

Obviously, given that level of competition is an issue on his résumé, you can bet these performances will come up in the spring. And yet, the major takeaway I got from NFL evaluators when I asked around about it: how little help Allen has around him.

So in one case, the quarterback has too much talent around him; in the other, not enough. When these quarterbacks get to the NFL, unless the Bengals continue their descent into madness this year they’re going to be surrounded by inferior talent. When the Raiders drafted Derek Carr in the second round, they had Amari Cooper and later Michael Crabtree in free agency – giving their “franchise” quarterback 2 top-10 picks on the outside. They didn’t just leave him with Andre Holmes and a dream.

The Bills currently have a rookie and the cast of Hogan’s Heroes. So when I look at these quarterbacks, if they’re slumming, that’s fine. If they’re surrounded by talent, that’s also fine. If they have good coaching that is fine. I would hope in the year of our Lord 2017 the NFL has similar things for their newly minted quarterbacks, or am I crazy?

When Breer allows these people to spill their tea without the benefit of being identified, this is also a way to insulate the speaker from owning their record, for good or for ill. If this is Matt Millen waxing philosophic, a lot of people may tune him out compared to say Ron Wolf. The area scout that compared Rudolph to Bryce Petty, has he had a track record of identifying quarterback talent? When I look back at Tyler Dunne’s logical reasoning behind the Bills considering Brian Gutekunst of the Packers for the GM role, it makes the point clear I think:

When an evaluator is from a system and has a track record of success, I’d be more inclined to trust their decisions. That’s not to say I do not trust Beane’s decisions – but anyone who’d go to Albert Breer already is putting up red flags for me to begin with, let alone with the “bonus” of not owning their words. This group’s evaluations ring hollow because there is no weight behind it, akin to Sully’s mysterious friend that always shows up between articles to grace him with a line or two at the “bar”.

And this is where I took umbrage with Joe and the “QBs make wide receivers better” idea that permeates a lot of the NFL. These excuses – “wrong system”, “had too much help”, “had too little help” can’t cut it anymore. Looking at this quarterback class and beyond with a Bills-centric lens, the offense the Bills are running will need more talent. You cannot hope that a quarterback will make Andre Holmes better. Did Derek Carr?

Nor can the mindset that a quarterback from a system that focuses on shotgun is “gimmicky”. 63% of the time NFL quarterbacks were in shotgun last year – so this is only going to continue. Additionally, with the age of the 14 passers that threw for 4,000 yards or more last year falling perfectly in half – 7 over 31, 7 under – the NFL has to adapt or die, as the current crop of quarterbacks from college will be replacing a good portion of those gunslingers.

The NFL (and Bills in particular) needs to get better adapting to the skillsets and abilities of the players that they’re getting AND surround them with talent. That seems logical but apparently that is going to be the revolution. Instead of playing the Colts card of “it’s all on you QB”, how about playing the Raider, Patriot or Bengal card – where you surround your quarterback with talent and allow their weaknesses to be minimized as much as you maximize their strengths?

The easiest way to start those conversations and make progress is to force these evaluators into the light, because it’s easy to say “he can’t do x” when Albert Breer’s on the phone and your house isn’t on the line. Unfortunately for these players, they’ll get the slings and arrows without ever knowing where they came from. To me, this isn’t about what you think about Mason Rudolph, really – it’s about the people that want to evaluate him without putting their name on it.