The Cleveland Indians, and the Battle Between Analytics and Tradition 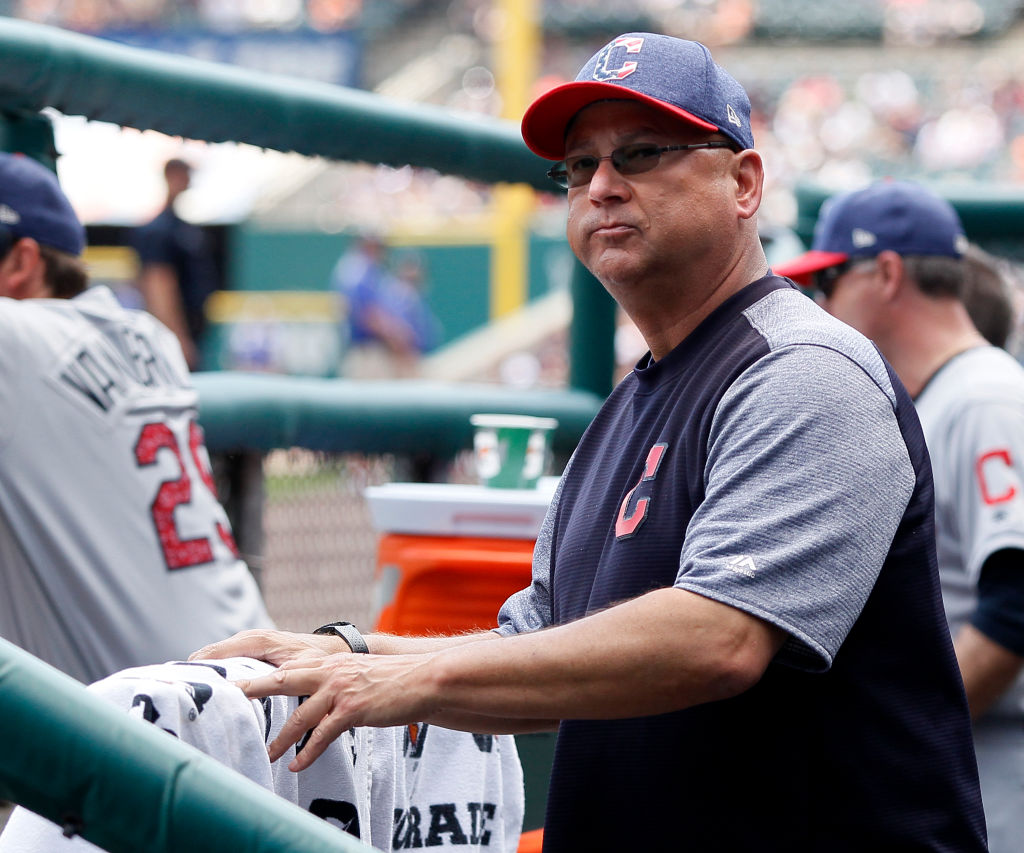 The Cleveland Indians, and the Battle Between Analytics and Tradition

For bloggers and Twitter-users such as myself, the game of baseball can seem black and white. Just about every decision your favorite team makes can be applauded or criticized, depending on any number of advanced statistics.

In 2017 alone, Tribe fans are all too familiar with the Cleveland’s failure to incorporate the numbers into their decisions. Advanced stats tell us a number of things that the Indians seem to have missed: Roberto Perez should be playing more than Yan Gomes. Jose Ramirez should’ve been hitting third all season. Francisco Lindor shouldn’t bunt, ever. Michael Martinez has no business being on the 25-man roster of a team with World Series aspirations.

During Cleveland’s pre-winning streak days of 2017, I genuinely believed the Indians were underachieving due in part to Terry Francona‘s refusal to accept analytically-driven ideas, including (but not limited to) the concepts mentioned above. Francona had managed to be open-minded when it came to his usage of Andrew Miller in last season – why couldn’t he believe the numbers with seemingly anything else? When I attended the 2017 SaberSeminar in Boston, I was lucky enough to speak with Sky Andrecheck, the Director of Analytics for the Indians. I couldn’t help but air my frustration in the form of a question:

“Sky, how do you handle the team making decisions that directly contradict the numbers? Your best hitter is hitting fifth, and your All-Star shortstop is among the league leaders in bunts.”

What Andrecheck told me was hardly a revelation. He explained that essentially all the analytics staff can do is make suggestions – and Terry Francona can utilize it however he sees fit. He also explained that there more factors in play than just the numbers. Managing egos, confidence, and adversity are also key parts of the equation. Of course, Andrecheck pointed out that there are few managers who perform that aspect of the job better than Francona.

Perhaps I had expected Andrecheck to share my frustration. Maybe inside he does, but at least externally, he expressed a confidence in Francona over the long run, even when he seems to set aside the analytics staff’s advice.

If Chris Antonetti, Mike Chernoff, and Francona were to make all their roster and strategy decisions like robots, team morale and chemistry would surely take a hit. The reality is, many players have trouble accepting analytical concepts. We know this for a fact based on things like Eno Sarris’ account of Eric Hosmer and Mike Moustakas ridiculing him in the clubhouse for asking about ground ball rates. Further, we’ve seen those in charge hesitate to expose their players to analytics. In an interview with Jordan Bastian, Tribe pitching coach Mickey Callaway admitted that the team had moved away from advanced scouting reports during Cleveland’s winning streak. Meanwhile, Alex Eckelman – Cleveland’s Assistant Director of Player Development – recently told Mike Hattery in a piece for Fangraphs that “using analytics in development is based on whether or not they can be digested by the player.”

Clearly, a balance needs to be struck in baseball. Teams need to utilize advanced metrics, while still implementing enough old-school practices so they can keep their players confident and comfortable. Despite my frustration earlier this season, it appears Andrecheck’s claim that Francona is one of the best in the game at his job appears to be largely true. Why? Most of the analytical-driven ideas that I had mentioned above have been adopted – it just took Cleveland a little time.

One of the biggest analytical gripes with Cleveland was Francisco Lindor’s tendency to bunt early in games. This isn’t the place to dive into why bunting early in games is generally wrong, but it shouldn’t be difficult to understand why a player with 30 home runs shouldn’t give away automatic outs.

Entering August, Lindor was tied for 4th in baseball with 5 sacrifice bunts, excluding pitchers. Not surprisingly, Lindor was the only player in the top five with a wRC+ above 95 in 2017. The players bunting most frequently were all below-average hitters, while Lindor is markedly above average.

Despite Lindor stating on the record that he had no plans to stop bunting so frequently, he hasn’t laid down a sacrifice bunt since July. We don’t know if Francona influenced this decision, but we do know analytical thinking eventually prevailed.

Just like Lindor’s decrease in bunts, Ramirez hasn’t batted fifth since July, and has been plugged into the #3 hole recently. This perhaps had more to do with Michael Brantley‘s injury and the trade for Jay Bruce than anything else, but in the end, Cleveland’s recent approach regarding Ramirez in the batting order has aligned more closely with the numbers.

The recent changes don’t stop there: Entering 2017, Yan Gomes was Cleveland’s unquestioned starting catcher, despite the numbers suggesting Roberto Perez would be a similar hitter, with a similar caught-stealing percentage, and, most importantly, framing much better than Gomes.

Perez was unquestionably the better player, according to the numbers. But, Gomes had been the starting catcher since mid-2013, and without the framing stats, Perez wouldn’t be a clear better option than Gomes. Demoting Gomes surely would have caused tension in the clubhouse, which is the best bet as to why Francona maintained the status quo.

Sure enough, Perez has been the better player in 2017 due to his framing, while playing significantly less than Gomes.

However, as the season has gone on, Francona has played Perez more frequently. In September, Perez has started 10 of 19 games for Cleveland, after starting 39 of the first 132 games. It took Francona most of the season, but eventually he found a way to transition in Perez into at least a co-starter, instead of Gomes’ understudy.

Perhaps the most celebrated of Cleveland’s slow-played, analytical-based decisions was the team DFA-ing Michael Martinez in May. After carrying a player whose stats said he was mediocre-at-best on defense and historically bad on offense into the playoffs last season and into this season, the Indians finally moved on from Martinez (although he remains in Cleveland’s system), instead opting to carry Giovanny Urshela and Erik Gonzalez as utility infielders.

For the most part, Terry Francona and Cleveland’s decision makers have slowly gravitated towards sound decisions that are supported by the data. While we don’t know much of the behind-the-scenes reasoning, we do know that making analytical decisions can be difficult to grasp for the players involved. As frustrating as it can be to wait for the right moves to be made, it seems Andrecheck’s originally sentiment is the best philosophy to take: Trust in Tito.