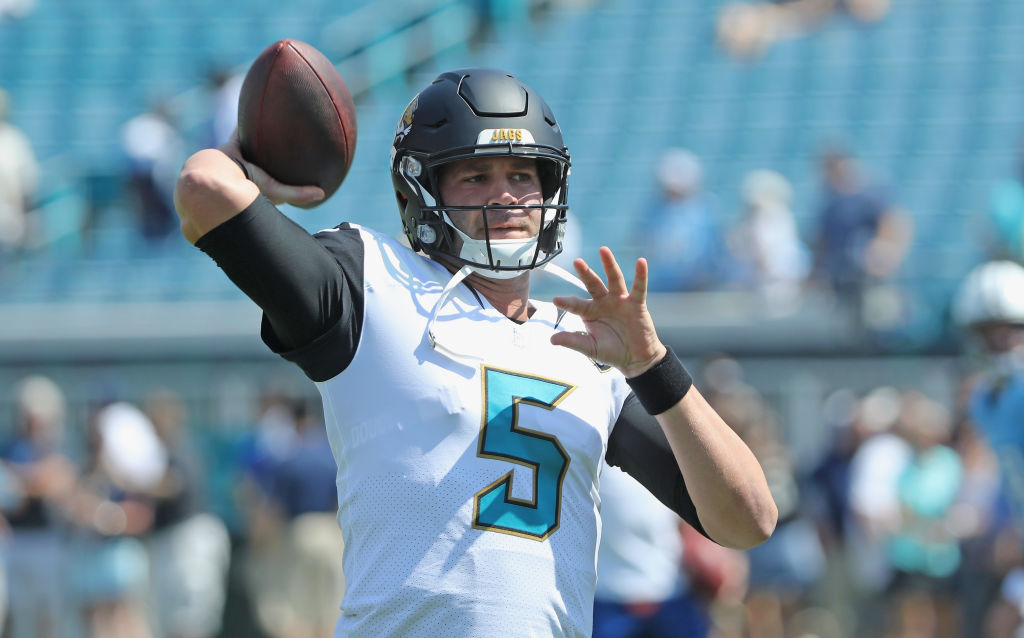 The Jaguars did a good job of hiding Blake Bortles in the team’s Week 1 win over the Texans. He attempted only 21 passes — completing 11 of them — and allowed the defense and run game to win the divisional matchup for him. All he had to do was manage the game and not turn the football over.

Last week’s game against the Titans was a bit different. Tennessee bottled up Leonard Fournette, and the pressure was back on Bortles’ shoulders. The result was three turnovers, which helped lead to a blowout loss.

And apparently, the Titans knew Bortles was the team’s main weakness on offense heading into the game. Cornerback Logan Ryan shared some thoughts on SiriusXM NFL Radio, which Charean Williams of Pro Football Talk transcribed.

“I don’t think they have a lot of confidence,” Ryan said. “I think it’s well known . . . they don’t have a lot of confidence in their quarterback situation. They’re relying on the running game, and they’re relying on possession passing and taking the ball out of his [hands], preventing him from losing the game. But there comes a time when you’ve got to go win the game, and we have the quarterback, and we have the team that isn’t afraid to win it when we need to. And I felt like once we stopped doing what they wanted to do, we felt comfortable, and they felt a little uncomfortable.”

The Jaguars signed former Giants quarterback Ryan Nassib on Monday, so it will be interesting to see if Bortles lasts the entire season as the team’s starting quarterback. This is a make-or-break season for him, and the pressure is on.