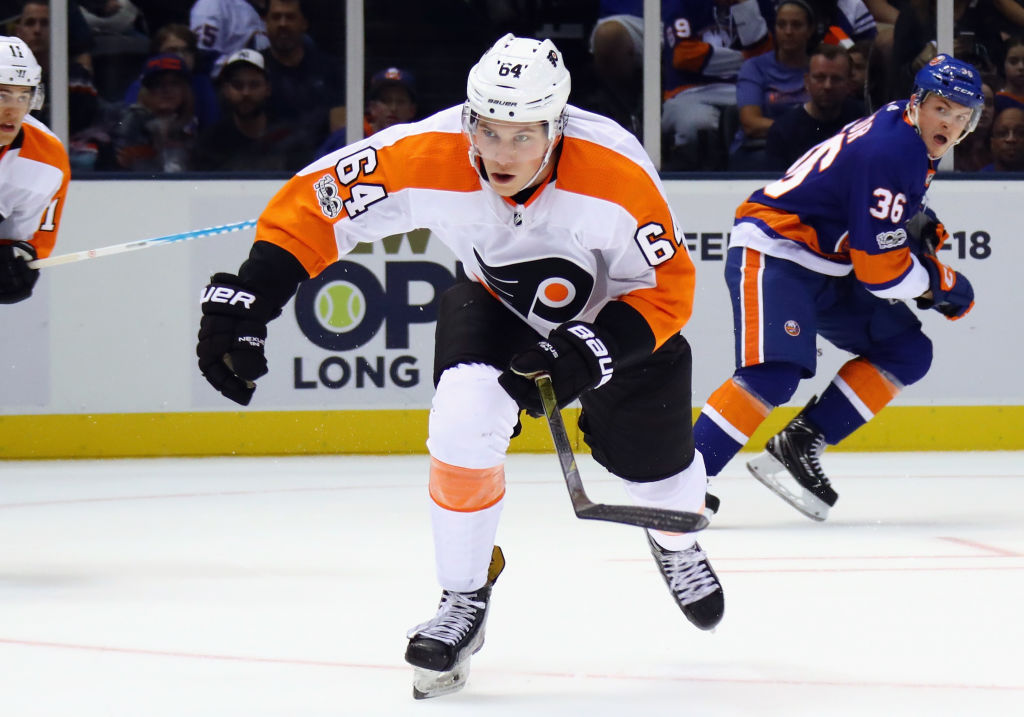 Welcome to the Flyers preseason everyone. Wednesday night, the Flyers played in two separate games: one in Allentown, PA and the other in Brooklyn, NY. Most people were probably looking for a lot of the veterans like Claude Giroux and Wayne Simmonds to play, but they will most likely play Thursday in the preseason game against the Bruins. Shayne Gostisbehere, however, did play in the game in Allentown.

Here are the players that played in each game.

For this post, a majority of the focus will be on the game that took place in Allentown, but here are the basics from the Flyers at Islanders game.

The fact that Travis Konecny was able to get two points in the first game of the preseason is showing (slash confirming) my prediction this season for TK. He is going to have a stellar year if he continues the performance that he had. Alex Lyon and Carter Hart were the goaltenders for that game, however only Alex Lyon saw any ice time, stopped 26 shots on 29 saves.

There were a lot of great things that came out of the game last night vs the Islanders in Allentown, but there are few key things that I’ll address.