LOOK: Levi's Stadium had plenty of open seats for Rams-49ers 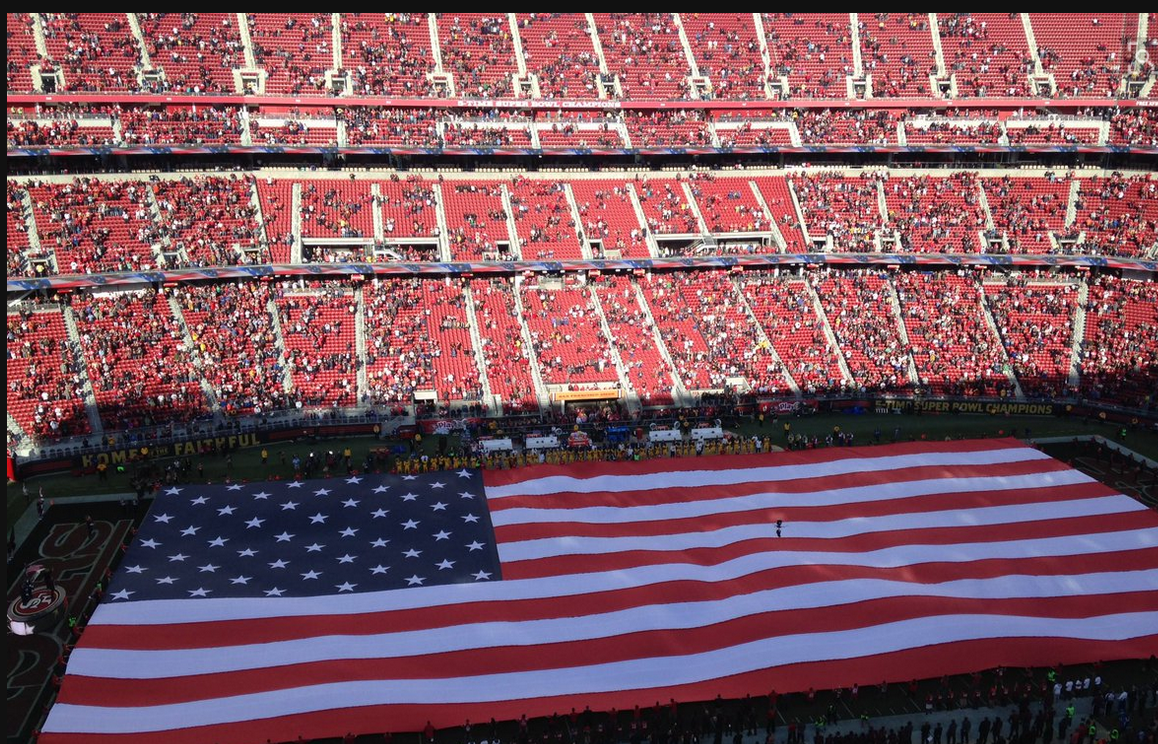 LOOK: Levi's Stadium had plenty of open seats for Rams-49ers

The 49ers hosted their intrastate rival 49ers at Levi’s Stadium on Thursday night, but the stadium wasn’t exactly packed with fans who were excited to watch the NFC West matchup.

It’s usually not a big issue selling out nationally-televised games, especially ones involving Los Angeles and San Francisco. That rivalry is strong, as we’ve seen on the baseball diamond when the Giants and Dodgers square off.

But the NFL is a different story, and not too many fans were at Levi’s Stadium for the national anthem.

Shot of @LevisStadium before kickoff. Plenty of good seats available for #LARvsSF

Unreal. Kickoff in less than 15 minutes – this is an NFL stadium @RamsNFL @49ers @LevisStadium pic.twitter.com/bp54YBoMPU

Rush-hour traffic sure didn’t make it easier for fans to get to the stadium on time.

5 pm Thursday traffic in the Bay. The blue dot is Levi's Stadium pic.twitter.com/pr0qiNNfqF

Attendance has become an issue at NFL games, but Levi’s Stadium was even more barren than other venues have been.