No Mention Of Carmelo Anthony in Scott Perry's MSG Blog 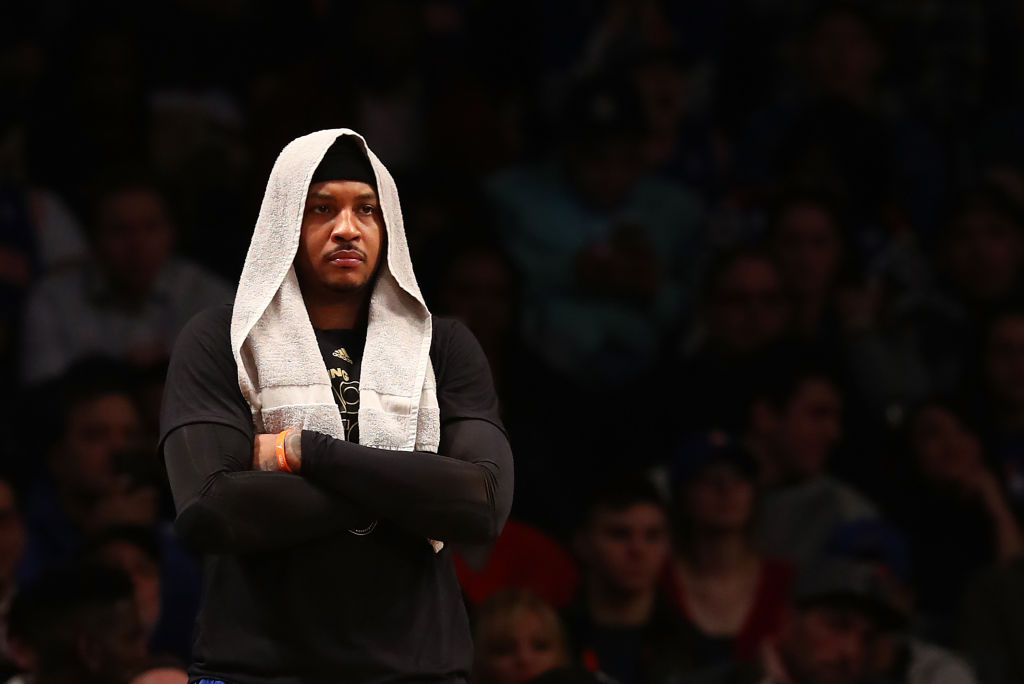 No Mention Of Carmelo Anthony in Scott Perry's MSG Blog

In discussing the team’s vision for the future, Perry explained, “Reshaping the Knicks as a championship contender will be a step-by-step process, and along the way, the plan will demand patience, as our young core of Kristaps Porzingis, Tim Hardaway Jr., Willy Hernangómez, Frank Ntilikina and Ron Baker mature.”

Even with mere days away until training camp begins and Anthony still a member of this team, the executive made no mention of the 33 year old. For his next trick, will Perry make Anthony disappear? Time is ticking. The season begins soon and New York will need to acknowledge its incumbent star forward before things become even more tense. It may not be an ideal situation, but the Knicks have already waited this long. If Anthony is still a member of this team come next week (or if the team knows no deal will be made before then), then he needs to be embraced as both sides aim to make the best out of an already uncomfortable situation.

As for what lies ahead for the Knicks as they begin a new campaign, Perry added, “If my team’s makeup is to attack all loose balls and win that battle more than our opponent, only then will I be satisfied. That’s the kind of club I want to construct, the sort of team I’d pay to watch I want us to set a standard. I want us to put our stakes in the ground and say, “this is our culture.”

Isolating and/or ignoring Anthony’s presence on this ball club isn’t exactly something that screams positive culture as the Knicks look to turn over a new leaf.