Noah Syndergaard Will Be Re-Evaluated In New York Tomorrow 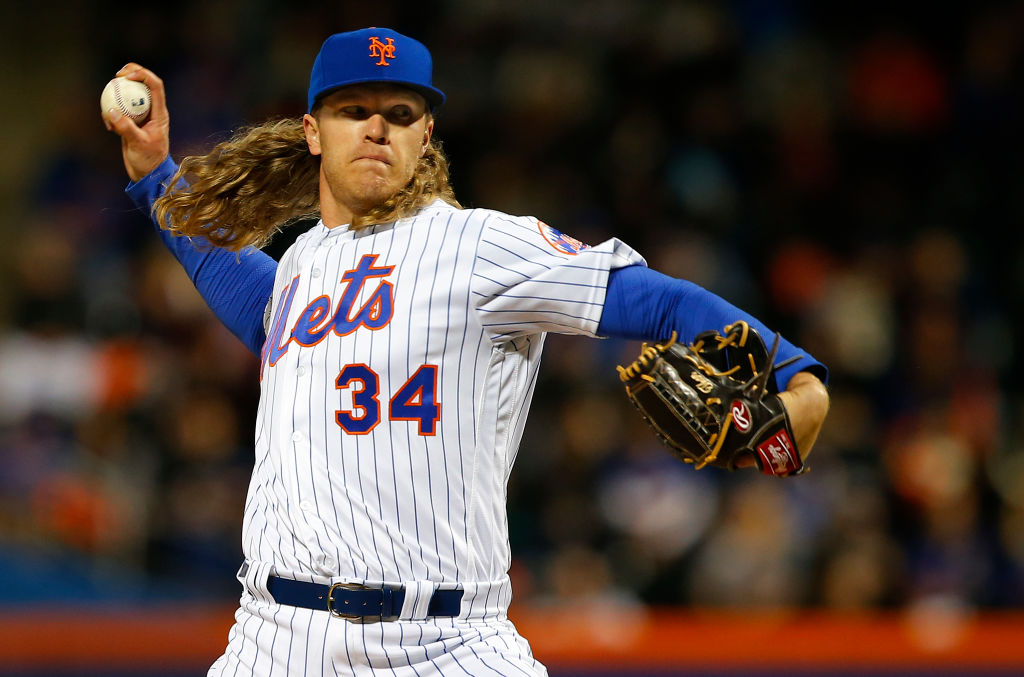 Noah Syndergaard Will Be Re-Evaluated In New York Tomorrow

The fate of Noah Syndergaard’s return to the New York Mets may well be decided tomorrow. The Mets will evaluate Syndergaard then, several days after he threw a successful simulated game in Miami. The hope is that Syndergaard will pitch with Robert Gsellman on Saturday in a platoon game, Kristie Ackert of the New York Daily News reports. In this scenario, the Mets would have Syndergaard start the game and pitch an inning or two before giving way to Gsellman, who would pitch (hopefully) the bulk of the game.

NEW YORK, NY – APRIL 09: Pitcher Noah Syndergaard #34 of the New York Mets delivers a pitch against the Miami Marlins during the first inning of a game at Citi Field on April 9, 2017 in New York City. (Photo by Rich Schultz/Getty Images)

The Mets have recently expressed concerns about making sure Syndergaard is 100% healthy before they let him take the mound. Even if Syndergaard is able to get back on the bump on Saturday, his pitch count will be severely restricted and he will make only two appearances for the remainder of the season. The Mets definitely don’t need more than that from Syndergaard in a season where they are on pace to lose 90 games, but the appearances are more about giving their ace peace of mind. Syndergaard has made it clear that he wants to get back on the bump and face big league hitters in a competitive setting to avoid going essentially a full year without doing so. If all goes well tomorrow, Syndergaard will get his wish and the Mets will have a silver lining at the end of this miserable season.