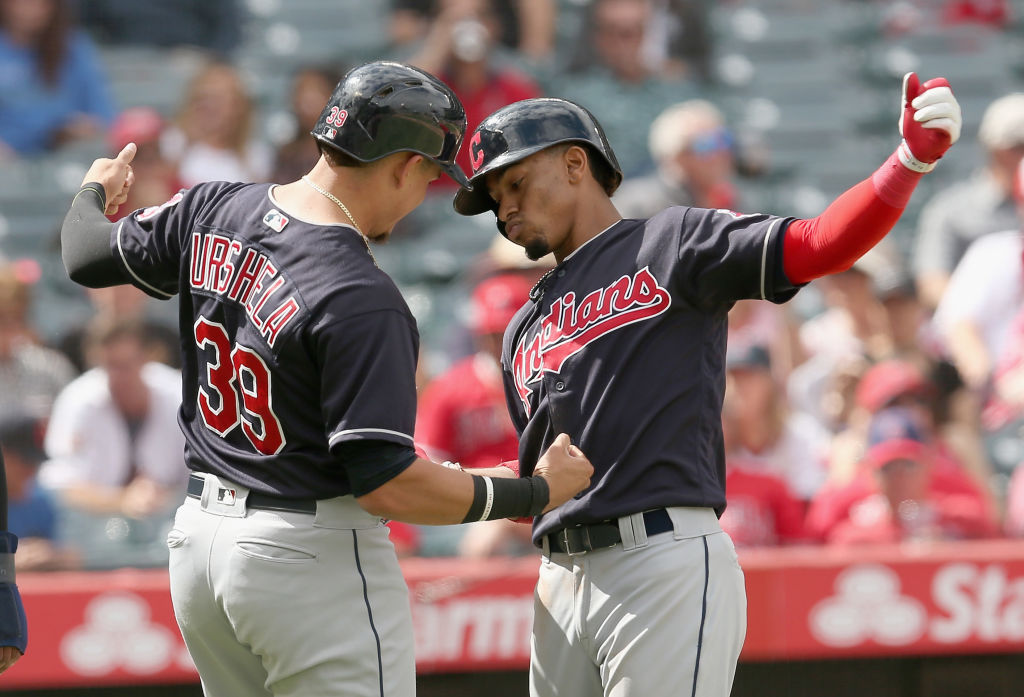 This game had a bit more riding on it than one normally would for a team that had already clinched a play-off spot as Danny Salazar made what was possibly his last start of the year. If the Indians were judging whether or not to use him in the post-season, they got a little of everything to look at. He gave up a run in the first on a two out double from Albert Pujols, but didn’t allow another hit and struck out four in 3.1 innings.

Parker Bridwell stuck in the game longer as he wasn’t on a pitch count, but he didn’t fare any better. He allowed one in the first four innings as well, this on an Edwin Encarnacion home run. However, he ran into a bit of bad luck in the 5th, then Francisco Lindor to break things open. Yan Gomes lead off the inning with a fairly routine fly to right that was dropped by Kole Calhoun and called a single. Giovanny Urshela then blooped one just out of the reach of Andrealton Simmons, who got a glove on it, but wasn’t able to make the play. With two on, Erik Gonzalez failed a sac bunt attempt for the first out, but Lindor made up for it, hitting his 32nd home run of the year out to straight center for a three run lead.

Zach McAllister had come in for Salazar in the 4th and he would not only strand his inherited runner, but pitched the next inning as well without allowing another base runner, leaving after one out and a walk in the 5th. Otero, in turn, relieved McAllister with one on and ended the inning with a blown hit and run/caught stealing and a strike out. Like McAllister, Otero stayed in for another inning and gave up a single, but finished the frame with a double play and the score still 4-1.

Bridwell would leave in the fifth as well after retiring one batter. He was followed by a flurry of Angels relievers who had little trouble keeping the Indians scoreless for the rest of the game.

Andrew Miller would make his fourth appearances since returning from the DL in the 7th and, despite two walks and an infield single, didn’t allow a run as he struck out batters for all three outs. Nick Goody would relieve him for the 8th and with two strike outs of his own, helped the Indians tie the 2016 Los Angeles Dodgers for the most strike outs in a single season in MLB history at 1,510. Tyler Olson would finish the game and earn the save. With another strike out, Olson made that number 1,511, the most in MLB history.

The first man into the fray after Salazar, McAllister went 1.2 IP, stranded a runner and allowed just one base runner on a walk.

Encarnacion increased his team lead with his 38th home run, tying the game at one in the second inning.

For the second game in a row, Lindor’s home run provided the difference in the score. Today, it was a three run shot that broke the tie.

Tribe Time Tomorrow: The Indians will begin their final road series of the season Friday night with their final 10 PM start time. Erasmo Ramirez will start for the Mariners against Trevor Bauer as the Indians shift their starting rotation in preparation for the ALDS.