#RaceToQBMountain Stock Up / Stock Down by @Mack10zie 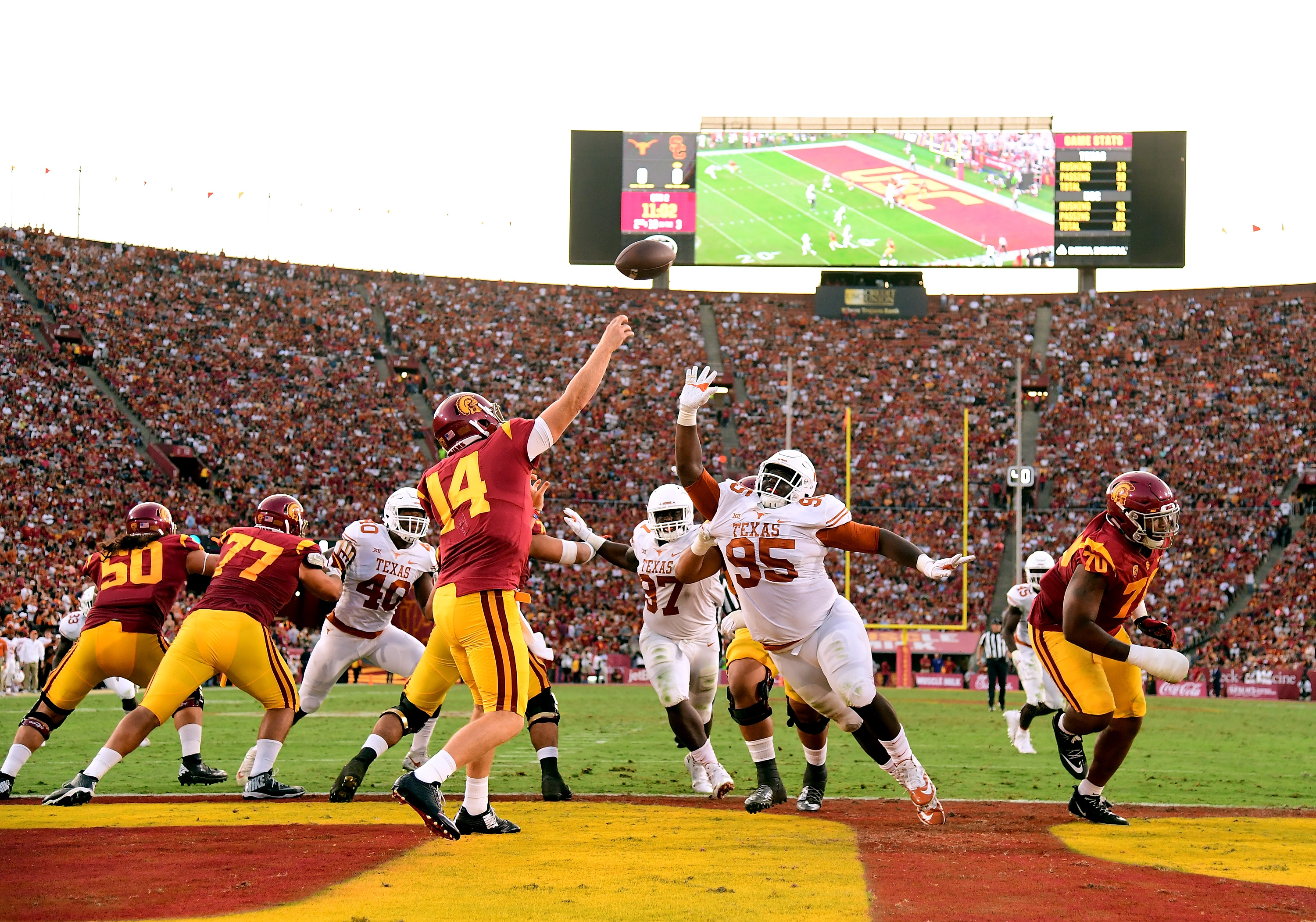 #RaceToQBMountain Stock Up / Stock Down by @Mack10zie

Now that we are a couple weeks into the college football season, it’s time to evaluate a few guys.  Unfortunately, Albert Breer beat me to the punch, but not all my opinions are the same as his.

Sam Darnold – Stock down slightly: Look, he still may be the first overall pick, but when the season started, it was a no questions asked if he would be #1.  He has thrown more interceptions than on would hope, and against lesser competition.

Josh Rosen – Stock up slightly: The comeback against Texas A&M put the spotlight on him early.  He clearly has an NFL arm, and is in an NFL system.  He went from clear-cut number 2, to in the conversation for #1.

Josh Allen – Stock down: This is what happens when you play for Wyoming.  It’s tough to play well when you don’t have a ton of talent around you.  His poor showing against Iowa and Oregon, his only 2 Power 5 games hurts.  He is clearly behind the California players.

Mason Rudolph – Stock up: Purely by performance, Mason has had the best season. He is likely the Heisman front runner, and has the numbers to back it up.  He does throw to several NFL WRs, and I still question the transition from his offense into the NFL.  Questions about his arm strength are out there, but in a dome, or warm weather city, he could be a starter.

Lamar Jackson – Stock down: The most exciting player in college, and the guy I would start a team with if I were a college team. However, his athleticism won’t be able to get him out of trouble as often in the NFL, and his accuracy via completing percentage (already a question) has gone down.

Baker Mayfield – Stock up: Mayfield has gone from a fringe draft pick, to a likely day 2 pick.  He is small, but seems to have enough of an arm, and has put up numbers against good teams as well.  At the very least, he could get drafted as a back-up, or for a project down the road.

Luke Falk – Stock down: He played near perfect against Oregon State a week after being benched against Boise State.  Another possible system guy, we will find out something in a week when he plays USC.

Jarrett Stidham – Stock way down: He was mentioned as a dark horse Heisman guy in preseason, but he has fallen flat.  His coach is on the hot seat, and his OL gets him hit just about every other attempt.

Riley Ferguson – Stock Up: I’m interested to see how he handles the new attention he will get now that Memphis beat UCLA last week. He is a big kid, like 6’4” big, so he does have prototypical size.

We will see how the season shakes out, but I still expect Rosen and Darnold to go 1-2.  I’m not sure of the order as of today.  As a Bills fan, one should be excited about the talent in this QB class, but one should also worry because it looks like there are several teams worse than Buffalo.  A story worth watching is what happens to Indy if Andrew Luck misses this season. Stay tuned…..