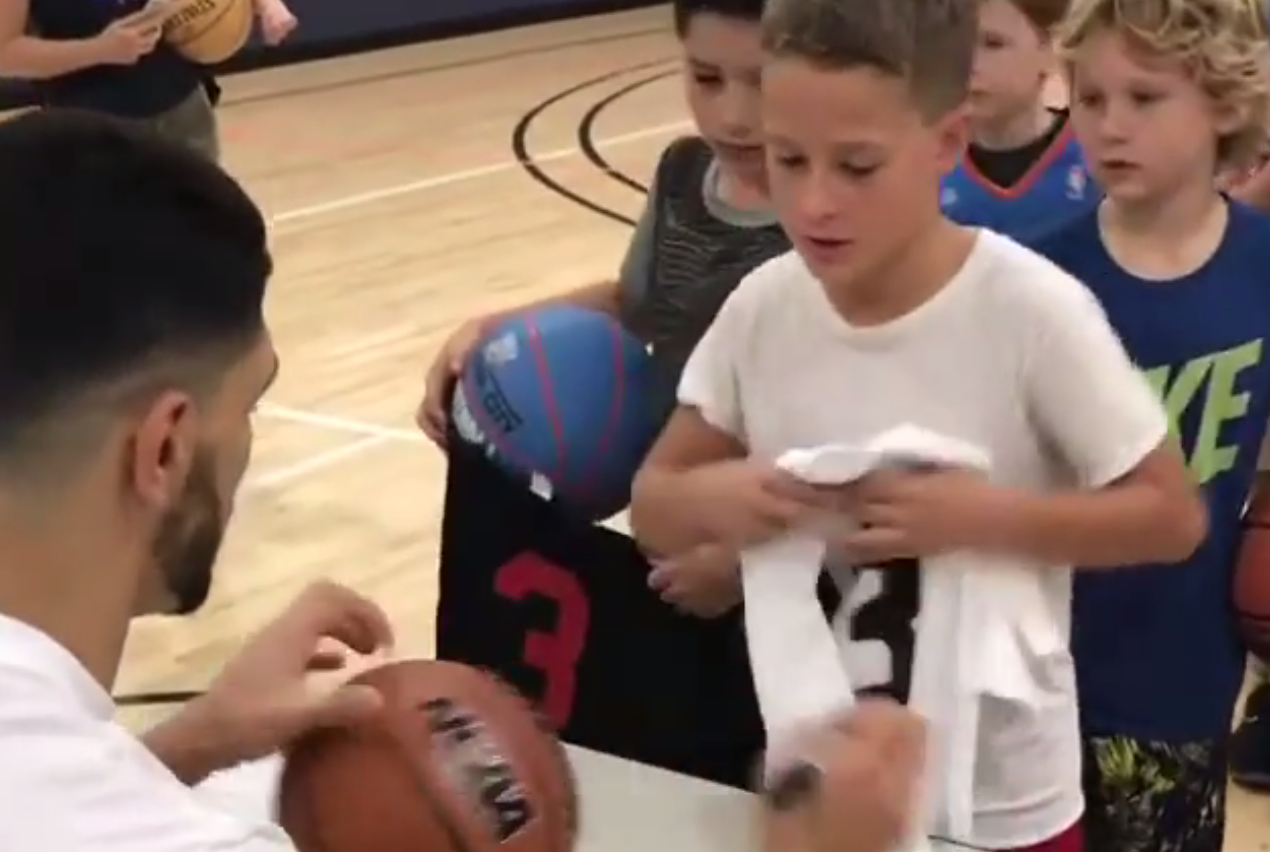 Enes Kanter probably didn’t expect what one particular fan had to say to him at his basketball camp on Friday.

While Kanter was graciously signing autographs for the kids, one particular fan made his way to the front of the line, looking to get his ball and shirt autographed.

The kid calmly approached Kanter, and then thanked him for going after Kevin Durant, to which the Thunder big man just laughed.

Kanter probably wasn’t expecting that comment, which came out of nowhere, and was pretty funny. Kids have no filter, and will say whatever is on their mind.