Switching Genres And Switching Closers (But There's No Switching Universes) 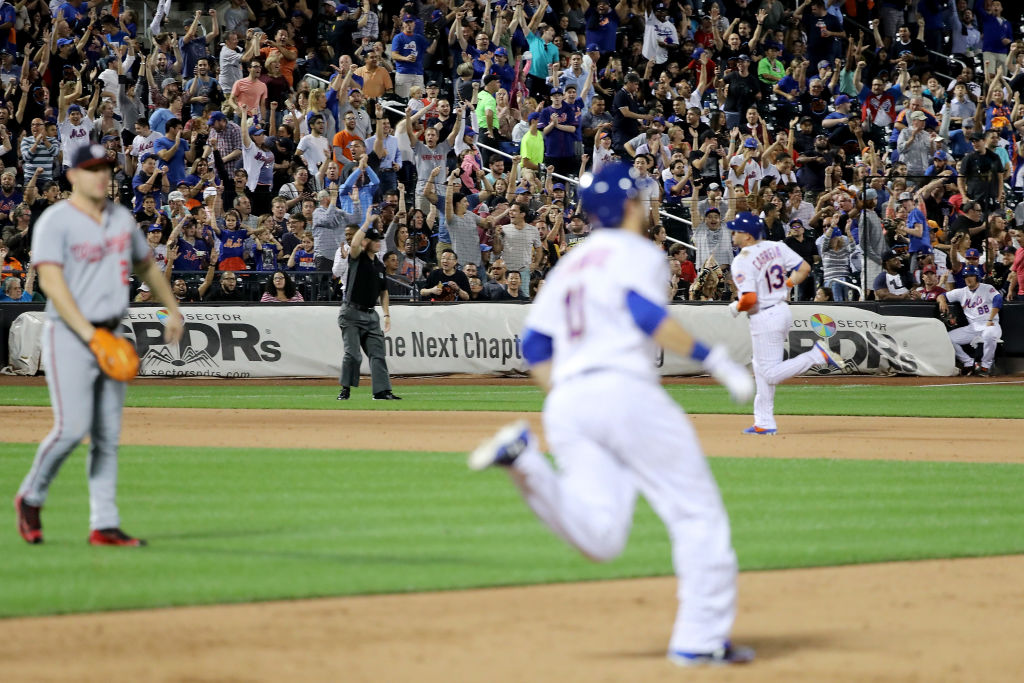 Switching Genres And Switching Closers (But There's No Switching Universes)

Gary, Keith and Ron called Friday’s game against the Nationals from the Citi Perk seats just below the Shea Bridge. They interviewed Liev Schreiber and a couple of season ticket holders. Keith Hernandez ate a chicken parm sandwich. It was all very entertaining. They’re always entertaining, whether they’re calling a meaningful game or a game that is being played because the schedule says so, as was the case on Friday. But what struck me was how self aware they were in what they were doing, notably Ron, who admitted that this wasn’t the kind of “pay attention to every pitch” kind of game, and more of a light, bubbly, fun game. They move into that mode all too often (which is an indictment of how the team has been playing most seasons since 2009), and yet they do so seamlessly like Schwarzenegger doing “Kindergarten Cop” or Darius Rucker covering “Wagon Wheel“.

It wouldn’t have been that way if the Mets were in a pennant race. In fact, had the Mets been in it, this 7-6 victory in which the Mets once trailed 6-1 would have been an instant classic, with Travis d’Arnaud hitting two home runs, including a three run home run to tie it in the fifth when season ticket holder Federico was providing the team good luck with his presence. Nori Aoki making a sliding catch in the ninth would have been a monstrous moment, as would Jeurys Familia’s first save since May 5th have been after rescuing A.J. Ramos and his suicidal slider. Of course, if this game was played under the context of a pennant race, Familia would have had many saves since May 5th. Aoki and Ramos probably aren’t even on the team, and the game would have featured Noah Syndergaard against Bryce Harper, Ryan Zimmermann, and Anthony Rendon rather than Robert Gsellman getting his head beat in by Wilmer Difo, Adam Lind, and for crissakes Alejandro De Aza. As for d’Arnaud, if he’s facing Edwin Jackson and Joe Blanton in this alternate universe, I’d be very surprised.

But you can only play the cards dealt by one universe. That universe has given us this season, these owners, and these players. They also, thankfully, gave us Gary, Keith and Ron to seamlessly go from meaningful to meaningless with the same level of entertainment, and a better rating on Rotten Tomatoes than “Jingle All The Way“.