Your Morning Dump... Where Gordon Hayward rips the IT wound wide open 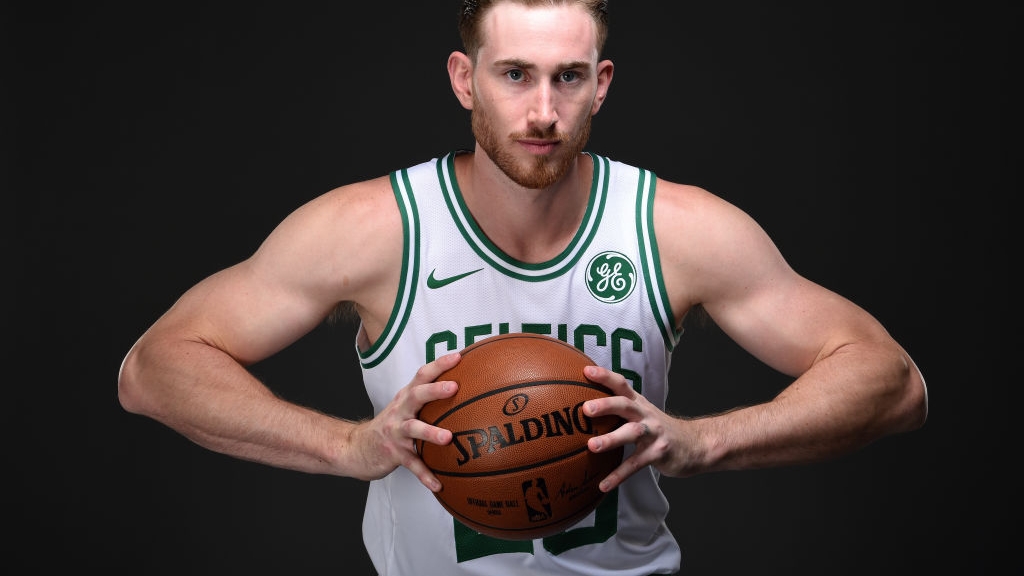 Your Morning Dump... Where Gordon Hayward rips the IT wound wide open

My first reaction was to text I.T., and wish him the best. That was a really strange moment because I’d really been looking forward to playing with him. He didn’t just help recruit me to Boston—he was a big piece of that recruitment. He had talked a lot about city and how it was different to be a Celtic. He talked about the intensity of playing in the Eastern Conference Finals, playing at the Garden in the playoffs, and how much fun it was, and how much fun he had playing in Boston.

All of that ultimately helped win me over. And by the time of the trade, I had already started to build a little bit of a relationship with him.

But that is just how the business works. I have spent enough years in the NBA to realize that things can change like that, in an instant. Still, even though we didn’t necessarily get to be teammates, I’m definitely going to be watching him as a fan. In this league, I think we are all rooting for each other in some way or another—just to try to stay healthy, to try to be the best we can be.

So that door closed, and then another one opened, and Kyrie Irving was a member of the Celtics. I texted Kyrie too, and said, “Welcome to Boston. Let’s do this thing.”

Just as I was ready to just move forward and put the emotions of trading Isaiah Thomas away behind me, Gordon Hayward has to tear everything open again with this story.

Isaiah is such an easy player to love. The way he embraced this city was amazing. To hear how much he influenced Hayward to come to Boston is both amazing and heartbreaking. I mean… when the Hayward news broke, here was Isaiah’s reaction…

Thanks, Gordo, for bringing the emotions back.

Meanwhile the last line of the excerpt shows the coldness of this business.

Go check out the whole Hayward piece because it’s pretty in-depth. He talks about the decision-making process and what he’s been doing to prepare for the season.

“He works extremely hard,” Irving said. “And, of course, having the luxury of going to Duke and understanding what it’s like to be on a great team and play with good players, and how much you have to sacrifice in order for us to be a great team. So the individual goals and the individual talent, we’ve gotta bring the best out of him and he’s gotta bring the best out of us. So once he figures that out, the sky is the limit for that kid.

We haven’t seen Jaylen play against NBA competition yet (summer league doesn’t really count) but Paul Pierce and now Kyrie Irving have come out and said some pretty nice things about the kid.

Is it possible a former Celtic and former Dukie are gassing up a rookie just to make fans feel good? Maybe.

But they didn’t have to say the things they said… at least not in that way.

I think we can get a little excited about him.

… our friends at CelticsHub are trying to come up with a new tip-off song to replace “Welcome to the Jungle.”  I participated and submitted “Strength in Numbers” by Prophets of Rage.

This song has all the elements to work perfectly:

Of course, there would need to be some editing to keep the flow of the song going and people riled u (much like the NBA did with Kendrick Lamar’s “DNA”), but this is one of those mass appeal-type songs than works in this venue. Rock guitar riffs, hip-hop bass lines, the remnants of Rage Against the Machine and Public Enemy for the resistance types (and Cypress Hill’s B-Real for the old school heads)… and above all else a sound that triggers a tiny adrenaline rush and tribalism that immediately focuses 17,000 people on blowing the damn roof off the building.

ESPN Boston: Irving doesn’t let rain stop him from getting comfortable in Boston  |  Future Power Rankings: NBA teams, from 1 to 30